Some Democrats push Sanders to exit 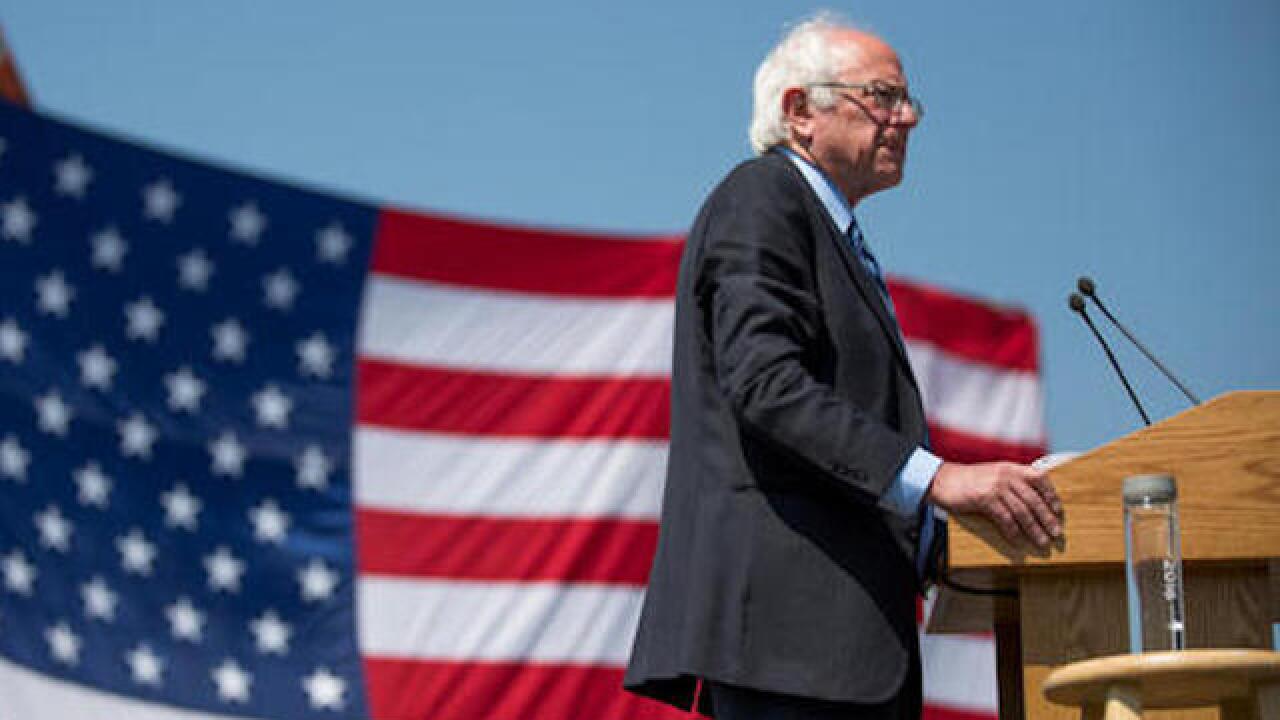 WASHINGTON (AP) — Pressure is mounting on Bernie Sanders to end his campaign for president, with Democratic Party leaders raising alarms that his continued presence in the race is undermining efforts to beat presumptive GOP nominee Donald Trump this fall.

The new concerns come after Sanders' recent wins over front-runner Hillary Clinton in Indiana and West Virginia. While those victories have provided his supporters a fresh sense of momentum heading into next week's primaries in Kentucky and Oregon, they did almost nothing to help Sanders cut into Clinton's nearly insurmountable lead in the delegates who will decide their party's nomination.

"I don't think they think of the downside of this," said Sen. Dianne Feinstein, D-Calif., a Clinton supporter who hosted the 2008 meeting that brokered post-primary peace between Clinton and then-Illinois Sen. Barack Obama.

"It's actually harmful because she can't make that general-election pivot the way she should," Feinstein said. "Trump has made that pivot."

Clinton, her aides and supporters have largely resisted calling on Sanders to drop out, noting that she fought her 2008 primary bid again Obama well into June. But now that Trump has locked up the Republican nomination, they fear the billionaire businessman is capitalizing on Sanders' decision to remain in the race by echoing his attacks and trying to appeal to the same independent, economically frustrated voters that back the Vermont senator.

"I would just hope that he would understand that we need to begin consolidating our vote sooner rather than later," said New York Rep. Steve Israel, a Clinton backer and former chief of efforts to elect Democrats to the House. "Democrats cannot wait too long."

Though Clinton has for the past few weeks largely focused her rhetoric on Trump, campaign aides say the two-front effort hampers their ability to target both Sanders supporters and Republican-leaning independents that may be open to her candidacy. It also means she's spending time in primary states, rather than battlegrounds that will decide the general election.

While they can talk up Clinton, Sanders' determination to contest every state remaining has kept Obama and Vice President Joe Biden largely on the sidelines, benching two of her most powerful advocates.

"It all sort of slows the takeoff of her general-election campaign," said Ohio Sen. Sherrod Brown, a member of the party's liberal wing from a perennial battleground.

Sanders is having none of it, frequently telling the thousands of supporters who attend his rallies that he still has a narrow path to the nomination.

"Please do not moan to me about Hillary Clinton's problems," Sanders said in a recent interview with MSNBC. "It is a steep hill to climb, but we're going to fight for every last vote."

Yet there is no question his campaign is on its last legs. His fundraising dropped by about 40 percent last month and he's laid off hundreds of staffers. Biden said this week he "feels confident" that Clinton will be the nominee. Even Obama is pointing out the realities of the delegate math, which puts Clinton on track to capture the nomination early next month.

By every measure, Clinton is handily winning the Democratic contest. She has won 23 states to Sanders' 19, capturing 3 million more votes than her rival along the way. She has 94 percent of the delegates needed to win the nomination, which means she could lose all the states left to vote by a landslide and still emerge as the nominee — so long as all her supporters among the party insiders known as superdelegates continue to back her.

White House officials believe Obama has the ability to coax some die-hard Sanders' fans into the Clinton camp, particularly young people and liberals. But if he moves before Clinton officially captures the nomination, he risks angering those voters and undermining that effort.

Clinton faces a similar calculus. While her international expertise could attract foreign policy-focused Republicans and suburban women, highlighting her record on those issues now might encourage Sanders to resurrect attacks on her vote in favor of the Iraq war.

"When his rhetoric takes a sharper tone against her, the hairs on the back of my neck stand up," said Sen. Claire McCaskill, D-Mo. "I know that can be used as ammunition."

Clinton supporter Randi Weingarten, president of the American Federation of Teachers, pointed to the results in West Virginia, where 4 in 10 voters said in exit polls that they considered themselves independents or Republicans. That's a sign the late state primaries — particularly the open contests — were doing little to help Clinton.

"There's a lot of cross-over voters that are more about hurting a nominee as opposed to helping a potential nominee," she said.

Clinton backers say there's plenty for Sanders to do in his old job — and a lot of good reasons for him to join forces. If Democrats regain the majority in the Senate, he'd likely become chairman of the powerful Senate Budget Committee.

"We are looking forward to welcoming him back to the Senate," said Sen. Debbie Stabenow, D-Mich.