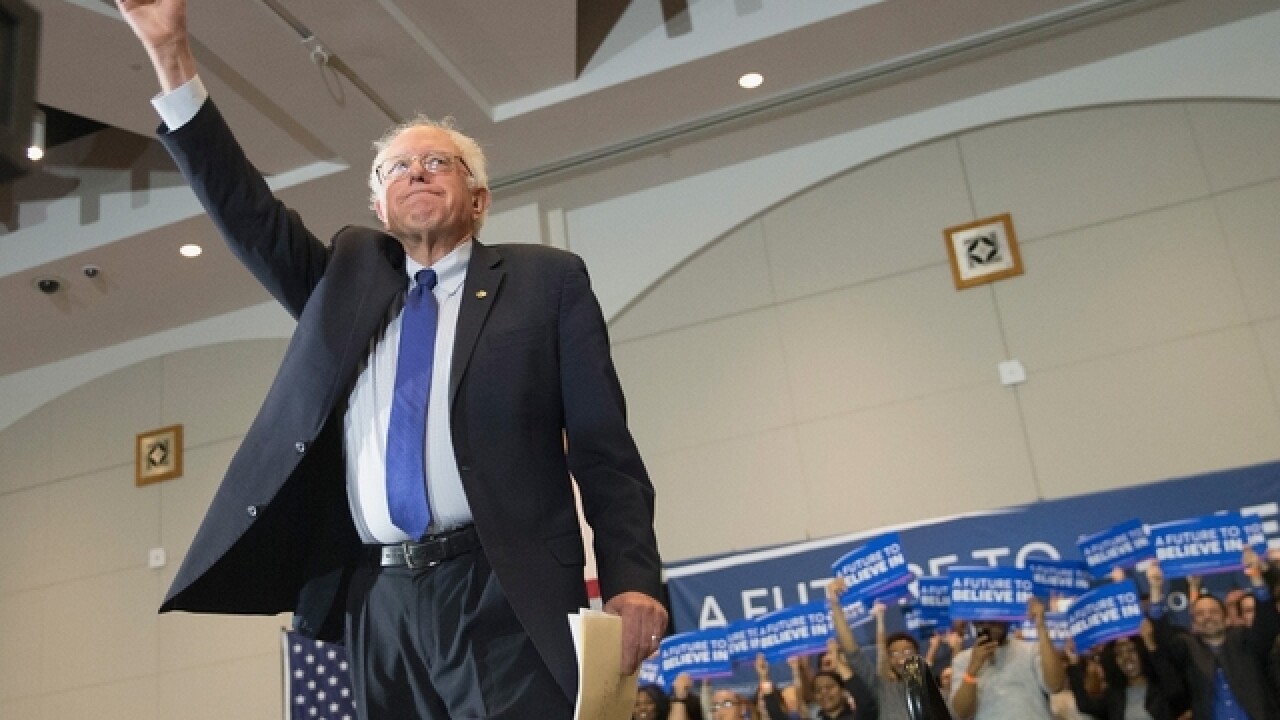 PHILADELPHIA (AP) — Bernie Sanders is questioning whether Democratic rival Hillary Clinton is "qualified" to be president after she spent much of the day after the Wisconsin primary criticizing his record and his preparedness for the job.

"She has been saying lately that she thinks that I am quote unquote not qualified to be president," Sanders told a crowd of more than 10,000 people at Temple University's Liacouras Center in Philadelphia on Wednesday. "I don't believe that she is qualified if she is, through her super PAC, taking tens of millions of dollars in special-interest funds."

Sanders also said Clinton is not qualified because of her vote for the war in Iraq and her support for trade agreements that he says are harmful to American workers.

It's the latest salvo in a war of words that has gotten increasingly heated as underdog Sanders has gained ground on front-runner Clinton, capped by the Vermont senator's victory in Tuesday's Wisconsin primary.

Clinton spokesman Brian Fallon responded quickly to Sanders' comment, writing on Twitter: "Hillary Clinton did not say Bernie Sanders was 'not qualified.' But he has now — absurdly — said it about her. This is a new low."

In a fund-raising appeal early Thursday, Hillary for America's deputy communications director, Christina Reynolds, said of Sanders: "This is a ridiculous and irresponsible attack for someone to make — not just against the person who is almost certainly going to be the nominee of their party this November, but against someone who is one of the most qualified people to run for the presidency in the history of the United States."

Indeed, Clinton did not say Sanders was "unqualified" or "not qualified" during a much-quoted interview Wednesday morning on MSNBC's "Morning Joe."

In a discussion of an interview with Sanders that appeared in the New York Daily News, Clinton was asked if "Bernie Sanders is qualified and ready to be president of the United States."

She responded, "Well, I think he hadn't done his homework and he'd been talking for more than a year about doing things that he obviously hadn't really studied or understood, and that does raise a lot of questions."

Sanders spokesman Michael Briggs said Wednesday evening that Sanders was responding to reports on the CNN and Washington Post websites. A Post story was headlined, "Clinton questions whether Sanders is qualified to be president."

Whether or not Clinton called Sanders unqualified, she clearly ratcheted up her attacks Wednesday. In an interview with Politico, she said she tries to explain things in a more "open and truthful way than my opponent."

Later, at a Philadelphia job training center, Clinton said people should know what she would do if she's elected president, "not just lots of arm-waving and hot rhetoric."