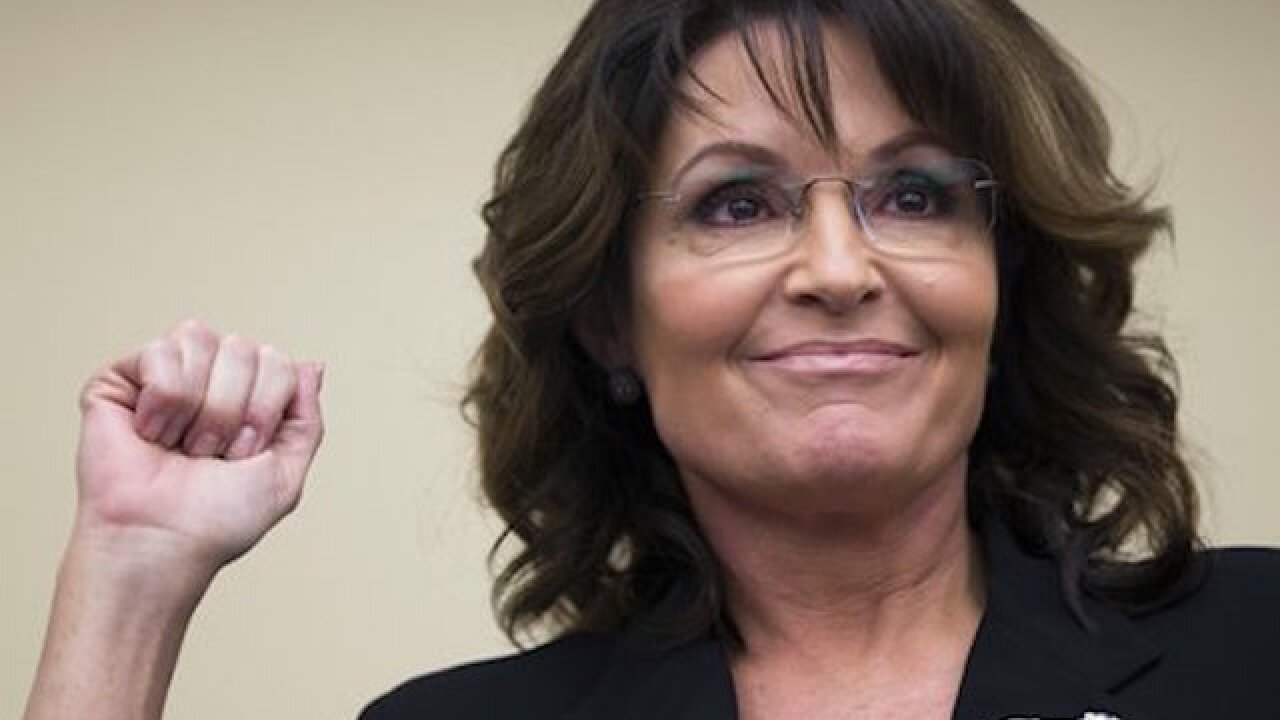 Copyright Associated Press
Evan Vucci
<p>Sarah Palin speaks during a panel discussion before a preview of the film "Climate Hustle" on Capitol Hill, on Thursday, April 14, 2016, in Washington. Palin says voters wonít stand for it if Republican power brokers try to take the presidential nomination away from Donald Trump or Ted Cruz at the GOP convention this summer. (AP Photo/Evan Vucci)</p>

WASHINGTON (AP) — Sarah Palin isn't taking kindly to House Speaker Paul Ryan's decision to hold off on a Donald Trump endorsement. She's declared that Ryan's "political career is over, but for a miracle," and said she'll work for his defeat in the August Wisconsin GOP primary.

"I think Paul Ryan is soon to be Cantored, as in Eric Cantor," she said Sunday, referring to the anti-establishment upset of the Republican House majority leader in a 2014 Virginia primary.

Palin, the vice presidential candidate on the Republican ticket in 2008 and a former Alaska governor, is a prominent Trump supporter. On Monday, Trump declined to echo Palin's harsh words about the speaker, saying, "Sarah is very much a free agent."

Both spoke on CNN.

GOP primary voters have made Trump their presumptive presidential nominee but the businessman has struggled to close the deal with party insiders. Most prominent among them is Ryan, the top elected Republican in the country, who said Trump needs to lead an effort to unify the party and he wasn't ready to swing behind him. Trump said he was blindsided by Ryan's stance. The two are expected to meet this week.

Palin said the Wisconsin Republican might have had his own political interests in mind in withholding his support last week after Trump's primary victory in Indiana, which drove his two remaining rivals from the race. "It kind of screws his chances for the 2020 presidential bid that he's gunning for," she said.

Asked about being Trump's running mate, Palin said she might not be the best choice. "I want to help and not hurt," she said. "And I am such a realist that I realize there are a whole lot of people out there who would say anybody but Palin."

But she said "I will do whatever I can for Paul Nehlen," the Republican seeking a Cantor-style upset against Ryan in an August primary.