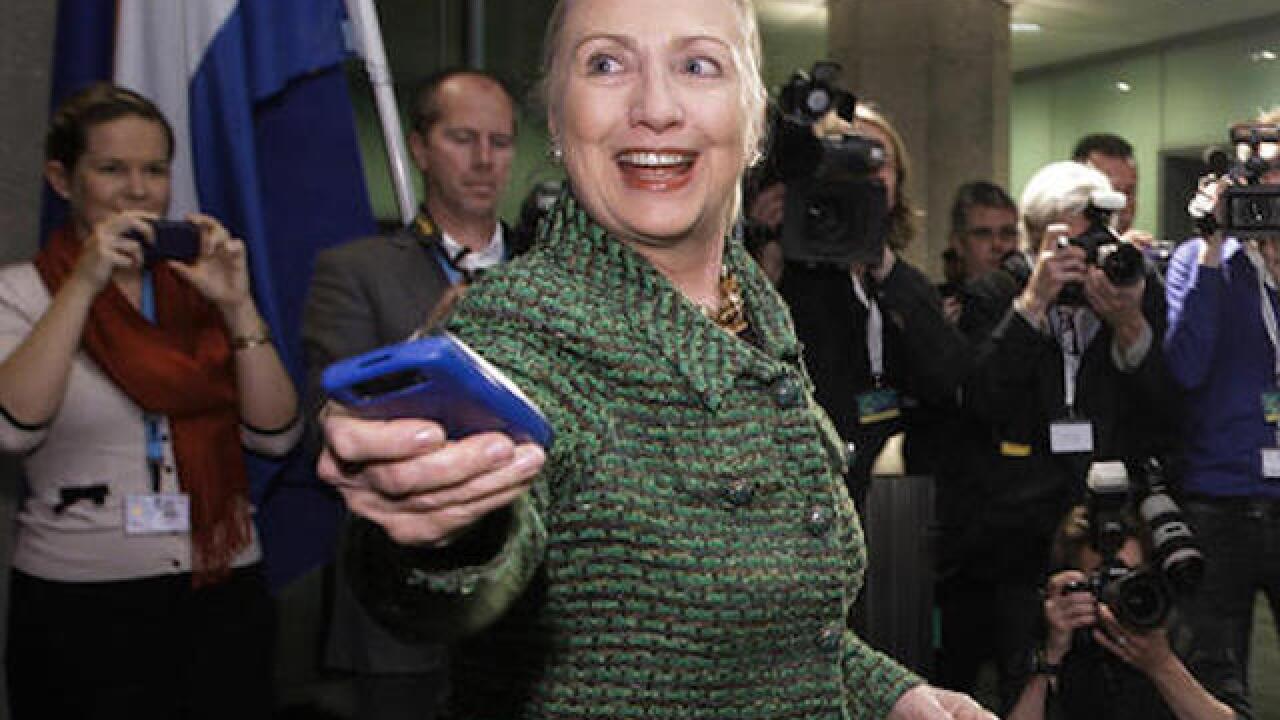 Copyright Associated Press
J. Scott Applewhite
<p>In this Dec. 8, 2011, file-pool photo, then-Secretary of State Hillary Rodham Clinton hands off her mobile phone after arriving for a meeting in The Hague, Netherlands. A federal judge says he may order Democratic presidential front-runner Hillary Clinton to testify under oath about whether she used a private email server as secretary of state to evade public records disclosures. (AP Photo/J. Scott Applewhite, Pool)</p>

WASHINGTON (AP) — Democrats on the House Benghazi panel are issuing their own report that says Hillary Clinton never personally denied any requests from diplomats for additional security.

The panel's five Democrats said Monday that after a two-year investigation the military could not have done anything differently on the night of the attacks to save the lives of four Americans killed in Libya. The Democrats say State Department's security measures in Benghazi the night of Sept. 11, 2012 were "woefully inadequate," but Clinton — then secretary of state, now White House candidate — never personally turned down a request.

The Democrats issued their own 344-page report. They said they regretted that it wasn't bipartisan, but Republicans left them little choice after conducting "one of the most partisan congressional investigations in history."