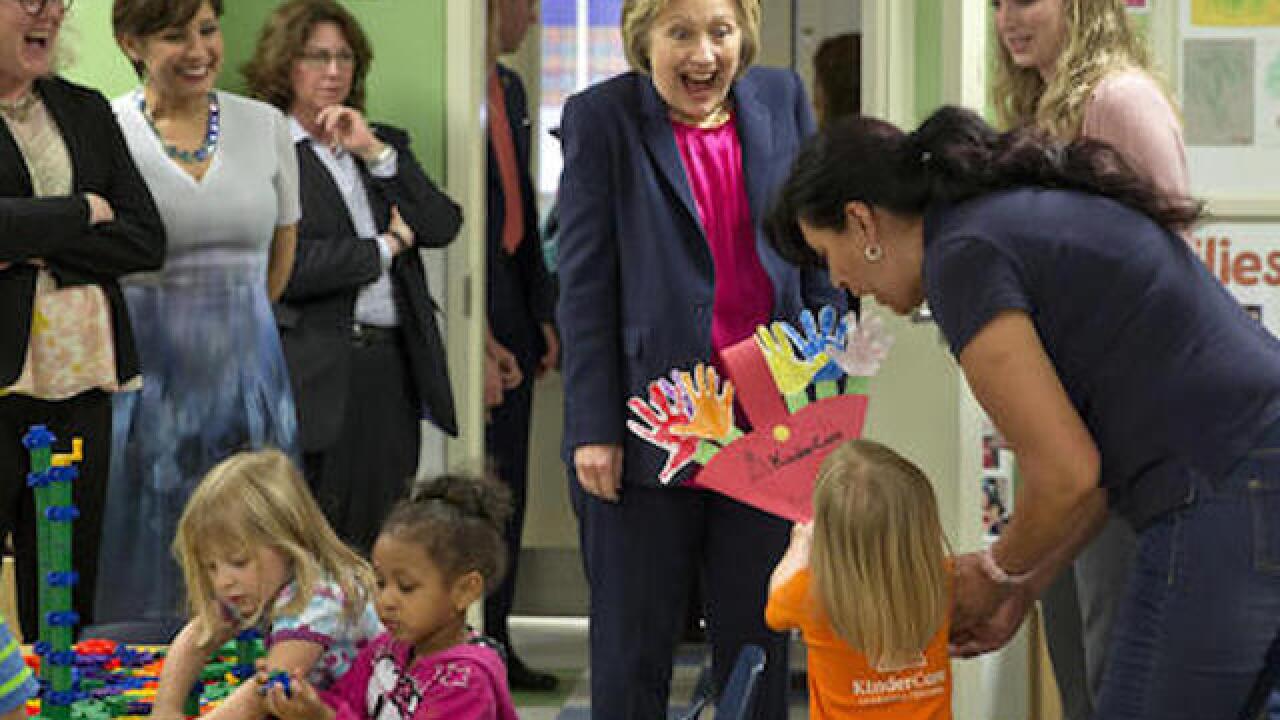 WASHINGTON (AP) — Hillary Clinton is rolling out proposals to curb the cost of child care for working parents.

Clinton's campaign says she plans to discuss her child care proposals during a stop at a family health center in Louisville, Kentucky, on Tuesday. She aims to ensure no family pays more than 10 percent of its income on child care through a mix of federal subsidies and tax relief.

Clinton and Sanders are competing in Tuesday's West Virginia primary. They have races next week in Kentucky and Oregon.