Police separate hundreds yelling at each other 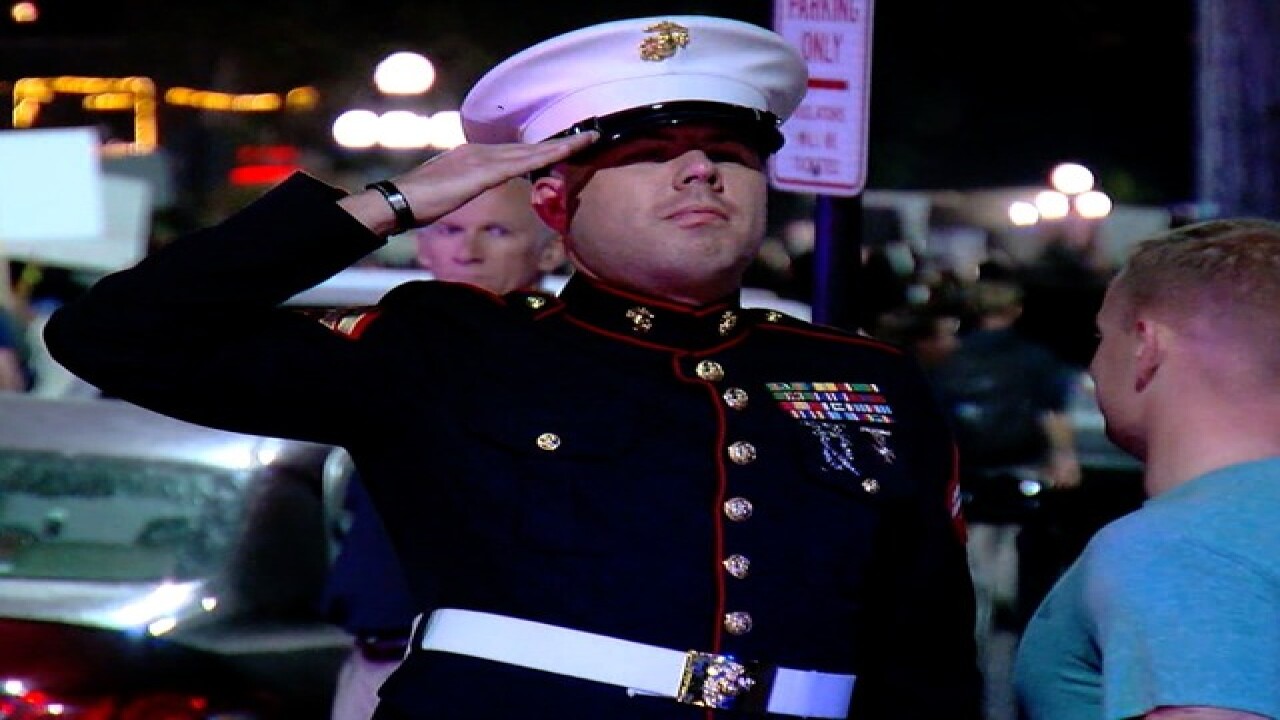 A peaceful protest on the streets of Ybor City, Florida nearly turned into a street brawl before Tampa Police officers jumping in and quickly diffusing the situation.

Around 7:30 p.m., Thursday protesters began walking down a street chanting against President-elect Donald Trump. Their route took them past a lot of bars and restaurants but once they got to an Irish Pub that was one of the stops for a pub crawl that a lot of Marine Corp. members were a part of, things got dicey.

Police had to create a human barrier between the opposing groups as members on both sides screamed obscenities and gave each other the middle finger.

Anti-Trump protesters chanted “dump Trump” as people in the bar cheered “U.S.A” over and over. After some tense minutes the protesters kept on with their march the Trump supporters yelled “you walked into the wrong bar!”

“People are not going to go down without a fight,” Jenna Ferreira said. “A lot of people are feeling marginalized, a lot of people feeling oppressed, they've lost hope. But, everybody here is full of love and we are going to fight for our rights.”

Protesters hope that the divisive language Trump used before the general election was just something he did to motivate his base.

“I hope a lot of this rhetoric in the pre-primary election and election cycle I hope that was just a show,” Ferreira said.  “I really hope he matures and it's not as bad as we think it is. But, we are all here because we are scared for the worst.”

Tampa police used the street car and their mounted bike patrols to keep protesters from marching to the interstate.  Except for the brief run in with the Trump supporters the rally was peaceful and there were no reports of any arrests.

Trump supporters having dinner in Ybor City shouted “go Trump” at the protesters. They think their marches are a waste of time and that people who voted for Hillary Clinton need to get over it and move on.

“I think they don't really know the issues,” Johnny Gomes said.  “I think that they are misinformed they followed, sorry, but the regular media and don't know the real story.”