Dozens killed in storms throughout country 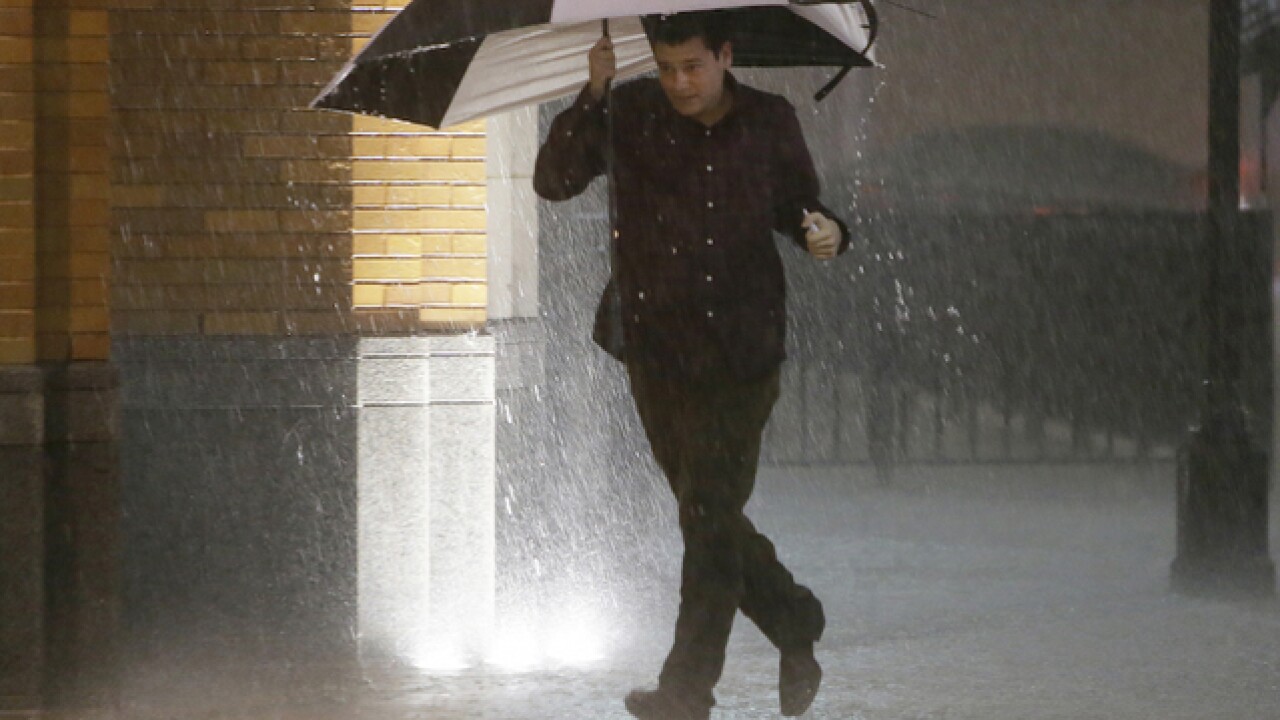 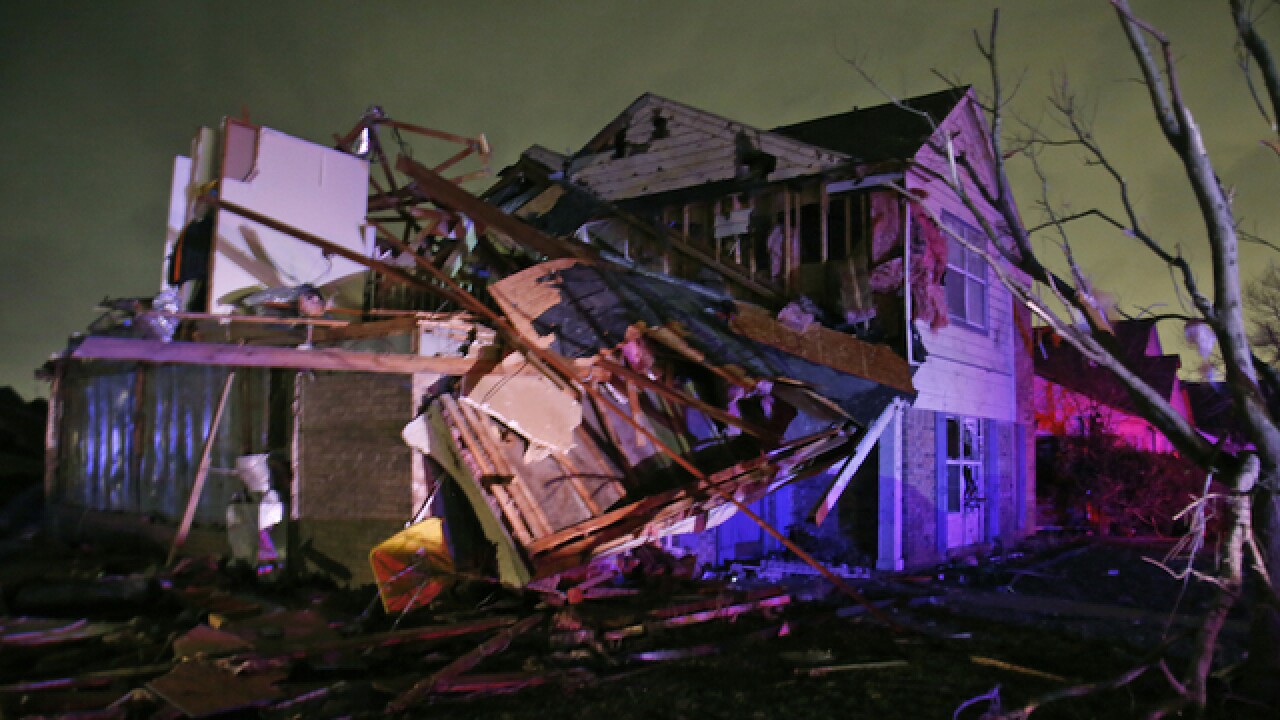 GARLAND, Texas (AP) — Residents surveyed the destruction from deadly tornadoes in North Texas as the same storm system brought winter woes to the Midwest on Monday, amplifying flooding that's blamed for more than a dozen deaths and prompting hundreds of flight cancellations.

At least 11 people died and dozens were injured in the tornadoes that swept through the Dallas area on Saturday and caused substantial damage. That, plus flooding in Missouri and Illinois, were the latest in a succession of severe weather events across the country in the last week that led to at least 45 deaths.

A range of precipitation was forecast Monday for the country's midsection, including heavy snow, ice and blustery winds in parts of 11 states and heavy rain in already-waterlogged parts of Missouri and Arkansas.

The system caused more than 1,400 flights to be canceled — nearly half of which were at Chicago's two main airports — and 2,600 to be delayed, according to flight-tracking service FlightAware. A typical day sees about 150 cancelations and 4,000 delays.

Authorities in Georgia confirmed two more deaths Monday. Gordon County Chief Deputy Robert Paris said the body of a man whose car was swept away when water overtook his car was recovered. Paris said the second body was recovered at Self Lake, and authorities were investigating how that person died.

In North Texas, local officials estimated as many as 1,450 homes were damaged or destroyed by at least nine tornadoes.

"This is a huge impact on our community and we're all suffering," Garland Police Lt. Pedro Barineau said of the suburb about 20 miles northeast of Dallas, where eight people died, 15 were injured and about 600 structures, mostly single-family homes, were damaged.

In nearby Rowlett, City Manager Brian Funderburk said Sunday that 23 people were injured, but that there were no deaths and no reports of missing people. Dallas County Judge Clay Jenkins said Sunday night that as many as 600 homes were damaged in Rowlett.

Three people died in Collin County, about 45 miles northeast of Dallas, according to sheriff's deputy Chris Havey, although the circumstances were not immediately clear.

Texas Gov. Greg Abbott made disaster declarations Sunday for four counties — Dallas, Collin, Rockwall and Ellis — and warned that the number of victims could rise.

The American Red Cross was fanning out in the Dallas area to distribute supplies including tarps, shovels, rakes and trash bags. Chris and Sheila Carter were staying at a Red Cross shelter in Garland with their 22-year-old son. They live in an apartment complex there, where they rode out the storm. Their ceiling caved in and they had some windows broken out, with water leaking in after.

"It sounded like a train was on the roof for five or six minutes," Chris Carter said.

Many roads across West Texas and the Panhandle were still closed, with long delays expected.

Interstate 40, the main east-west highway across the Panhandle, reopened Monday morning. Traffic had been at a standstill for hours in West Texas where Interstate 10 splits into Interstate 20, before it began slowly moving Monday. Officials said traffic became snarled Sunday night and was backed up for about 13 miles.

Vito Randazzo of California sat on I-10 for about 13 hours. "Everybody's just sleeping in their cars," said Randazzo, who added that the roadway was snow-packed and icy. "I can't believe the road was left in this condition." Around 9 a.m. Monday he was able to see to drive across a median and get onto a service road.

Oklahoma Gov. Mary Fallin declared a state of emergency after blizzard conditions affected the western and central parts of the state and up to a foot of rain fell in the southern and eastern sections. State emergency officials say more than 50 people have been injured and about 175,000 are without power.

To the northeast, several inches of rain caused flooding in Illinois and Missouri, where Gov. Jay Nixon also declared a state of emergency. More than 180 roads in Missouri were closed Monday due to flooding.

Over the weekend, six people died when two separate vehicles drove into flooded roadways in south-central Missouri, Pulaski County Sheriff Ronald Long said; four of them were international soldiers temporarily stationed at an Army base. Greene County authorities said two fatalities there were associated with the flooding.

Residents in and around the small St. Louis-area town of West Alton were evacuating as the Mississippi River nears a potential record crest. An unusual amount of late-fall rain had the river already high before torrential downpours that began Saturday. Some parts of eastern Missouri have received 6 inches of rain or more over the past three days.

In southern Illinois, authorities said three adults and two children drowned Saturday when the vehicle they were riding in was swept away and sank in a rain-swollen creek.