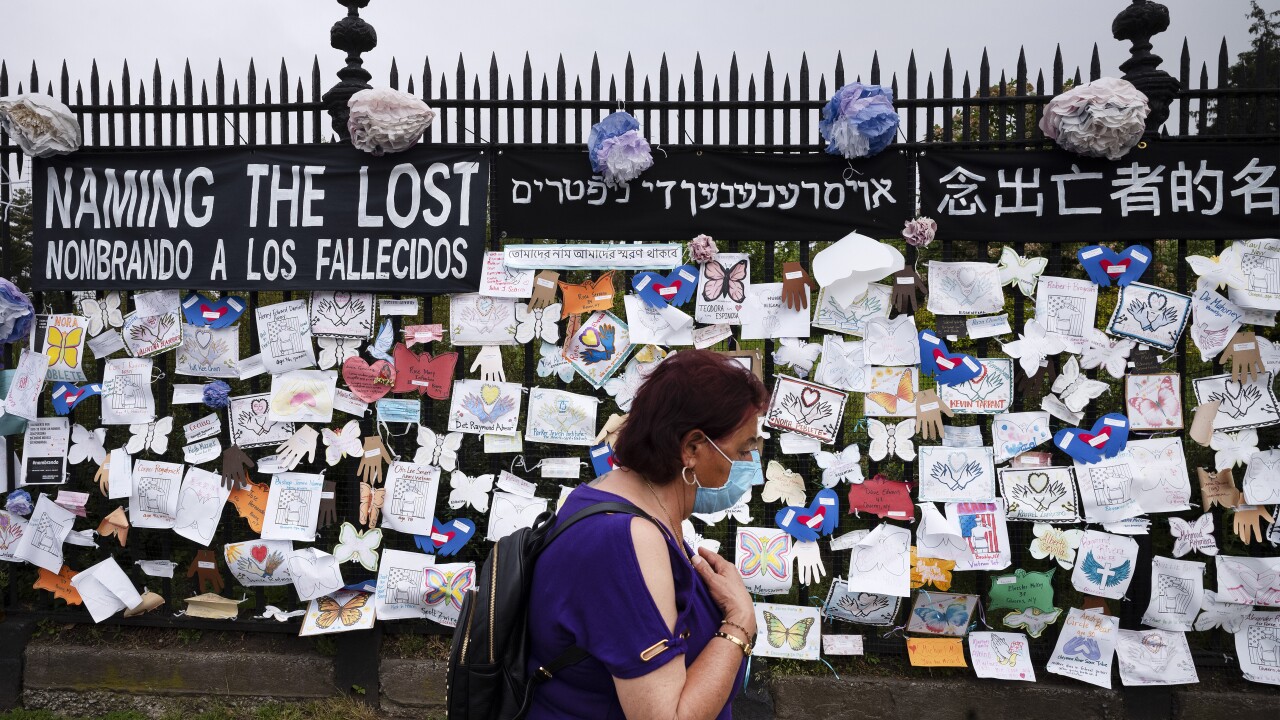 Copyright 2020 The Associated Press. All rights reserved
Mark Lennihan/AP
A woman passes a fence outside Brooklyn&#39;s Green-Wood Cemetery adorned with tributes to victims of COVID-19 on Thursday, May 28, 2020.

New York City hit a major milestone over the weekend in its fight against the coronavirus after recording its first 24-hour period without a COVID-19 death in months, Mayor Bill de Blasio said on Monday.

Speaking during a coronavirus briefing Monday morning, de Blasio warned that COVID-19 is “far from beaten,” especially considering the surge in cases in many cities and states around the country.

“No one can celebrate but we can at least take a moment to appreciate that everyone of you did so much to get us to this point: 24 hours when no one died, let's have many more days like that,” the mayor said. “And it’s a reminder, of course, that this disease is such a formidable foe that it’s been months and months since we’ve had a day like this.”

Preliminary data from the city Health Department indicates that the period of no COVID-19 deaths was on Saturday. They said on Sunday that the data is subject to change.

As of Sunday, New York City had recorded 18,670 lab-confirmed COVID-19 deaths and an additional 4,613 probable deaths related to the virus since the outbreak began in March. There have been 215,924 confirmed cases of the virus across the five boroughs.

De Blasio urged New Yorkers not to let up on social distancing or following rules and restrictions related to the outbreak and the state’s phased reopening plan.

New Yorkers should wear a face covering when around others in an indoor setting that isn't their home, de Blasio said.

This story originally reported by Lauren Cook on PIX11.com.