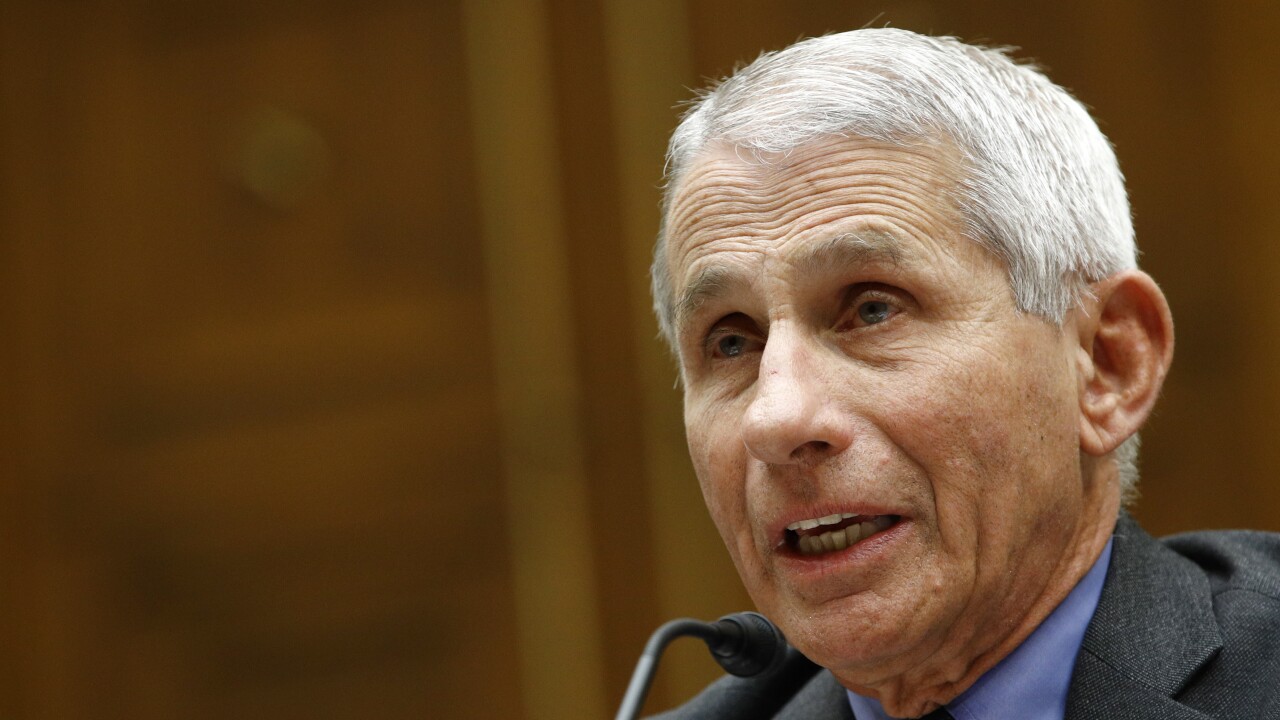 Copyright 2020 The Associated Press. All rights reserved.
Patrick Semansky/AP
Dr. Anthony Fauci, director of the National Institute of Allergy and Infectious Diseases, testifies before a House Oversight Committee hearing on preparedness for and response to the coronavirus outbreak on Capitol Hill in Washington, Wednesday, March 11, 2020. (AP Photo/Patrick Semansky)

During the nightly White House Coronavirus Task Force news briefing Wednesday, Dr. Anthony Fauci said that it’s possible that the coronavirus will become a seasonal illness, one that returns in earnest annually like the flu.

But unlike the flu, a vaccine is not available for COVID-19, and at its current rate, is much more deadly than the flu.

Fauci told reporters that it’s important for scientists to develop a vaccine quickly.

Fauci’s tone, however, was one of optimism, saying that doctors and officials will defeat the virus.

The news conference came as the Senate was putting the finishing the finishing touches on legislation to stimulate the economy – an economy President Donald Trump is hopeful to restart in the coming weeks. Passage of the bill did hit a snag as several GOP senators believe that the bill gives incentives for people to go on unemployment.

Regardless of when the economy reopens, Treasury Secretary Steve Mnuchin said that he believes the bill Congress is working on provides enough support to keep the economy functional for three months. He added that the unemployment provision was needed in order to rush funds to states in order to administer the checks.

The highlight of the bill is that it would put $1,200 into the bank accounts of a majority of Americans in April.

“We need to get this money into the American economy and American workers, that's the importance of this,” Mnuchin said.

Trump said on Tuesday that Easter is a “special day,” which is partially why he wants to have the country reopened by then.

On Wednesday, he said that it’s possible to reopen sections of the country piecemeal.

“There are large sections of our country probably can go back much sooner than other sections and we're obviously looking at that,” Trump said.