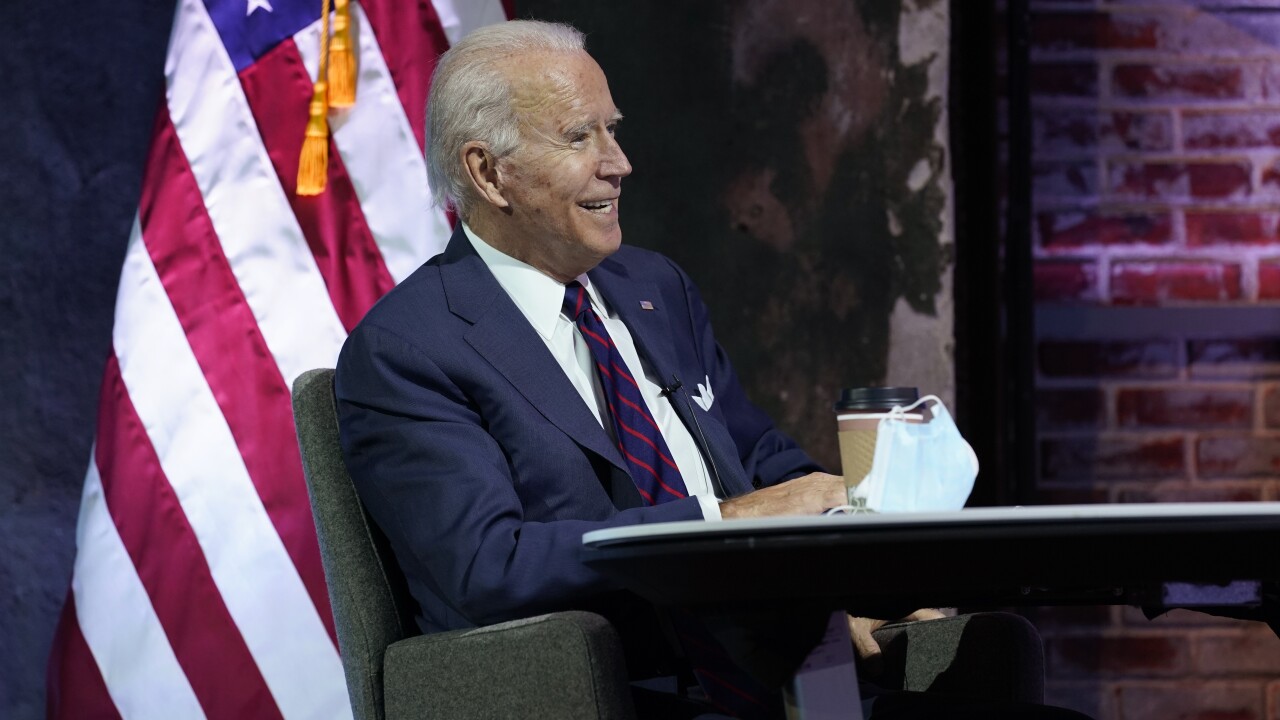 President-elect Joe Biden said on Wednesday that his transition team’s response to the COVID-19 pandemic is being put in jeopardy as he awaits the Trump administration to recognize his victory in this month’s presidential election.

“I am optimistic but we should be further along,” Biden said during a virtual call with first responders. “One of the problem that we are having now is the failure of the administration to recognize (the results).

Since the Associated Press projected Biden as the winner of the election on Nov. 7, President Donald Trump and his campaign has made multiple claims that the election was stolen, and accusing election officials of fraud. So far, Trump’s campaign has not been able to substantiate any evidence of fraud in court, and has had a number of lawsuits dismissed.

Regardless, the Trump administration has prevented the Government Services Administration from assisting Biden with his transition. After past presidential elections, the apparent winner is given funding and access to documents to begin the transition.

Biden pointed to the Presidential Transition Act of 1963, which says that government services and documents be made available to the “apparent” victor of the presidential election.

Given that 1,700 Americans died from the coronavirus on Tuesday, Biden says that it’s important his transition has access to data and information to ensure the continuity of the country’s response to the pandemic.

“We need to know about the depth of the stockpiles, we know there aren’t much at all,” Biden said. “We get to the point where we have a sense of when these vaccines come out, how they’ll be distributed, who will be first in line, what the plan is.”

And if the administration continues to hold up the transition?

"There are a whole lot of things that we just don’t have available to us, which unless it’s made available soon, we’re going to be behind by weeks or months being able to put together the whole initiative relating to the biggest progress we have with two drug companies coming along and finding 95% effectiveness efficiency in the vaccines,” Biden said

The White House says that calling for recounts and holding up the transition is due diligence, even though there is nothing stopping the Trump campaign from allowing the transition to move forward while contesting the results.

“Actually, I think at this point, the American people just want to make sure that every legitimate vote is counted, and that nobody's discounted,” White House chief of staff Mark Meadows said.

Meanwhile, some staunch Trump supporters, while not calling on Trump to concede, are saying that Biden should be included in intelligence briefings.

“The president is contesting the election, and I would urge him to give intel briefings to Biden... to Joe Biden. How much further to go, I don't know,” Senator Lindsey Graham of South Carolina said.

Without access to top government experts, such as Dr. Anthony Fauci, Biden has called upon outside experts to advise him on the coronavirus. Among them is Dr. Rick Bright, who was dismissed from his post in the Trump administration after criticizing the administration’s response to the pandemic.

Outside organizations have also expressed concern over the transition, including Amnesty International.