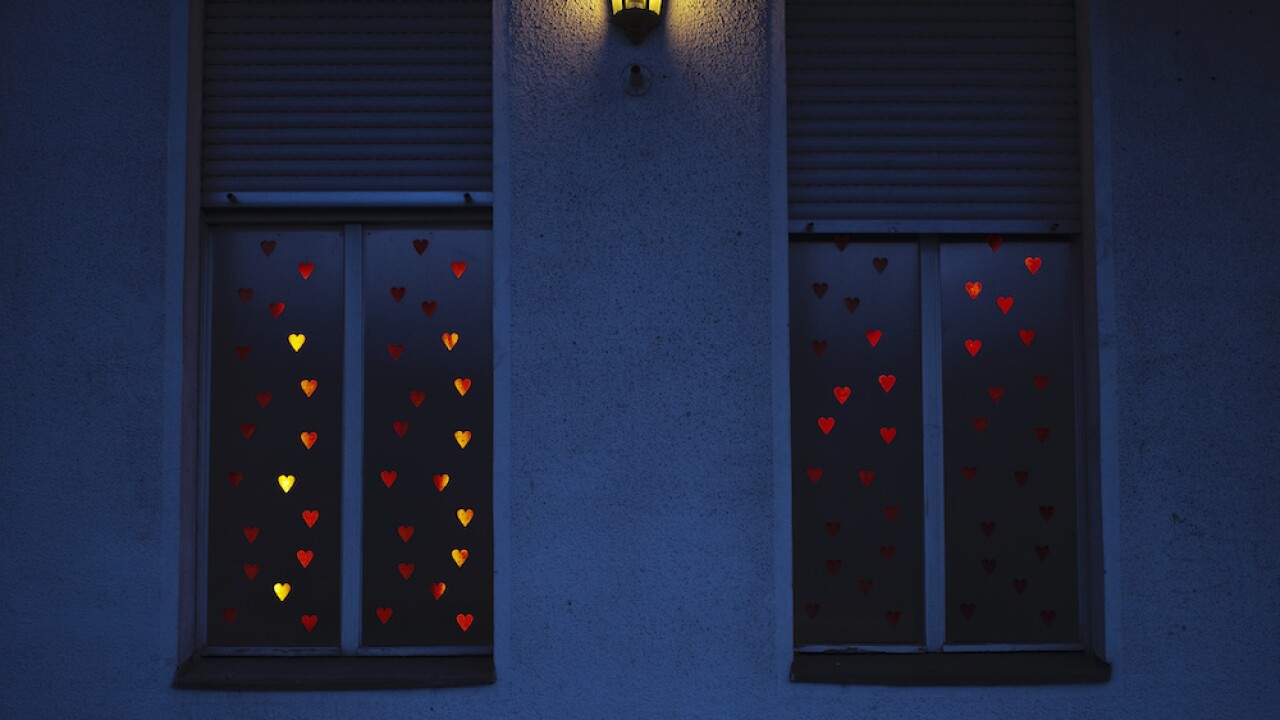 As the COVID-19 pandemic is isolating millions of people around the globe, a social media movement is encouraging many to decorate their homes in the hopes of instilling some hope and love into the world.

In recent days, two Facebook groups — Hearts in the Window and A World of Hearts — have sprung up, encouraging their thousands of members to decorate their windows with cut out hearts.

According to CTV, Natasha James spotted the trend on Facebook last week and was inspired to create her own group. She started the group on March 20, and she told CTV that she initially invited 30 of her friends to join the group.

By the time she woke up the next morning, the group had more than 600 members.

"I had never done anything like this before," James told CTV News. "I was just moved to feel connected and community."

Her group now has more than 80,000 members from around the world, many who have submitted photos of their own heart decorations.

James isn't alone. According to CNN, her group is just one of dozens of groups on various social media platforms hoping to brighten days with heart decorations.

Another Facebook group, A World of Hearts, has nearly 10,000 members.

"I think it's definitely helped bring some happiness to people who may be isolated at home all by themselves," group founder Tree Hanafy told CNN. "It's been wonderful to see all these people posting their photos and getting their families involved in it, too."

Not only that, but each group is dedicating the hearts for a specific reason. While Hearts in the Window hopes to foster a community for those who feel isolated, other groups have dedicated the decorations to healthcare workers, essential workers and seniors.