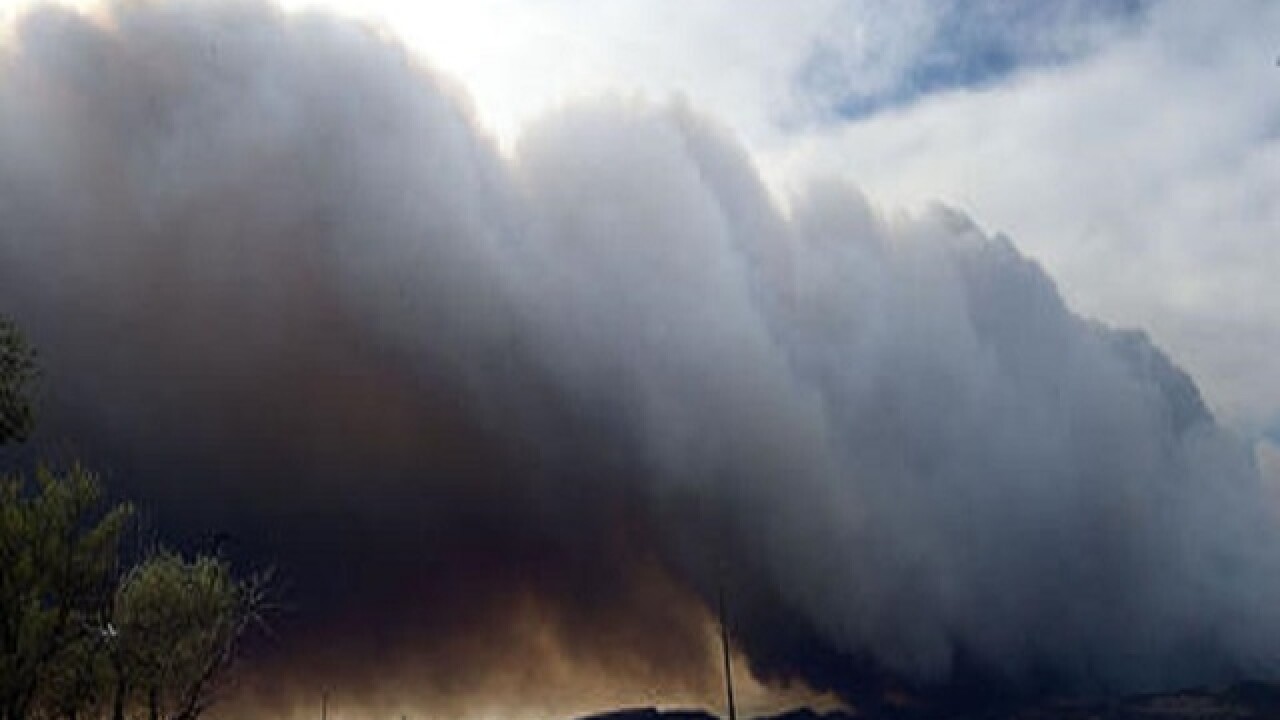 By: Associated Press
Posted at 1:13 AM, Oct 19, 2016
WESTCLIFFE, Colo. (AP) — A wildfire in southern Colorado has destroyed five homes, and hundreds of people remain under evacuation orders, authorities said Tuesday.
The fire has scorched more than 25 square miles, the Pueblo County Sheriff's Department said. The fire started when high winds blew a metal outbuilding into a power line, the sheriff's department said.
Another 281 homes were threatened, and 13 outbuildings have been destroyed, authorities said.
Firefighters were trying to build containment lines along the north side of the fire Tuesday to prevent it from spreading, but the blaze was still uncontained Tuesday night, authorities said.
Two Army National Guard Black Hawk helicopters began dropping water on the fire from large fabric buckets Tuesday afternoon after Gov. John Hickenlooper ordered the Guard to help civilian firefighters. The Guard's top commander, Maj. Gen. H. Michael Edwards, said the helicopters would fly firefighting missions as long as they were needed.
The wildfire was burning east of the small town of Westcliffe near the Rocky Mountain foothills.
Custer County Sheriff Shannon Byerly extended his sympathies to people who lost property. "It's a tough situation, and hopefully we can stop additional losses," he said.
A stretch of dry, warm weather has raised the fire danger in much of Colorado, especially on windy days.
Residents of 175 homes were ordered to evacuate Monday, and people who live in 70 other homes were warned to be ready to leave in case the fire spreads toward them.
Those on standby include the residents of the town of Beulah, which was evacuated earlier this month because of another wildfire. That fire is believed to have been started by an excavator operator working in a ditch, possibly by creating a spark.
Copyright 2016 The Associated Press. All rights reserved. This material may not be published, broadcast, rewritten or redistributed.