CMAs get political: Trump mocked in 'Before He Tweets' parody 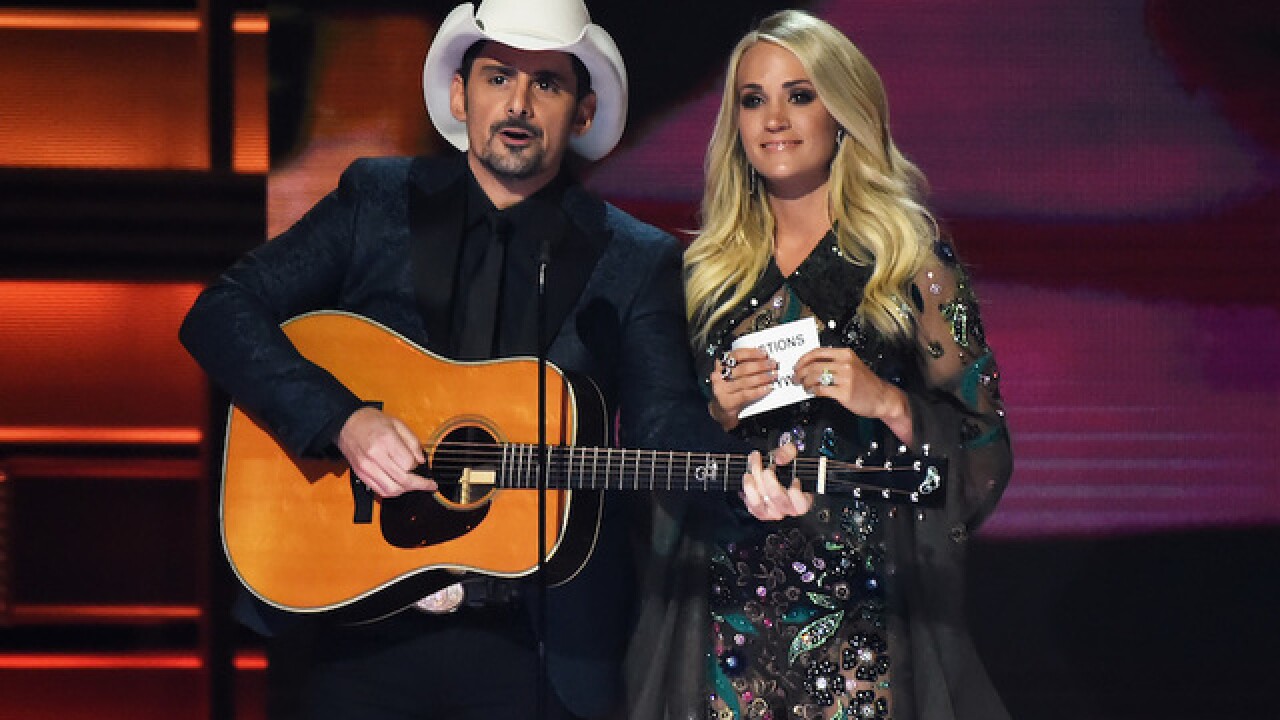 "Right now, he's probably in his PJs watching cable news, reaching for his cell phone/ In the middle of the night from the privacy of a gold-plated white toilet seat, he's writing Liddle Bob Corker, NFL and covfefe."

Those are lyrics from Brad Paisley's fake remix of Carrie Underwood's smash hit, "Before He Cheats," which the pair performed to a laughing audience while hosting the 51st Annual Country Music Association Awards in Nashville Wednesday night, where they mocked President Donald Trump, Hillary Clinton and other political figures in a series of musical zingers.

"And it's fun to watch, yeah, that's for sure, until Little Rocket Man starts a nuclear war, and then maybe next time he'll think before he tweets," Paisley continued singing, poking fun at Trump's Twitter habits and the President's nickname for North Korean leader Kim Jong Un.

It is not only rare for the CMAs to get explicitly political, but it is even more unusual that a Republican president was mocked openly on stage by some of the genre's biggest stars.

They also poked fun at the Country Music Association's previous ban on questions related to guns and politics in the wake of the mass shooting at the Route 91 Harvest country music festival last month — a move that the association reversed and apologized for last week.

"Now Brad, I don't know if you heard about this, but the CMA has given us some 'guidelines' with specific topics to avoid," Underwood said.

"We can't be doing any of our little song because this year's show is 'a politics-free zone'," she added, using air quotes.

"Are you kidding me?" Paisley responded.

Here are some "songs" that Paisley lamented could not be performed.

'Way Down Yonder on the Scaramucci," referencing Anthony Scaramucci, Trump's bombastic former White House communications director, who was only on the job for days before getting fired. A play on Glen Campbell's classic hit "She's Gone Gone Gone" invoking Hillary Clinton: "She's Gone Gone Gone -- oh no, she wrote a memoir. Hillary's back," Paisley said.

The event opened on a somber note as an all-star choir including Darius Rucker and Keith Urban sang the Hootie & the Blowfish hit "Hold My Hand" in a tribute to those affected by recent hurricanes in Texas, Florida and Puerto Rico and the victims of recent mass shootings.

But as the night went on, Underwood and Paisley struck a lighter tone, particularly as they prepared to award Garth Brooks the entertainer of the year award.

Underwood and Paisley celebrated 10 years of co-hosting the CMAs, where they have routinely addressed current events from the stage over the past years.