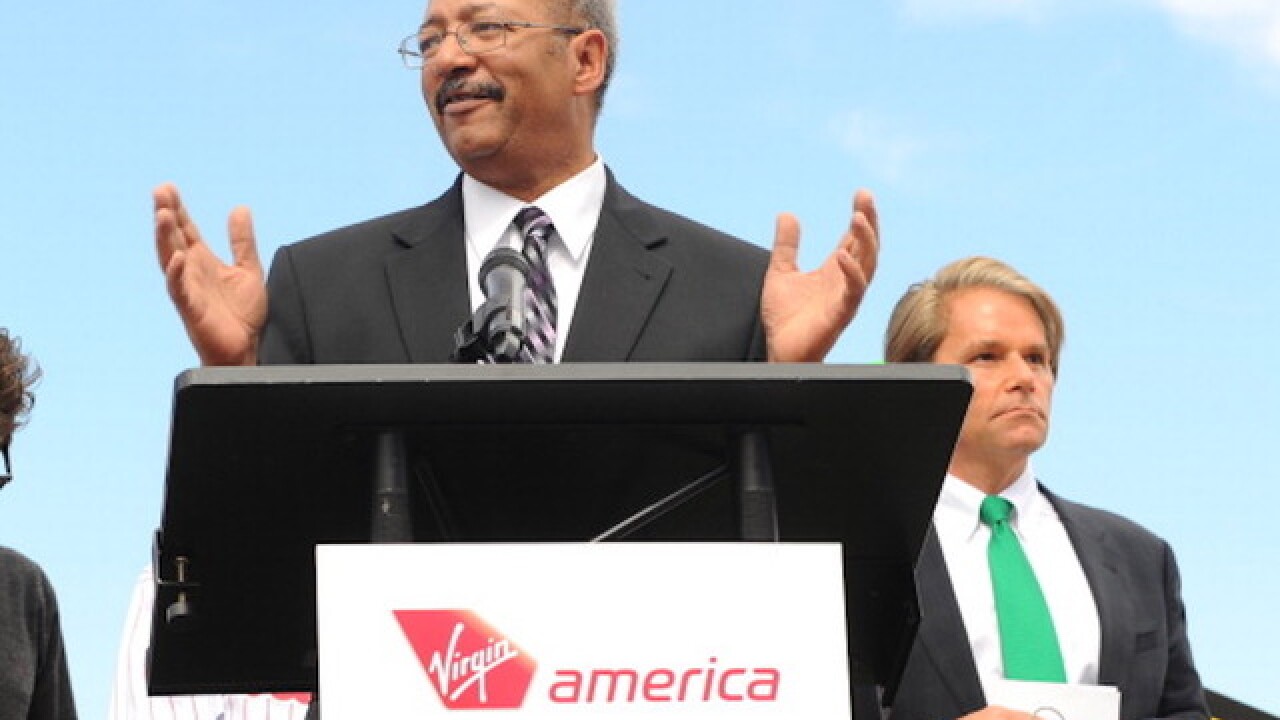 PHILADELPHIA (AP) — A veteran Pennsylvania congressman was convicted Tuesday in a racketeering case that largely centered on various efforts to repay an illegal $1 million campaign loan related to his unsuccessful 2007 mayoral bid.

U.S. Rep. Chaka Fattah was found guilty of all counts against him, including racketeering, fraud and money laundering. His lawyers had argued that the schemes were engineered without Fattah's knowledge by two political consultants who pleaded guilty in the case.

The 59-year-old Democrat had been in Congress since 1995 and served on the powerful House Appropriations Committee. But he lost the April primary and his bid for his 12th term. His current term ends Jan. 2.

Fattah had little reaction to the verdict, but he kept a smile on his face as he conferred with his lawyers afterward.

He will remain free on bail. A judge set sentencing for Oct. 4.

Fattah told reporters as he was leaving the courtroom: "Well, it's a tough day, but I do want to thank the jurors for their service." He said he will confer with his lawyers on the next step.

Prosecutors said Fattah routed federal grant money and nonprofit funds through his consultants to pay back the illegal loan.

His wife, Philadelphia TV news anchor Renee Chenault-Fattah, took a leave after her husband's indictment and then quit in February. She was cited in the case over the sham sale of her Porsche, which prosecutors said was a bribe. But she was never charged with any wrongdoing, and she said the sale was legitimate.

In a related case, his son, Chaka "Chip" Fattah Jr., was convicted on charges of bank and tax fraud and sentenced in February to five years in prison. A jury found he took part in a scheme as a subcontractor to defraud the Philadelphia school district.

Defense lawyers acknowledged Fattah might have gotten himself in financial trouble after a costly mayoral bid, but they said any help from friends amounted to gifts, not bribes.

Many of them came from co-defendant Herbert Vederman, a wealthy friend who had dreams of scoring an ambassadorship. U.S. Sen. Bob Casey, a Democrat, testified that he never took the pitch from Fattah too seriously, even though Fattah once bent the president's ear about it. Democrat Ed Rendell, a former mayor and governor, was called to defend Vederman, his former deputy mayor. He said Vederman was qualified for the job and accused prosecutors of cynically misreading the help he lent Fattah.

"The nanny, the Porsche and the Poconos, they weren't part of a bribery scheme," Fattah lawyer Samuel Silver argued in closings. "Those were all overreaches by the prosecution."

The campaign loan was just one of several schemes prosecutors outlined during the trial. They say Fattah was aided in his endeavors by current and former staffers who ran his district office or the nonprofits; by Vederman, who now lives in Palm Beach, Florida; and by political consultants Greg Naylor and Thomas Lindenfeld, who pleaded guilty.

The other co-defendants are Bonnie Bowser, of Philadelphia, who ran his district office; Karen Nicholas, of Williamstown, New Jersey, who ran the education nonprofit Fattah started; and Robert Brand, of Philadelphia, a businessman married to a former Fattah staffer. The jury on Tuesday came back with a mixed verdict for them.

Fattah stepped down as the top Democrat on the Appropriations subcommittee on commerce, justice and science when he was indicted in July 2015.

Under the House's Code of Conduct, a lawmaker who is convicted is not to vote in committee or in the full House if the punishment for his conviction may be two or more years' imprisonment.

Prior to Fattah's conviction, the House Ethics committee had impaneled an investigative subcommittee and, at the request of the Justice Department, deferred action.

A senior Democratic aide said it would not be unusual for Justice to renew that request of the Ethics panel to defer action until appeals are over.

The aide was not authorized to speak publicly and spoke to The Associated Press on condition of anonymity to discuss the possible steps by Ethics and Justice.