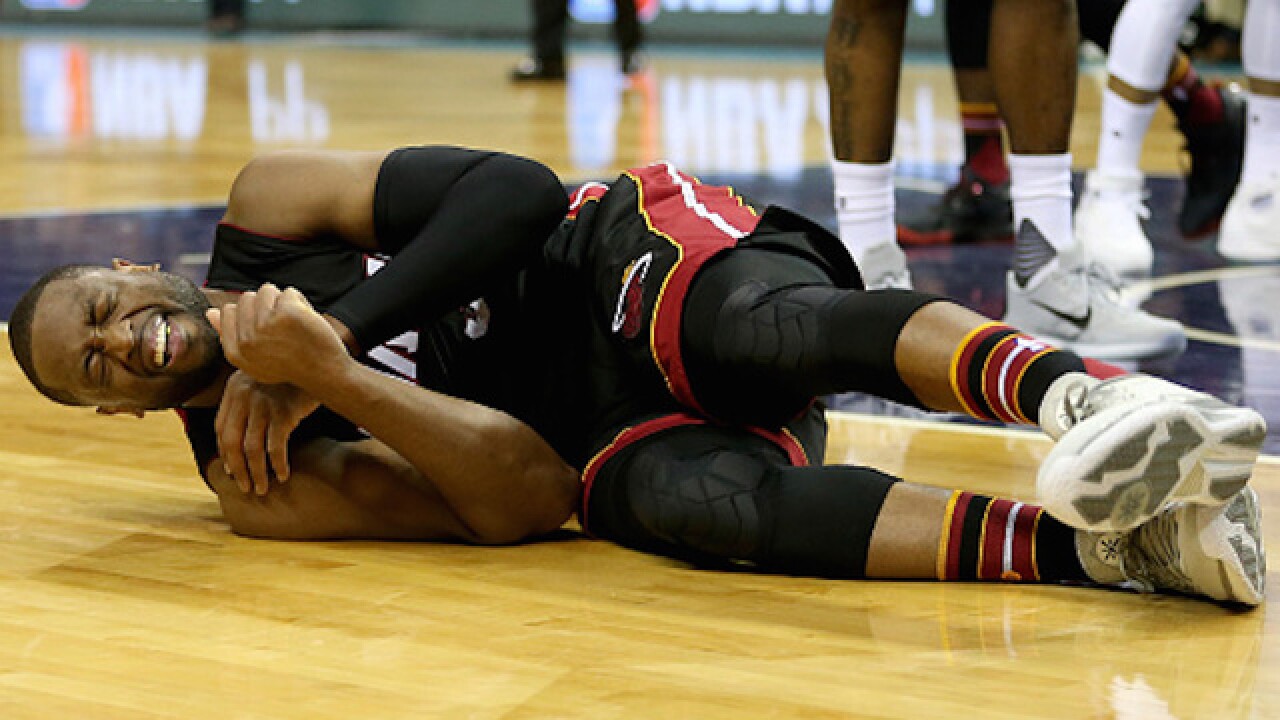 Streeter Lecka
<p>CHARLOTTE, NC - APRIL 25: Dwyane Wade #3 of the Miami Heat reacts after being fouled against the Charlotte Hornets during game four of the Eastern Conference Quarterfinals of the 2016 NBA Playoffs at Time Warner Cable Arena on April 25, 2016 in Charlotte, North Carolina. NOTE TO USER: User expressly acknowledges and agrees that, by downloading and or using this photograph, User is consenting to the terms and conditions of the Getty Images License Agreement. (Photo by Streeter Lecka/Getty Images)</p>

Canadians are upset with Miami Heat guard Dwyane Wade for ignoring the country’s National Anthem prior to the Heat’s playoff game with the Toronto Raptors on Saturday.

In a video posted to YouTube, Wade can be seen shooting hoops while his teammates and opponents stand in line during the singing of “O Canada“ prior to the game.

Wade responded to the criticism on Sunday, though he didn’t go as far as an apology.

“You’re always sensitive to anything throughout the world,” he said. “I’m not thinking about nothing like that. I’m thinking about what I need to do before every game that I prepare for and have been doing my whole career,” Wade told the Palm Beach Post. “I understand whatever’s said from that standpoint, but I’m not a disrespectful person. If anybody thinks I’m being disrespectful to their country, then they have no idea who Dwyane Wade is.”

Wade also explained to the Post that he didn’t want to break his pre-game routine, which calls for him to make a basket before lining up for the anthems.

But Wade’s comments haven’t been enough for many Canadian officials. Toronto politicians, including mayor John Tory, have called out Wade for what they call a lack of respect.

There should be no music played in the @AirCanadaCentre when @MiamiHEAT is back in Toronto. Just the national anthem. The whole game.

Do you think Wade should be punished for his actions? Let us know in the poll below.