Canada calls for release for kidnapped couple in Afghanistan 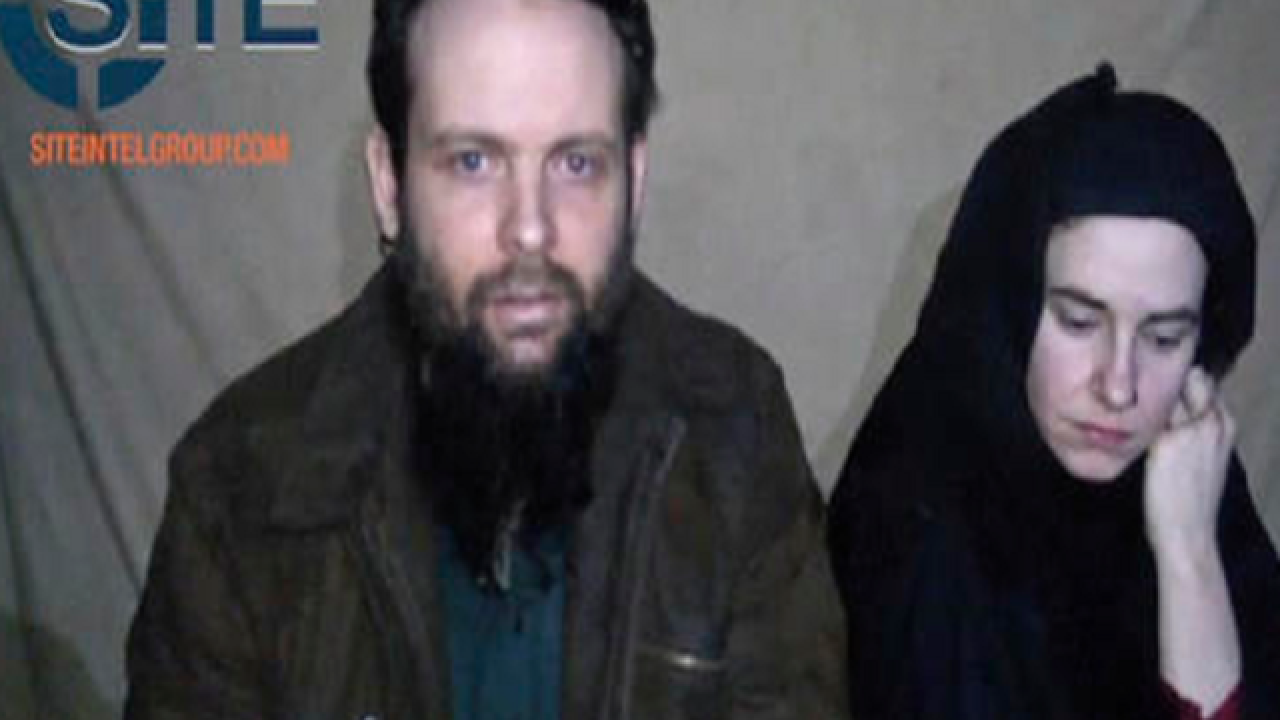 TORONTO (AP) — Canada called Monday for the unconditional release of a Canadian man and his American wife after a new video appeared to show them begging their governments to intervene on their behalf with their Afghan captors.
The video, which was uploaded to YouTube on Monday and has not been independently verified by The Associated Press, shows Canadian Joshua Boyle and American Caitlan Coleman, who were kidnapped in Afghanistan in 2012.
Coleman refers to "the Kafkaesque nightmare in which we find ourselves" and urges "governments on both sides" to reach a deal for their freedom. She then adds: "My children have seen their mother defiled."
Two young children appear in the video with them, and Coleman has told her family that she gave birth to two children in captivity.
Canadian Global Affairs spokesman Michael O'Shaughnessy said his government was aware of the latest video.
"We are deeply concerned for the safety and well-being of Joshua Boyle, Caitlan Coleman and their young children and call for their unconditional release," O'Shaughnessy added.
The State Department said it was reviewing the footage.
The video came to public attention through the Site Intelligence Group, which monitors extremist activity online. SITE said it was dated Dec. 3, though the AP could not verify the date of the recording.
The two vanished after setting off in the summer of 2012 for a journey that took them to Russia, the central Asian countries of Kazakhstan, Tajikistan and Kyrgyzstan, and then to Afghanistan. Her parents, Jim and Lyn Coleman, last heard from their son-in-law on Oct. 8, 2012, from an internet cafe in what Josh described as an "unsafe" part of Afghanistan.
In 2013, the couple appeared in two videos asking the U.S. government to free them from the Taliban. The Colemans received a letter last November in which their daughter said she had given birth to a second child in captivity.
In July, Jim Coleman, speaking to the online news service Circa News, issued a plea to top Taliban commanders to be "kind and merciful" and let the couple go.
A video released in August showed Coleman and Boyle warning that their captors would kill them and their children unless the government in Kabul ends its execution of Taliban prisoners.
Copyright 2016 The Associated Press. All rights reserved. This material may not be published, broadcast, rewritten or redistributed.
Copyright 2016 The Associated Press. All rights reserved. This material may not be published, broadcast, rewritten or redistributed.