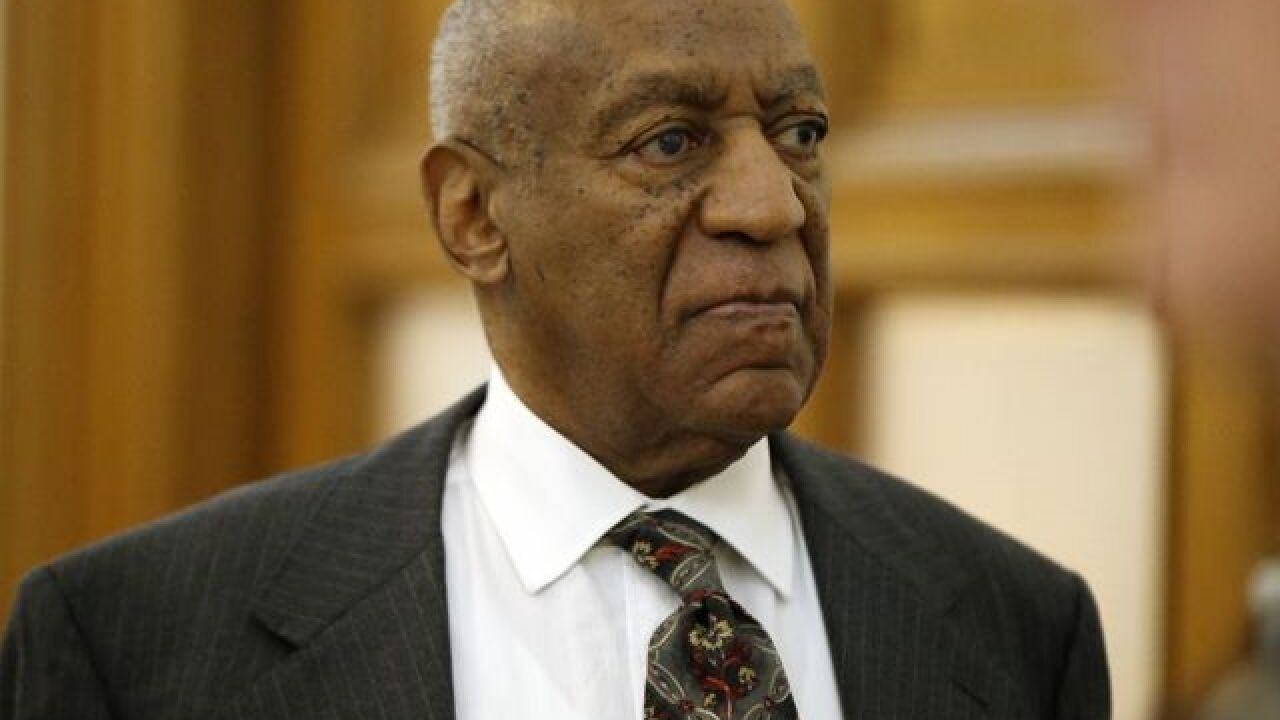 By: CNN
Posted at 10:21 PM, Dec 14, 2016
NORRISTOWN, Pennsylvania (CNN) -- A Pennsylvania judge will decide whether 13 women who say comedian Bill Cosby sexually assaulted them will be allowed to testify for the prosecution in his upcoming trial related to a 2004 case.
During a two-day pretrial hearing prosecutors sought permission from Judge Steven O'Neill to call the 13 other women as witnesses since their cases are allegedly similar to that of Andrea Constand. Cosby, 79, is charged with three counts of felony aggravated indecent assault in the Constand case.
"This is a lifetime of sexual assault on young women," Commonwealth Attorney Kevin Steele said Wednesday. "This establishes modus operandi or a pattern of behavior that is so distinctive."
PrettyFamous | Graphiq
The other alleged incidents reportedly happened between 1964 and 2002. The state argued all involved women younger than Cosby whom he contacted through their employment, were legitimately in his presence, happened while Cosby was married and involved Cosby giving the women drugs to sedate them before they were assaulted in a location he controlled.
"We ask the court to look at the remarkable similarities through each of these actions," Steele said. "Prior act evidence is needed in this case to prove that our victim did not consent to the sexual assault by the defendant."
State law lets judges consider allowing prosecutors to introduce evidence of so-called "prior bad acts" to show "common plan or scheme," or that an act was not simply a mistake.
Defense opposes accusers' testimony
The defense argued the cases were not similar at all, the 13 women's accusations were so old that Pennsylvania law prohibits them from being introduced, and the women didn't come forward until after Constand's case received public attention. She was an employee at Cosby's alma mater, Temple University.
They are "ancient, remote, incredible and uncorroborated ... a bandwagon of claims that have been put together in Pandora's box," defense attorney Brian McMonagle said. "It was put together by clever and cunning lawyers who had as an agenda of bringing down an American icon. That's why we are here."
Many of the 13 women's accounts do not include details, such as exactly when and where the alleged assault took place, and some are more than 40 years old, McMonagle said.
One woman, whom the defense calls "accuser number one" says she was assaulted some time in 1969. She can't recall if it was in an unknown hotel in New York or a specific club in New Jersey. The defense says she consumed a lot of alcohol, voluntarily took a pill, and doesn't remember having sex, only that she woke up naked and sore the next day.
"They have put this man in the ... unconstitutional position of defending allegations of we don't know where, we don't know when," McMonagle said. "It happened in a hotel that doesn't exist anymore. 40 years ago. Where were you? Defend it. Impossible."
The defense argued that the women's memories were compromised by time, influenced by other accounts, contact with other accusers and the same high-profile attorney.
"The single most important part of these allegations is when they came, and they came after Constand," McMonagle said, noting that none of the women came forward to accuse Cosby until after the allegations in this case became public.
"Accuser 1 concedes that she decided to come forward, elected to bring attention to herself after watching women on TV. And that's important because the allegations she makes allegedly occurred 46 years ago," attorney Angela Agrusa said. "Accusers gather at social media, at press conferences, at photo shoots. They called it a beautiful sisterhood. ... The recollections perhaps not refreshed, but in fact influenced and corrupted."
The defense also argued 10 of the accusers were represented by civil attorney Gloria Allred who, they say, wrote statements the accusers read to investigators.
"She has created the common scheme, to the extent the court even sees one." Agrusa argued.
"They came forward after the fact because he is Bill Cosby. Ms. Allred is here because he is Bill Cosby. Follow the money," McMonagle said.
Allred, who watched the proceedings from the court gallery, would not comment on her conversations with her clients, citing attorney-client privilege, but did criticize the defense as not having facts or the law on their side.
What are the rules?
Rule 404(b) of the Pennsylvania Rules of Evidence allows prosecutors to call witnesses about a defendant's previous conduct if it relates to the trial at hand.
In using such testimony, Steele hopes to establish a pattern that bolsters Constand's claims.
In his rebuttal, Steele argued the differences between the 13 women's accounts and Constand's case were inconsequential and this hearing was not the place to evaluate their creditability.
"This is, hey, let's trash these victims. Let's say somebody else is making it up," Steele said. "When you drug somebody, drug them, intoxicate them so they are fuzzy for that? He gets rewarded because they are not exact in their explanations. ... We are dealing with sex crimes and often times in this type of crime we are dealing with date ranges."
O'Neill said he will take his time in deciding if all, some or none of the women will be allowed to testify.
Cosby's trial is scheduled to start no later than June 2017.
Earlier this month, O'Neill ruled that prosecutors will be able to use Cosby's 11-year-old deposition, in which he admitted to extramarital affairs and giving some women drugs in order to have sex with him, in the upcoming criminal trial.
In court filings last month, Cosby's lawyers revealed the actor now suffers from a "degenerative eye condition."
Cosby is legally blind, they say.
This is where his sight becomes a legal issue, because Cosby's lawyers say the Commonwealth should have charged him long ago, and it is now impossible for him to effectively refute such claims, as he cannot identify the accusers without his sight.
CNN's Max Blau contributed to this report.
The-CNN-Wire
™ & © 2016 Cable News Network, Inc., a Time Warner Company. All rights reserved.
WMAR