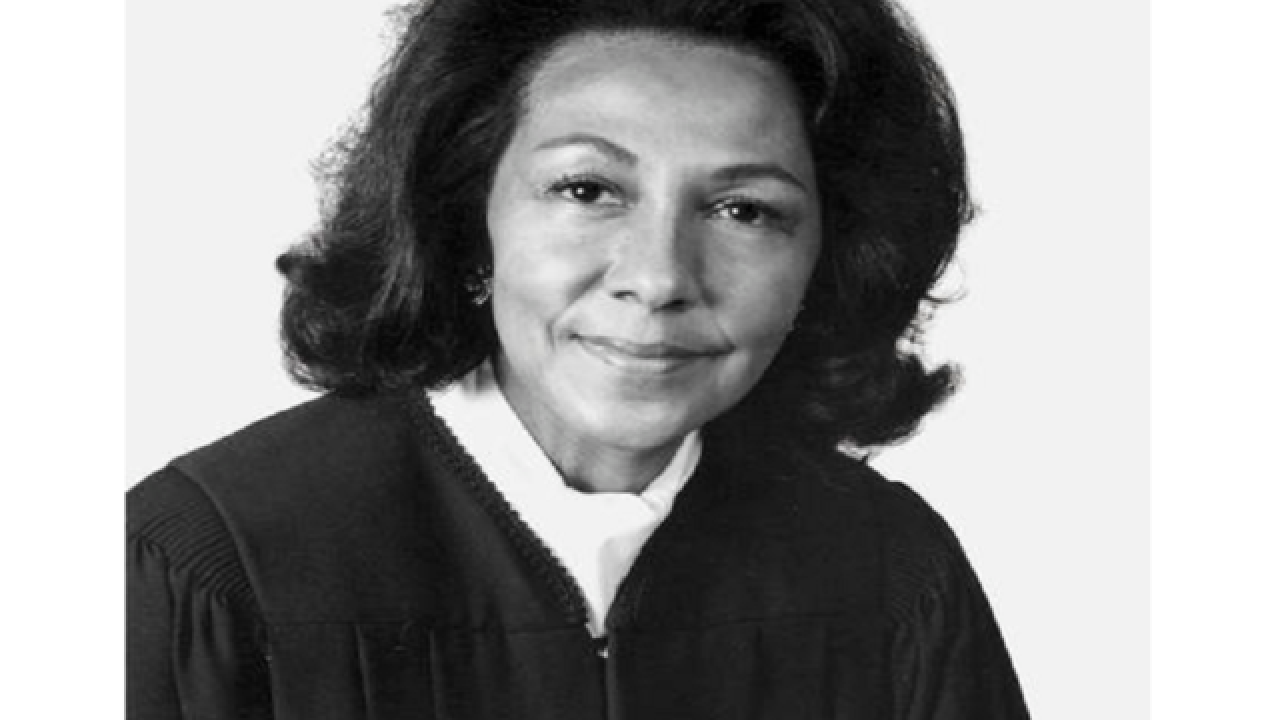 LOS ANGELES (AP) — The first female black judge in California and one of the longest-serving jurists in state history has died at the age of 96, her family said Monday.
Vaino Spencer died of natural causes in her sleep at her Los Angeles home on Oct. 25, said her niece, Fatimah Gilliam.
Spencer served 46 years on the bench. She was appointed to Los Angeles municipal court in 1961 and served on the Superior Court and state appeals court before retiring in 2007.
Gilliam described her aunt as "a trailblazer and a self-made woman in an era when there were few opportunities for women and people of color."
In a statement, California Chief Justice Tani Cantil-Sakauye said Spencer was "a double pioneer."
She was "a pioneer for women on the bench and a pioneer for people of color on the bench in Los Angeles, statewide, and nationally," Cantil-Sakauye said, adding that Spencer's work laid the groundwork for women like her to even consider a career in law.
"She leaves a legacy as a jurist in her opinions and as a role model in the person she was," Cantil-Sakauye said.
Spencer was voracious reader who kept up with national and world events and loved to talk politics, Gilliam said. She lived alone in Los Angeles up until her death and maintained a sharp wit through her senior years, Gilliam said.
When Gilliam once asked her aunt, an elegant dresser, why she had stopped traveling, her aunt replied: "Dear girl, I stopped traveling when people stopped dressing for the plane."
Spencer founded the Black Women Lawyers Association of Los Angeles in and co-founded the National Association of Women Judges, according to her niece.
Copyright 2016 The Associated Press. All rights reserved. This material may not be published, broadcast, rewritten or redistributed.