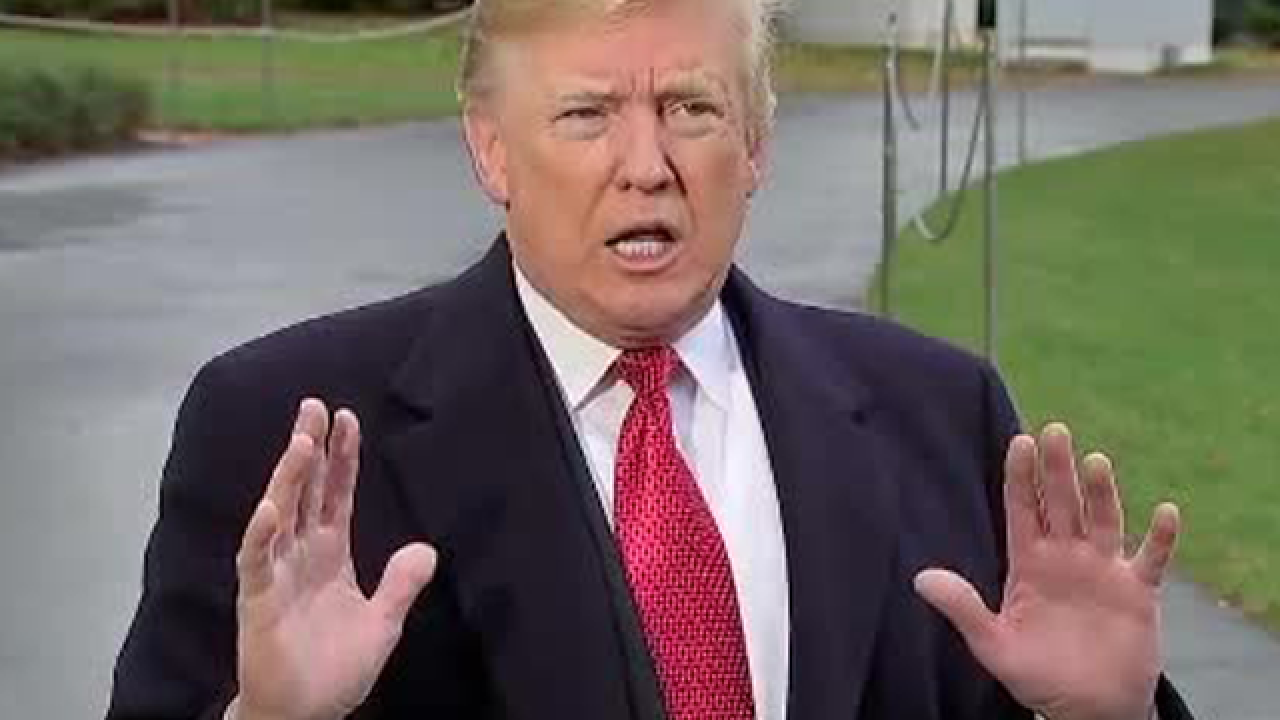 A top Democrat from California said President  Donald Trump  “needs to listen to the experts” when it comes to the  wildfires  ravaging the state because there is no simple solution.

While in California Saturday, Trump suggested the United States address forest management in a way similar to Finland, which the president claimed spends “a lot of time on raking and cleaning” the forests. He added that “they don't have any problem.”

“It doesn't make much sense to me,” Rep. Adam Schiff said on “This Week” Sunday, in response to a question from co-anchor Martha Raddatz about the president’s statement. “The reality is that no single fire has the same cause. Every fire is going to be different.

“With climate change, they're going to be worse, and we need to take steps to reduce their frequency, reduce their severity and yes, forest management is one piece of it, but there are lots of other pieces, and I think the president needs to listen to the experts because clearly he isn't one of them,” he said.

Later, Schiff said that he thinks all Californians were upset with a statement Trump made last weekend on Twitter about "gross mismanagement of the forests" when people “were facing utter devastation,” and warned about what could come after the fires are out.

“We need to focus on putting these fires out, we need to protect ourselves because all too often when the fires are out and rains are coming, then mudslides follow and other tragedy follows, so we -- we need to get through this period and -- and our hearts are going out to those effected and we’re so grateful for the responders out there,” the congressman said.

Trump traveled to California this weekend to survey  wildfire  damage in Paradise and Malibu, meeting with California Gov. Jerry Brown and Lt. Gov. Gavin Newsom, who will replace Brown as governor on Jan. 7, as well as FEMA Administrator Brock Long and local officials responding to the emergency.

At least 79 people have died as a result of the fires, 76 in Northern California’s  Camp Fire and three in Southern California’s  Woolsey Fire . The Camp Fire is the  deadliest  and most  destructive  wildfire in the state’s history, according to Cal Fire. Nearly 1,300 people were missing in the Camp Fire, but that number continues to change, and more than 700 people who were once on the the list have since been accounted for, according to Butte County Sheriff Kory Honea.

In a separate interview on “This Week,” Honea said the list of people unaccounted for is compiled from a number of sources, cautioning that the data is “raw” and verifying people’s whereabouts is “a very difficult process.”

“My thought on that was it's better to work towards progress than achieve perfection before we start getting that information out,” Honea said of the massive list of names.

The sheriff said he does not expect the death toll to be as high as the list of people unaccounted for, but noted that verifying people’s whereabouts “is a daunting task.”

“We are still trying to bring order to the chaos that this entire event has caused,” he said.

As of Sunday morning, the Camp Fire was 60 percent contained and had burned almost 150,000 acres and destroyed more than 12,000 structures, according to the Butte County Fire Department. The Woolsey Fire has burned just under 100,000 acres and was 88 percent contained as of Sunday morning, the Los Angeles County Fire Department reported.

Honea called the Camp Fire an unprecedented event, and urged residents to make every effort to reach out to their friends and family to let them know they’re safe and unharmed. He also asked displaced people to check if they're listed as missing and to contact his office, so officials could dedicate resources to locating people who haven’t yet been accounted for.