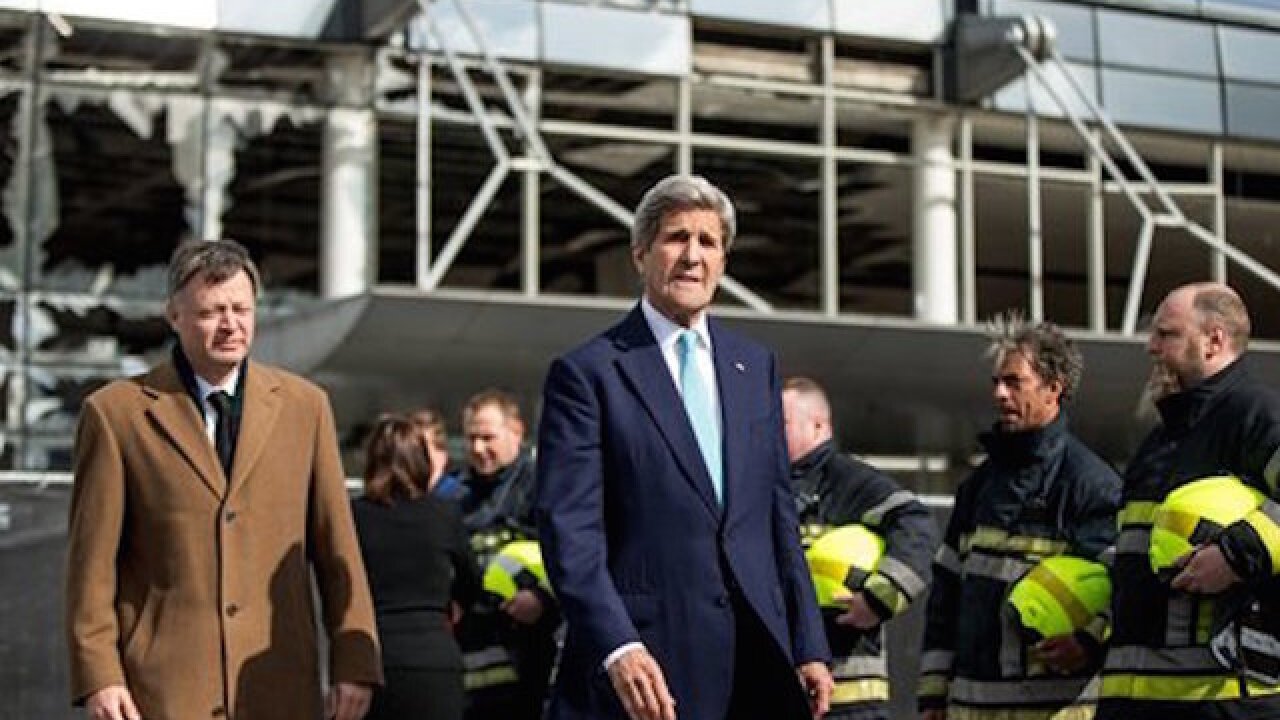 Arnaud Feist, CEO of Brussels Airport Co., said the Brussels Airlines flights to Athens, Turin in Italy and Faro in Portugal, the first of which he said should take off around 2 p.m. (1200 GMT) were chiefly symbolic.

Effective Monday, Belgium's biggest airport should be back at around 20 percent of capacity and able to process 800 passengers an hour.

It has been closed since devastating suicide bombings in the airport's main terminal and a Brussels subway train killed 32 people and wounded 270 on March 22.

Speaking at a joint news conference, Feist called it "a sign of hope" and a demonstration of "shared will" that even partial passenger service could resume so soon following what he called "the darkest days in the history of aviation in Belgium."

He said he was expecting the formal go-ahead from the Belgian government later Saturday.

The March 22 attacks, in which three suicide bombers also died, were claimed by the Islamic State group. To minimize the chances of a repeat, Belgian Federal Police spokesman Michael Jonniaux said new security measures have been ordered at the airport, including spot checks of vehicles before they arrive, the closing of a drop-off parking area outside the terminal, and the screening of all people, their ID and travel documents and baggage before they are allowed to enter the facility.

The bombers had been able to enter the airport's check-in area with suitcases packed with high explosives and nails, and the resulting blasts collapsed the ceiling, shattered windows and caused great damage.

Until the terminal can be fully repaired, Feist said departing passengers will first enter a temporary structure erected on the tarmac, then go to a specially built area for check-in.

There will be no access by rail or public transport to the airport for the foreseeable future, he said.

Brussels Airport, which usually handled about 600 flights a day, served about 1.5 million people in February, the month preceding the attack. Feist said he hopes full service can be restored by the end of June or beginning of July in time for the summer vacation season.

Also Saturday, Belgian police, some on horseback, moved in to detain some two dozen protesters at Brussels' Bourse Square, breaking up a demonstration to protest Islamophobia. Authorities in the Belgian capital, fearing violent disorders, banned all demonstrations after a group of right-wing hooligans congregated at the same square last Sunday.

In the Molenbeek neighborhood, where a far-right France-based group had planned to demonstrate, at least one person was detained, and witnesses saw several minor clashes between police and young people.

Molenbeek, home to one of the largest Muslim communities in Brussels, has been a hotbed of radical Islamic sentiment and was home to some of the men who staged the Nov. 13 attacks in Paris that killed 130, and were also claimed by Islamic State.

The Belgian Federal Prosecutor's Office announced that a Belgian national has been charged with participating in the activities of a terrorist group for his alleged role in another plot to attack France, which was uncovered after the arrest of a Frenchman and the discovery of a huge cache of weapons and explosives.

A statement from the prosecutor's office on Saturday identified the 33-year-old Belgian suspect only as Y.A. It said he's in custody, and has been charged in the case that stemmed from the arrest of Reda Kriket in the Paris suburb of Boulogne-Billancourt last week.

Paris prosecutor Francois Molins said an "imminent" attack had been thwarted with Kriket's arrest and the discovery of the explosives stash in suburban Argenteuil outside Paris.

A third man was arrested in Rotterdam in the case, which officials say is separate from the attacks in Paris and Brussels.