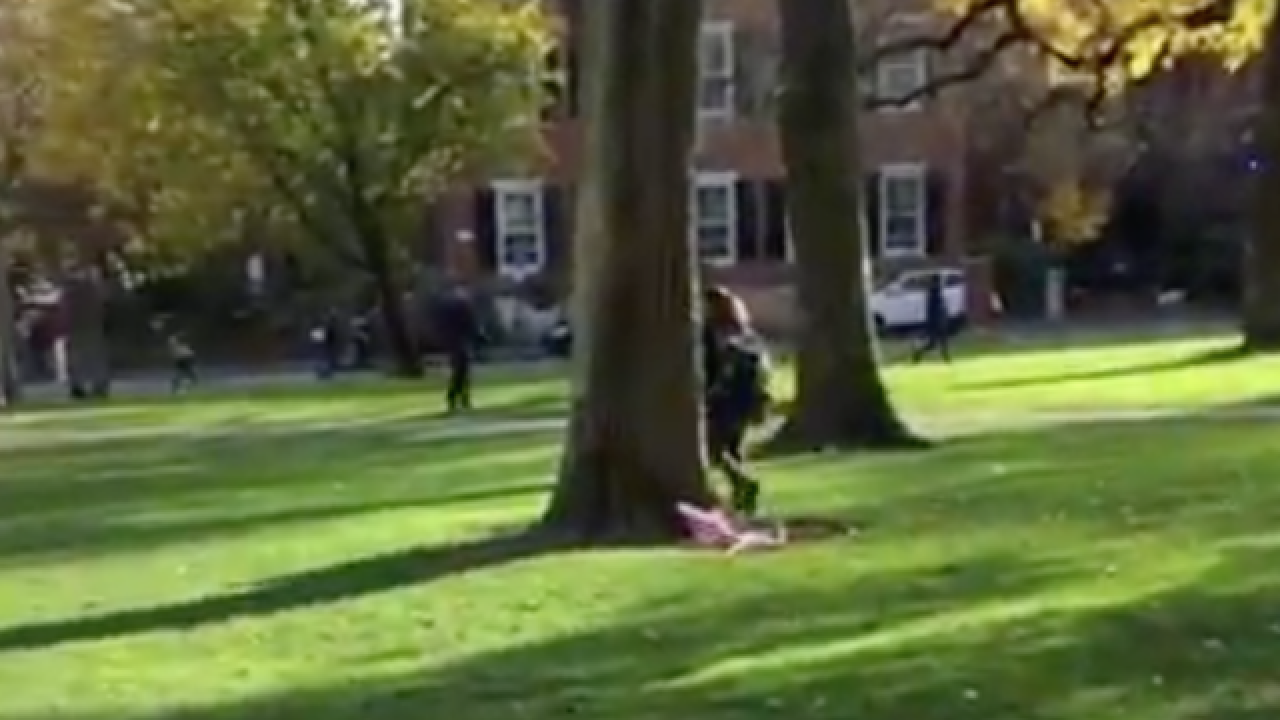 Students at Brown University destroyed American flags dotting the campus green on the day before Veteran’s Day, according to one student’s viral Facebook post.

Video taken by student Nicky Strada shows a woman carrying a handful of flags and discarding them at the foot of a free.

According to his post, Strada says the flags were set up by two veterans. He says after seeing other students ripping and snapping the flags, he decided to tape the flags together and set them back up.

According to the Brown Daily Herald, some students organized a sit-in to protect the flags on Veterans Day. But others felt that the desecration of the flag was justified.

The Daily Herald reports that one student wrote the following message on an anonymous Facebook page:

“I’d like to appreciate everyone who has been removing the flags from the Main Green … As much as I know that these flags are there to represent Veterans Day, when I look at them, all I feel is overwhelming nausea, and all I see is a symbol of the oppressing white nationalism that has jeopardized myself and so many others at Brown and abroad.”

A Brown University spokesman provided the following response to the Washington Post.

We are investigating the accounts of vandalism to American flags set out on Brown’s College Green to celebrate Veterans Day. Every year members of our campus community come together to honor our veterans and their commitment to serving our country. The flags were planted a day in advance as part of an event held on Veterans Day, where student veterans and ROTC undergraduates joined students, faculty and staff from across campus for a Veterans Day procession and ceremony. According to some accounts we have received, members of our community diligently worked to restore the removed flags, some of which had been removed and left nearby. Other flags were removed by the organizers of the event and replaced the morning of the Veterans Day ceremony. We do not condone the activities that led to the flags being removed, and destruction of property is subject to disciplinary review.