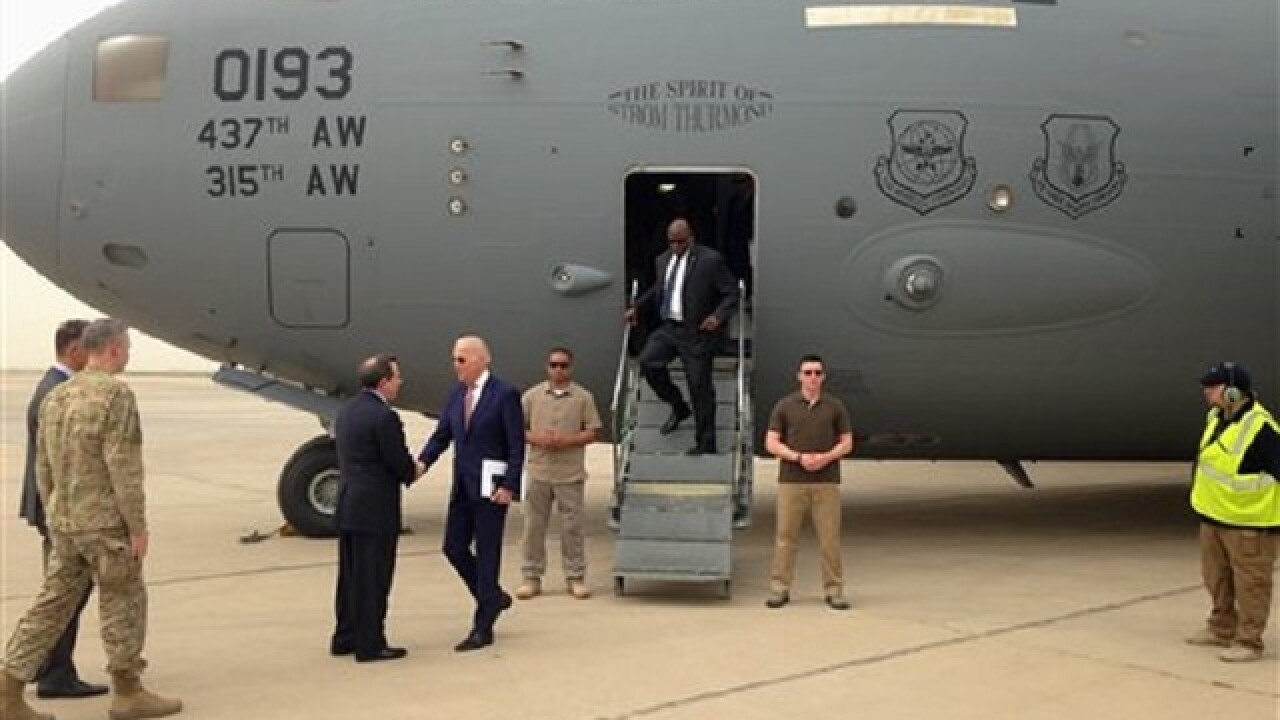 ROME (AP) — Having pushed to accelerate cancer research at home, Vice President Joe Biden is working to focus the global community's attention on the devastating disease at the Vatican.
In his speech Friday to a conference on regenerative medicine, Biden plans to draw connections between medical research and broader societal and moral issues that Pope Francis has shined a light on. While in Vatican City, Biden is expected to see the pontiff, who will also speak at the conference, but it is unclear whether they will hold a substantial meeting.
Though the medical and faith communities have sometimes been wary of each other, Biden planned to emphasize that faith and compassion are compatible with reason and science, according to administration officials who briefed reporters on his trip. It's a theme that President Barack Obama has stressed when it comes to addressing climate change, another issue the pope has embraced.
Last year, the vice president lost a son, former Delaware Attorney General Beau Biden, to brain cancer, and months later declared a "moonshot" to cure cancer when he announced he wouldn't run for president. Since then, he's launched a task force with Obama's blessing and the White House asked Congress for $1 billion over two budget years for research, although only a fraction has so far been approved.
In a speech last month to the American Association for Cancer Research, Biden said he's been struck by how leaders from nations as different as Israel and the United Arab Emirates all want to talk with him about one thing: cancer.
"I believe together we can redesign a new system — or adjust to a new system — that better supports your efforts and saves lives sooner than otherwise," Biden said. "Because I really do believe we're on the cusp of breakthroughs that will save lives, benefit all of humanity."
Biden, a Catholic, also planned to meet with Cardinal Pietro Parolin, the Vatican secretary of state, at the Apostolic Palace. He'll also sit down with Italian Prime Minister Matteo Renzi at Palazzo Chigi, the prime minister's official residence.
The vice president traveled to Rome from Iraq, where he paid a surprise visit Thursday to meet with Iraqi leaders about their political crisis and the campaign against the Islamic State group.
Associated Press 2016