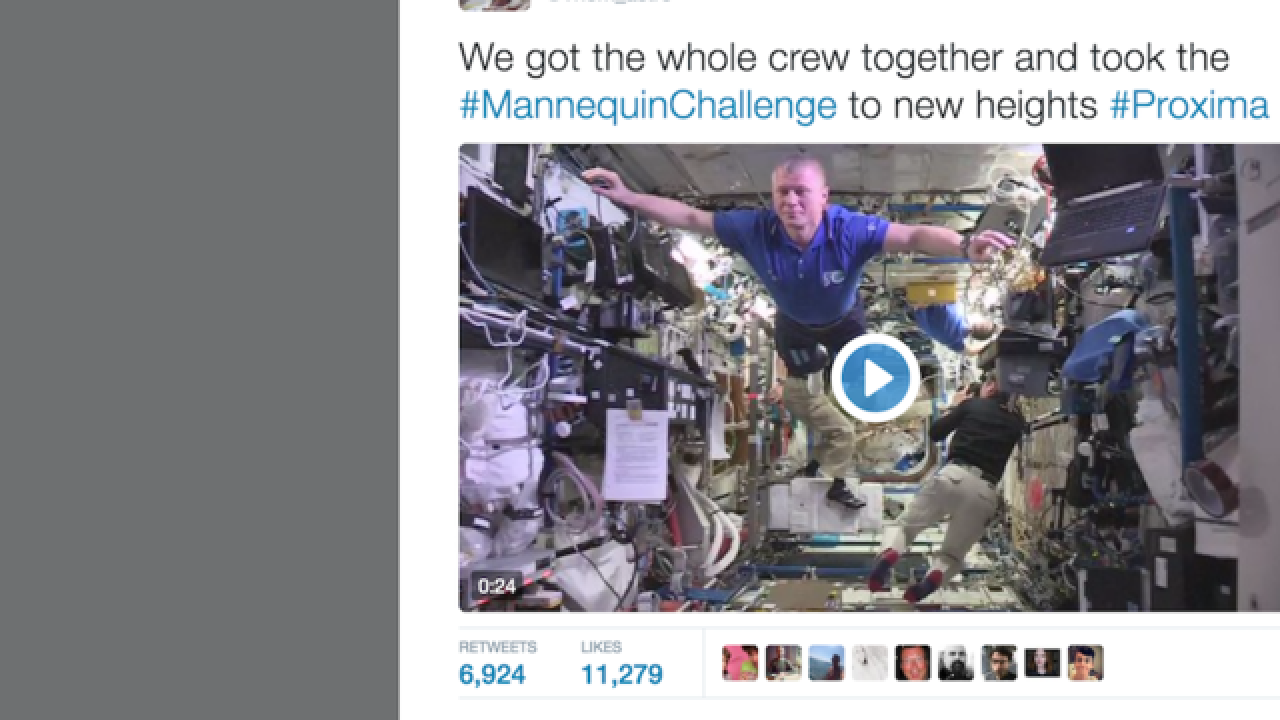 The Mannequin Challenge may have officially hit its peak.

A group of astronauts aboard the International Space Station posed for their own version of the viral video sensation and the clip is epic.

On Thursday, French astronaut Thomas Pesquet tweeted a 24-second video of his crewmates posing motionless while suspended in zero gravity on board the spacecraft. The clip has been retweeted more than 7,000 times and liked more than 11,400 times in less than 24 hours.

"We got the whole crew together and took the #MannequinChallenge to new heights," Pesquet wrote in his message on social media. He wasn't kidding.

See the video below.

The Mannequin Challenge originated in a viral video in October that showed a group of Florida high school students standing motionless as someone walked around and filmed them. The fad took off from there and spurred imitations from pro athletes to presidential candidates to Beyonce.

The world will wait to see if anyone tries to top the International Space Station's Mannequin Challenge.