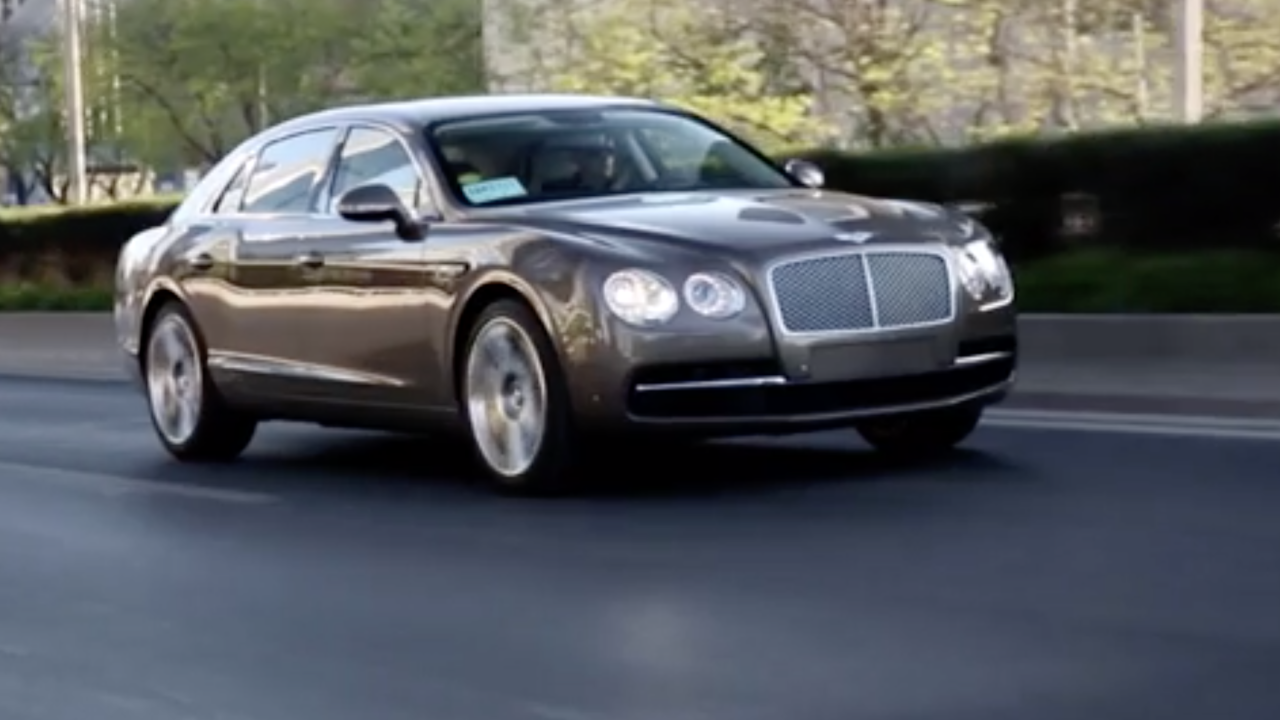 The new Bentley Flying Spur four-door sedan has roomy leather seats, a panoramic sunroof, rich wood veneers and it can hit a top speed of over 200 miles an hour.


That's not a combination you usually find in one car. Generally, cars that go over 200 miles an hour have two doors, low rooflines and big wings. But the only wings you'll find on this car are the ones on its "Flying B" hood ornament.

Bentley revealed the 2020 Flying Spur on Tuesday. It looks like a comfortable limousine, but its 626 horsepower turbocharged 12-cylinder engine can power it from zero to 60 miles an hour in just under 3.7 seconds and carry it to a top speed of 207 miles an hour. That would make it the world's fastest production sedan, according to Road & Track magazine . The next fastest would be BMW's Alpina B7, which can go 205 miles an hour, according to the magazine.

The first cars of this redesigned model will be delivered to customers at the beginning of next year. Bentley has not yet announced the price of this car, but the most recent version of the 12-cylinder Flying Spur cost around $245,000.

Bentley specializes in combining speed and luxury . The company's V12-powered Bentayga is among the world's fastest SUVs. Bentley is part of the Volkswagen Group, which also owns Lamborghini and Bugatti .

Inside, the car has a rotating pane in the center of the dashboard. When parked, it shows three old-fashioned gauges. When the car starts, it rotates to reveal a foot-wide high-definition computer screen. The driver can also select to show a plain wooden panel that blends in with the rest of the dashboard.

On the outside, the Flying Spur's big gloss-black radiator grill is designed to recall a classic 1957 Bentley. The Flying B hood ornament can retract to protect it from thieves or vandals when the car is parked.