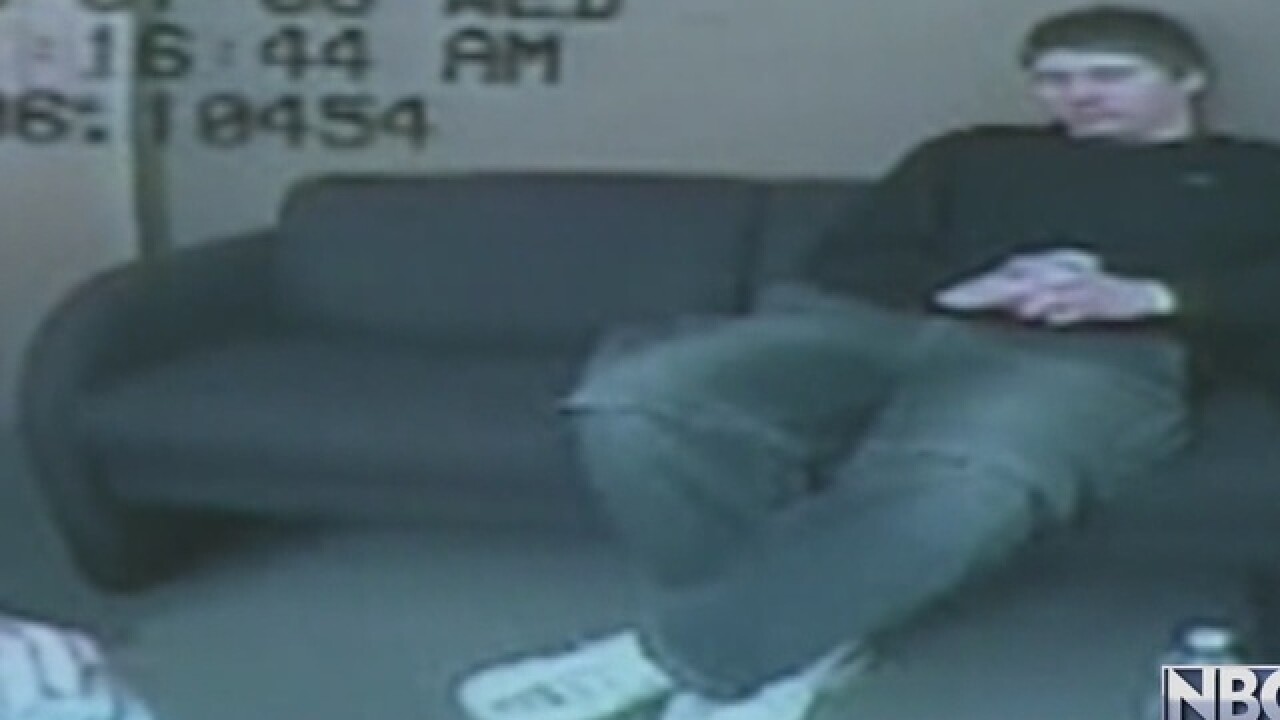 By: Cassandra Duvall
Posted at 11:45 PM, Feb 10, 2016
The ten part documentary, “Making a Murderer" has been seen by millions across the country.
There have been protests and petitions filed to try and free Steven Avery and his nephew, Brendan Dassey.
NBC26 has saved hundreds of hours of unseen tape for more than a decade on the case.
Related: Avery Uncut: Part 1 never-before-seen interviews; Avery Uncut: Part 2 the evidence
We focus on Dassey’s confession tape. It lasts for more than three hours, and it sealed his fate.
Confession tape: “I didn't touch her.”
During the interview with investigators, his story begins to change.
Confession tape: Investigators: Was she tied up already, or did you help him do that? Dassey: She was tied up already.
From having no involvement with the murder, to telling officers how it happened.
Confession tape: Investigators: Fill in those gaps for us. Honesty here Brendan is going to help you. No matter what you did we can work through that. I can't make any promises, but we'll stand behind you, no matter what you did.
Many who watched the confession in the Netflix series feel Dassey was led into his confession by investigators, but the special prosecutor, Ken Kratz, disagrees.
“We'd received information that he -- was starting to change emotionally,” said Kratz.  “Brendan was – crying -- sometimes for no reason.  Brendan had lost over 30 pounds, and so we believed he probably knew more than what he was saying.”
Defense attorney, Avi Berk, NBC26’s legal analyst during the case says the fact that Dassey was interviewed alone raises many questions.
“It was a tremendous risk for Brendan Dassey to be allowed to be interviewed -- at all. And particularly with no one else present,” said Berk. “No lawyer, no family member, no guardian.”
Berk believes the 16 year-old with special needs, probably wasn't able to understand the consequences of his statements.
“He had very limited IQ, very limited mental capacity,” said Berk.
“Brendan was able to resist suggestibility, and his IQ has no correlation at all with his willingness to accept suggestibility,” said Kratz. It does have a correlation to how good he is at lying, how good he is at weaving a story.”
So would Dassey confess if he had nothing to do with the murder?
Confession tape: Investigators: I'm your friend right now, I’ve gotta believe in you, and if I don't I can't go to bat for you. You're nodding, tell us what happened. Your mom said you’d be honest with us.
Berk says under interrogation, someone that is easily influenced may tell people what they want to hear, to please them.
“They sometimes lie,” explained Berk. “They sometimes influence people. And people will confess to things they haven't done.”
Confession tape: Investigators: What did he need help with? We already know.
But Kratz, doesn't believe Dassey was forced into anything.
“Brendan was telling the truth, that he was involved in both the rape and the murder of Teresa Halbach and was a very clear recitation of what had happened,” said Kratz.
It would lead up to August 2007, Dassey convicted of life in prison, with the possibility of parole in 41 years.
NBC26 interviewed the family shortly after the verdict.
“I was kind of hoping 20-25 years, there wasn't no fingerprints,” said Brendan’s dad.
“You have to face the consequences,” said Brendan’s brother, Brad. “Reporter: So you agree with the judge? Brad: To a certain extent. Reporter: Do you think he was involved? Brad: I think so. I think he really was. I think he was coerced by Steven.”
“I don’t think he really understands whets going on, I don't think he grasped the concept of what really happened,” said Brad Dassey.
But Kratz stands firmly behind the video, and Dassey's role in the murder.
“Brendan Dassey made choices,” said Kratz. “He could have been a hero. Brendan Dassey could have saved Teresa’s life.”
Brendan Dassey has a new defense team working on his case. Currently Dassey has a case pending in federal court, but there's no timetable for a judge's ruling.
Scripps Only Content 2015