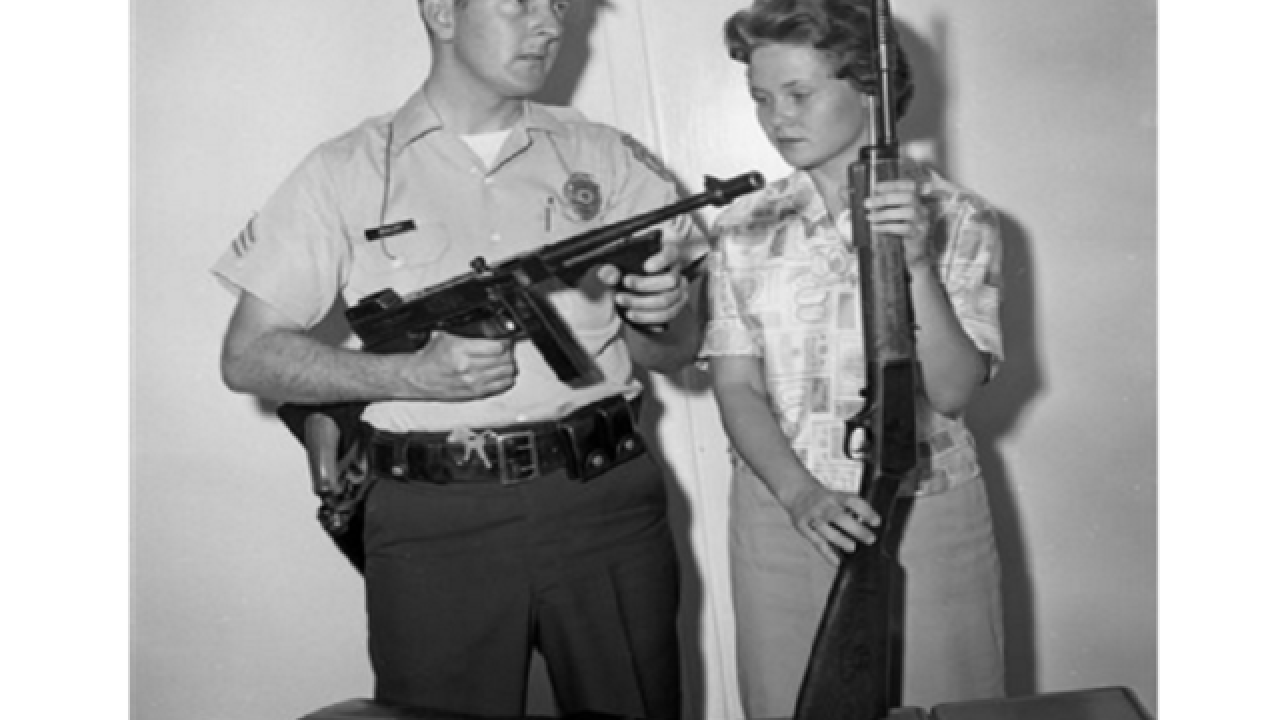 By: Associated Press
Posted at 1:31 AM, Mar 30, 2016
TUCSON, Ariz. (AP) — Police in southern Arizona are at odds with a small Indiana town over a Tommy gun taken from notorious gangster John Dillinger during an arrest more than 80 years ago.
Officials in Peru, Indiana, want the Colt Thompson submachine gun turned over that Tucson police confiscated in 1934 when they took Dillinger into custody and now display at police headquarters, The Arizona Daily Star reported (http://bit.ly/1pHUC5p ).
Peru officials told local newspaper Kokomo Tribune that they believe the weapon was stolen from police there in 1933 when a Dillinger accomplice posed as an insurance agent and asked police to lay out their guns so he could give them a quote.
Dillinger, accomplice Harry Pierpont and others returned to the police station that night and held officers at gunpoint while stealing several items, including the Tommy gun, said Peru City Attorney Pat Roberts, whose father was one of the officers on duty.
After other robberies nationwide, the outlaws were caught in Tucson.
"We understand it's a big part of their history," Tucson police Sgt. Pete Dugan said of the request for the gun. "But it's also a big part of Tucson's history."
Dillinger and his accomplices had several weapons when they were arrested, and it can be difficult to determine the origin of each, Dugan said.
Peru officials say the gun's serial number can prove their claim.
Associated Press 2016