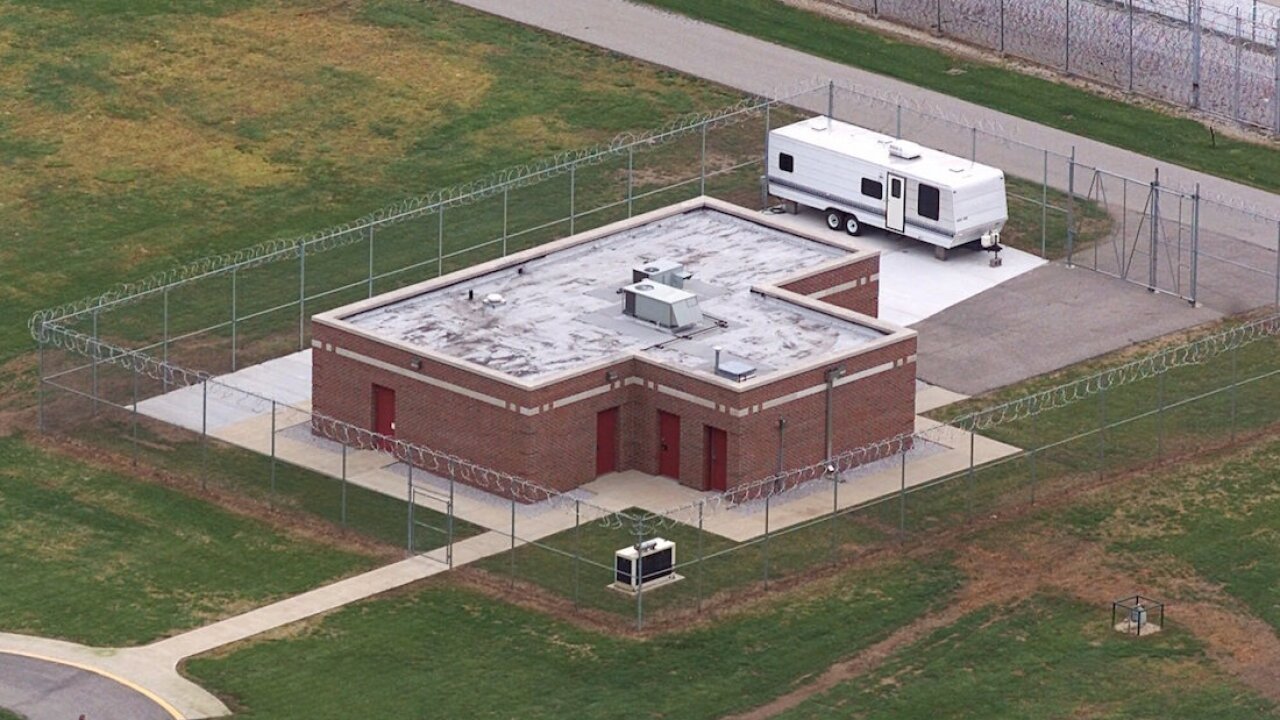 AP2001
MICHAEL CONROY/AP
FILE - In this June 11, 2001 file photo, an aerial view of the execution facility at the United States Penitentiary in Terre Haute, Ind., is shown. After the latest 17-year hiatus, the Trump administration wants to restart federal executions this month at the Terre Haute, prison. Four men are slated to die. All are accused of murdering children in cases out of Arkansas, Kansas Iowa and Missouri. (AP Photo/Michael Conroy File)

WASHINGTON (AP) — A federal appeals court has ruled that the first federal execution in nearly two decades can proceed as scheduled on Monday.

The ruling from the 7th U.S. Circuit Court of Appeals overturns a lower court order that had put the execution of 47-year-old Daniel Lewis Lee on hold.

Lee, of Yukon, Oklahoma, had been scheduled to die by lethal injection on Monday at a federal prison in Indiana.

He was convicted in Arkansas of the 1996 killings of gun dealer William Mueller, his wife, Nancy, and her 8-year-old daughter, Sarah Powell.