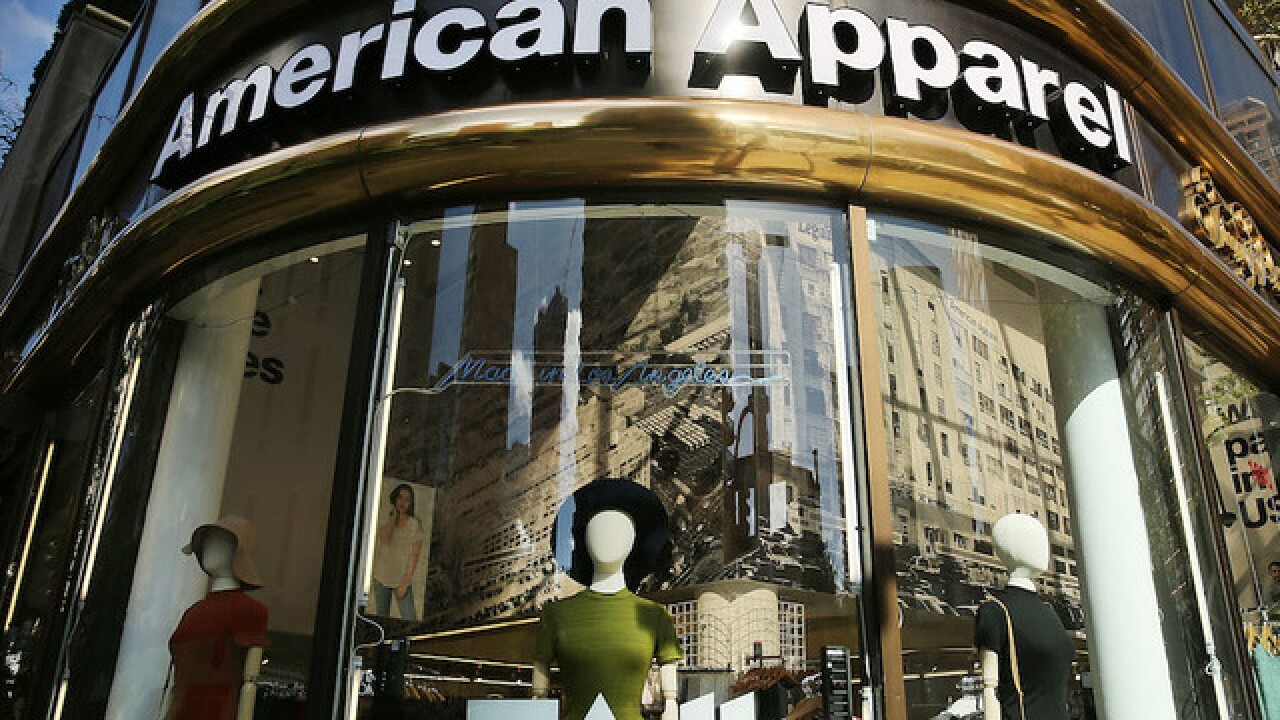 Copyright Getty Images
Spencer Platt
<p>NEW YORK, NY - OCTOBER 05: The American Apparel logo is displayed outside of a store on October 5, 2015 in New York City. American Apparel has filed for Chapter 11 bankruptcy protection nearly a year after the ousting of founder and CEO Dov Charney. In its latest quarter, the youth driven clothing company reported a loss of $19.4 million. (Photo by Spencer Platt/Getty Images)</p>

WASHINGTON (AP) — American Apparel is seeking bankruptcy protection for the second time in just over a year, unable to find its footing even after a contentious fight for control with founder Dov Charney.

Canada's Gildan Activewear is buying the brand, notorious for its advertising campaigns, for $66 million.

The Los Angeles retailer first filed for Chapter 11 bankruptcy protection in October 2015, about a year after it fired Charney for violating its sexual harassment policy. Charney's legal campaign to retake control of the company was rejected by a bankruptcy court judge in January.

Charney denies the sexual harassment charges and has claimed the company was taken from him in a "coup."

American Apparel has lost money every year since 2010.