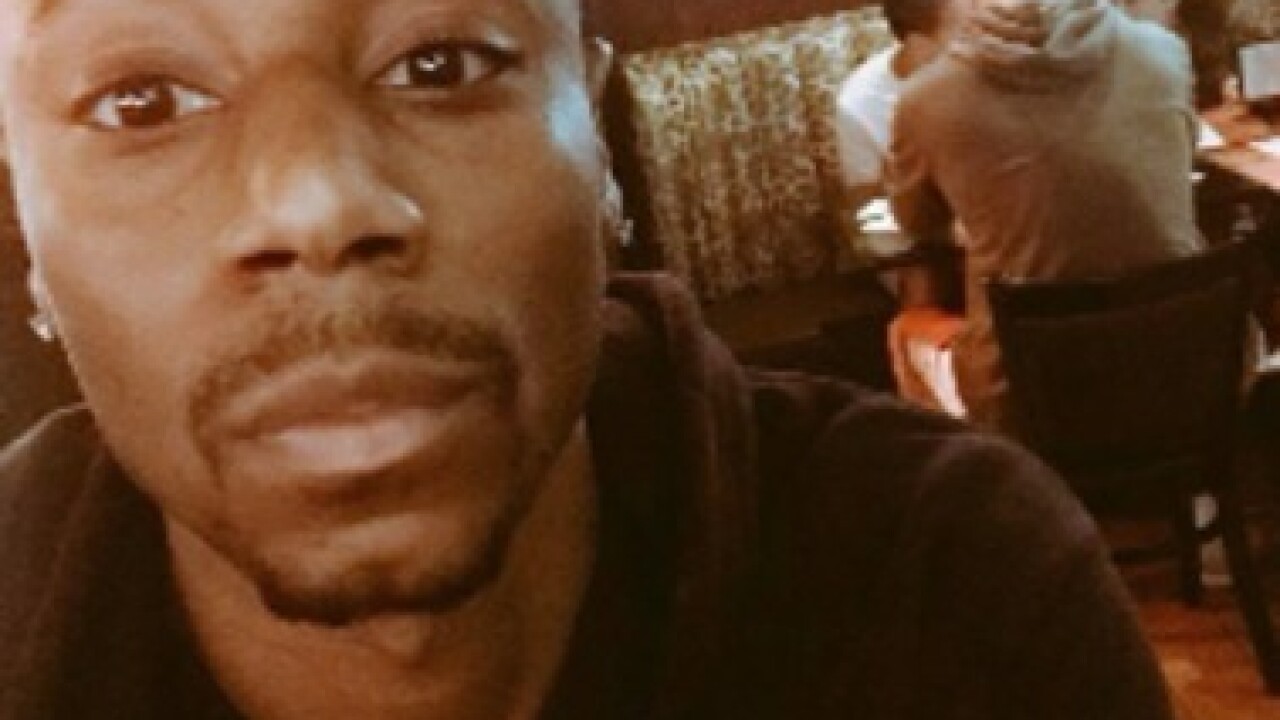 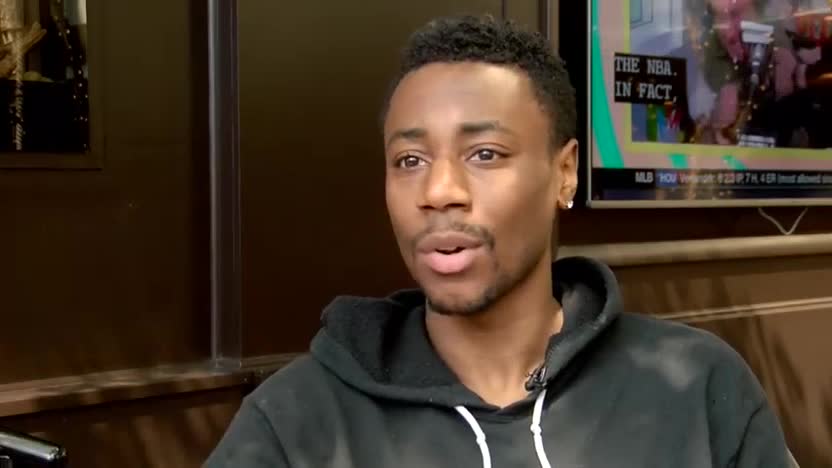 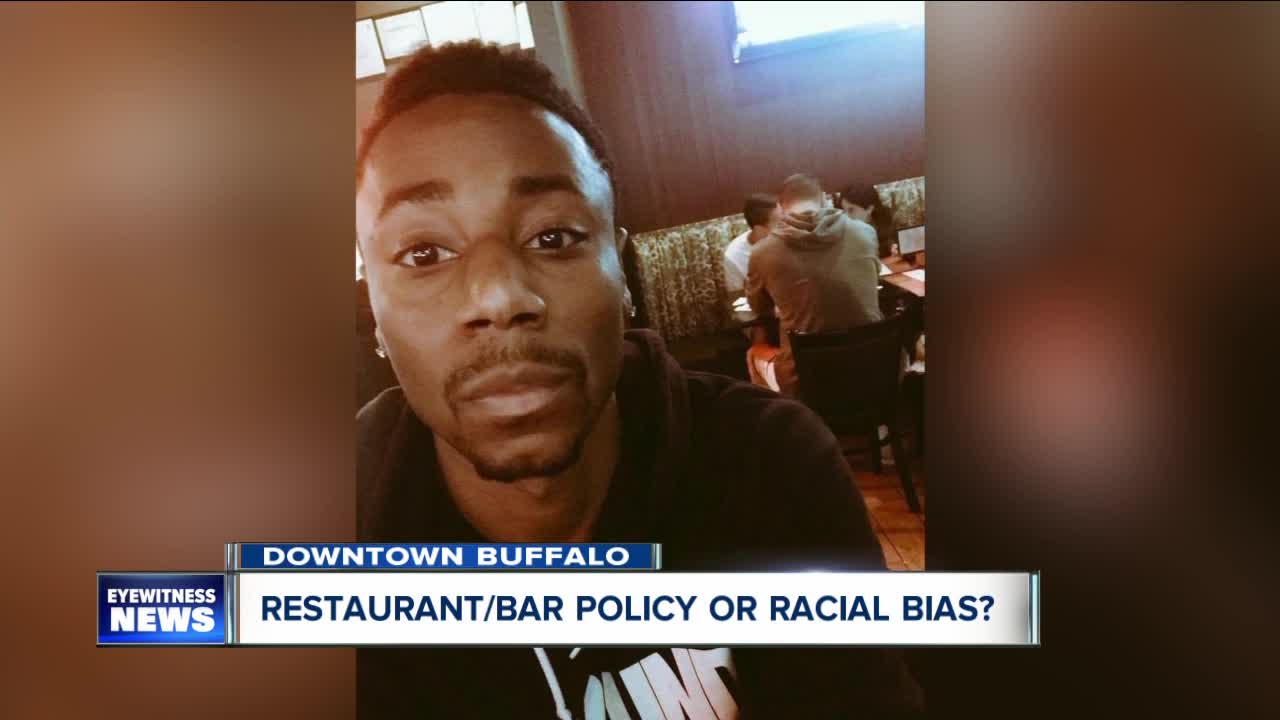 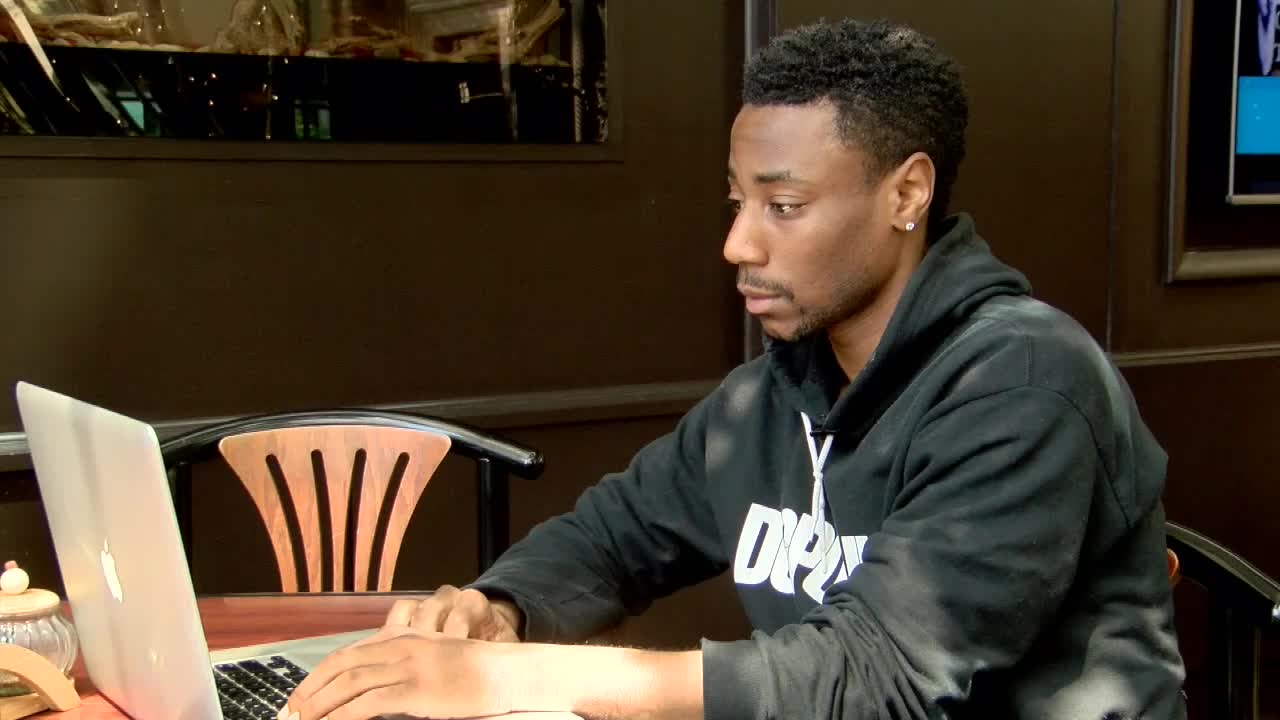 A New York City actor and comedian believes he was discriminated at a Buffalo, New York restaurant.

Chris Jarell, 27, said he was kicked out of Bada Bing on Chippewa on Friday, June 22, for wearing a black hoodie.

This is Jarell’s first time in Buffalo and he’s here filming an independent movie.

He said he was told to leave the restaurant for wearing his hoodie while a white male customer continued to sit at the Bada Bing with a hoodie on. The actor quickly snapped a picture of the customer and posted it on social media.

The restaurant manager said Jarell left on his own and customers are not allowed to enter the business wearing hoodies or flip-flops after 7 p.m. He claims the white customer was already in the business before then and Jarell entered the business after 7 p.m.

Earlier, Bada Bing posted this statement on its Twitter page.

On Friday, June 22 there was an incident with a gentleman who was asked to leave our establishment over his dress. The way that this situation was handled was inappropriate for both him and us. There are two sides to the story but our employees could have used better judgement. Our social media department was asked to stay silent as we investigated the situation and we are sorry we have ignored the bombardment of accusations and ugly fallacies of racism which grew uglier the longer we did not make a statement. We could not possibly provide any answers to this situation until we had all of the facts. We still are gathering facts and we will take necessary actions internally. We are hoping to reach out to the gentleman today(if he reads this he is welcome to call us.)

Our family business was built on heating every customer awesome. Employees make mistakes, managers make mistakes and again we will deal with HR issues privately. We wish to own up to the miscue. Our door policy on the weekends is extremely strict at Bada Bing, as Chippewa St. is an active street that has had documented fist fights and all-out brawls. Our dress code is a selection of keeping people in our establishment safe. That is not a “buzzword” for keeping Bada Bing white. The fact that a white person was wearing a hoodie in the restaurant (at a table) was both a reflection of the shift change, as well there is a part of the story missing, this was not selective enforcement, and we are sorry that was not explained to the gentlemen. As a sports bar, we understand that people are wearing their hoodies for FIFA, NFL, NIKE, NBA, NHL etc. In that sense, we are guilty of breaking from the policy for big games or local team games on Sunday afternoons in the Fall or a night game with the Sabres as we are a popular pre-game destination. We do not determine dress code based on skin color. Racism is horrible. We detest it. Everyone is welcome at the BING.  

Later, the restaurant deleted that post and posted this statement:

“The Ownership of Bada Bing has been apprised of the allegations made against one of our employees and we have begun a full investigation into the facts surrounding the incident. We take these allegations very seriously and if proven, we will take all steps necessary to deal with the issue. We value all of our customers and we want the community to know, that we in no way condone racial or ethnic bias of any kind.”

Jarell said he didn’t say anything to provoke the restaurant staff. He just questioned why one customer of a different race could wear a hoodie and he couldn’t.

“I told the manager if I put this on social media, it’s not a good look man. You’re treating somebody who’s coming in town for the first time like they’ve done something wrong. He was like f' you and your social media. Don’t come back here. I don’t care who you are,” Jarell said.

That restaurant manager said, “I feel terrible. Last thing I wanted was people to think I’m a racist. I think both sides caused the situation.”

Since Jarell posted this incident on Twitter several Buffalo restaurants have reached out to him and invited him to their businesses.

“That’s why you can’t judge every book by its cover,” Jarell said.