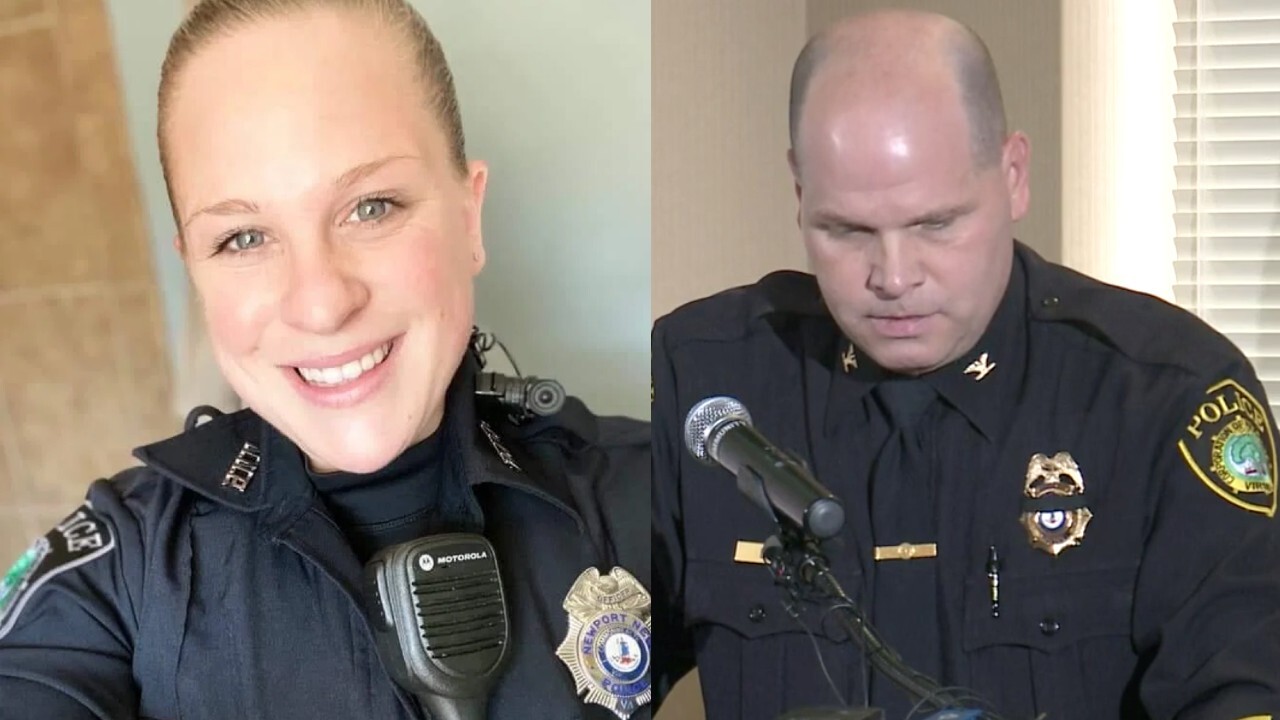 NEWPORT NEWS, Va. – A Virginia police chief spoke to the public Friday morning and gave more information about an incident that took the life of an officer Thursday night.

Thyne approached on the driver side and another officer on the passenger side. Chief Drew said the driver door opened and when the driver was asked to get out, he accelerated, dragging Thyne for a block.

The vehicle fled the scene and crashed into a tree nearby in the area of 16th Street and Walnut Avenue. Thyne was pinned between the vehicle and the tree, Chief Drew said.

The other officer was able to get out of the way of the accelerating vehicle.

Vernon Green, the alleged driver of the vehicle was arrested after a foot chase and has been charged with felony homicide, evade and elude, and narcotics charges.

The alleged passenger, Ivy Runnels, has been arrested and has a drug charge.

After giving more details about the incident, Chief Drew tried to hold back tears as he remembered Officer Thyne.

Officer Thyne was in the Navy and was serving in the reserves.

He went on to highlight Officer Thyne’s community involvement, explaining how she coached the Boys and Girls Club basketball team. He said the games scheduled will go on in her memory.

Over 50 officers were at the hospital Thursday night, supporting Thyne and one another and the Chief said there will be counseling offered for the department, both mandatory and voluntary.

This story was originally published by staff at WTKR.