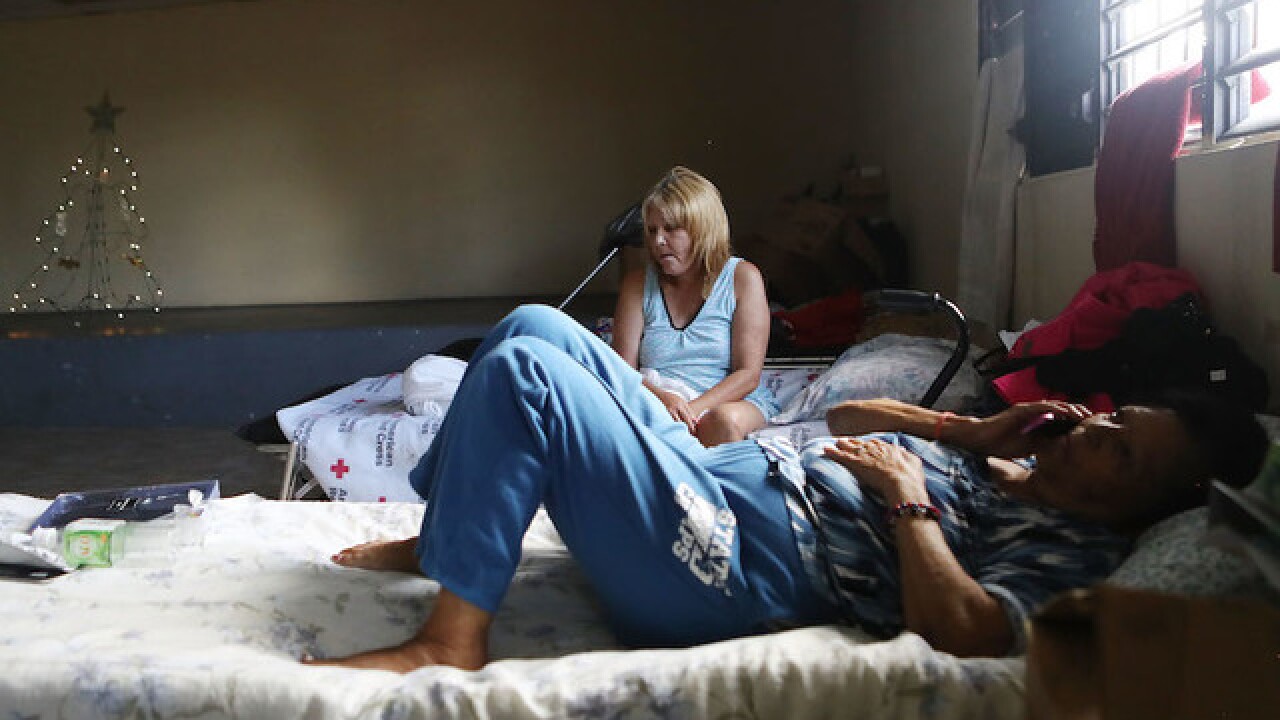 Exactly how bad was Puerto Rico's power system damaged by Hurricane Maria? Everybody knows a lot of people were in the dark, but information provided by authorities has been confusing.

The picture became a little clearer Friday. The governor's office announced that "approximately 55% of the customers who are able to receive electric power have their service restored." Customers were defined as "residential, commercial and industrial clients," not individual people.

Previously, the government talked about only percentage of power-generating capacity restored, a figure that does not reflect the number or percentage of Puerto Rico's population that has power.

Back in mid-November, for instance, the governor celebrated power generation on the island reaching 50% of capacity.

A US Energy Department official said December 19 that nearly 70% of the island's power generation capacity was back online. The federal government says data on the number of residents receiving power is no longer available.

The Army Corps of Engineers has projected that power will be restored for most people by March, but those in very remote areas might have to wait until May because of the difficulty in moving supplies.

Efforts to bring back power have been hampered by the remoteness of some residents and lack of materials.

The Army Corps of Engineers has said there's a shortage of supplies because of other natural disasters in the United States.

In a Friday tweet, the Army Corps said it had received 14,050 poles and 330 miles of conductor wire for Puerto Rico to date. About 6,000 poles and 1,200 miles of wire were scheduled to arrive in the next two weeks, the tweet said.

In Yabucoa, a town of about 38,000 located on the southeast corner of the island, power has been partially restored, but Mayor Rafael Surillo said he thinks it will be six months before people who live in the mountains above the town will obtain power. He said power company workers spent a month in the area but didn't have the materials to do the work.

Gov. Ricardo Rosselló recently asked US power companies to send workers to Puerto Rico to help with the job.

Florida Power and Light said 140 lineworkers and support staff will travel to Puerto Rico in early January to do their part. Equipment was shipped ahead of their arrival.

Hurricane Maria was a Category 4 hurricane that struck Puerto Rico in mid-September. It was the strongest storm to hit Puerto Rico in 85 years and left much of the island without power or water.

The number of deaths has also been unclear. The official death toll there stands at 64, but a CNN investigation revealed 499 deaths, recorded by funeral homes, that could have been caused by the storm.

Rosselló recently ordered an investigation into the official death toll after CNN and other news organizations raised questions.