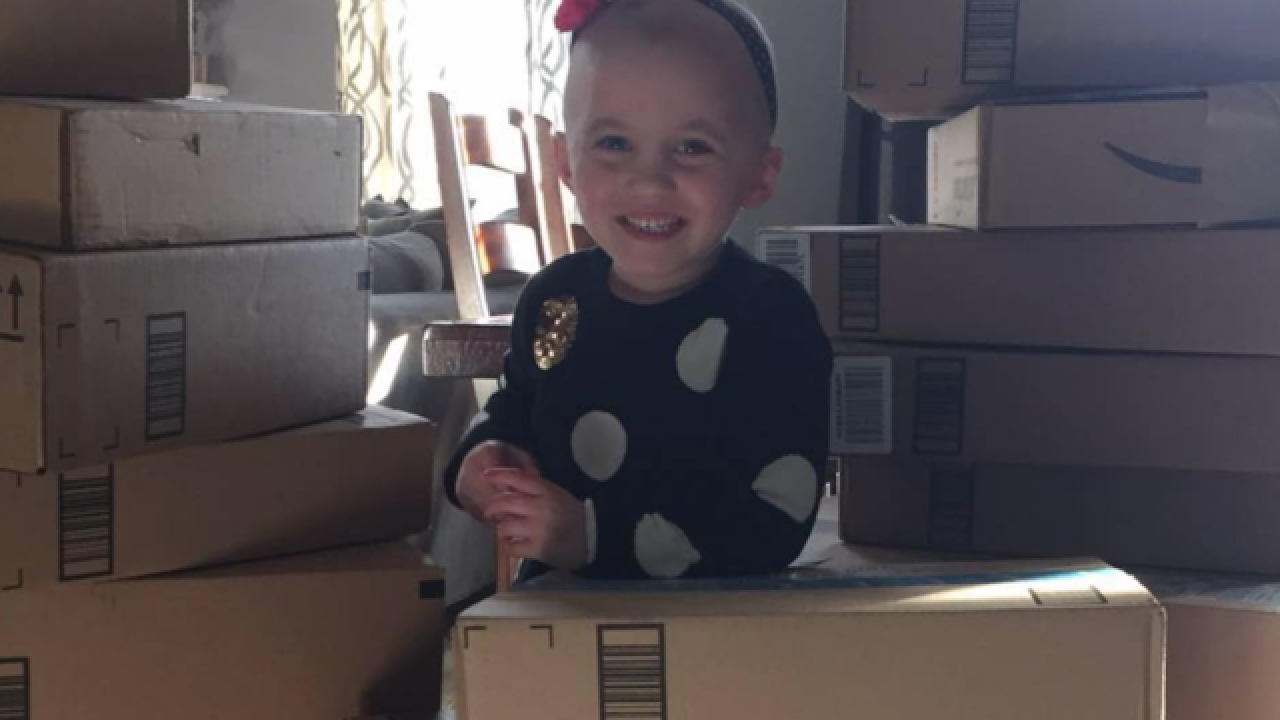 As Jillian Massey spent much of 2016 fighting brain cancer, she also made many friends at the Children's Hospital of Philadelphia. In an attempt to bring holiday cheer to her friends, the 4-year-old and her family started a toy drive for children spending the holidays at the Philadelphia hospital.

According to ABC News, Jillian has raised more than 3,000 toys.

Massey's family has done much of the work on Jillian's Facebook page, as she has solicited friends and well-wishers for gifts through Amazon.

According to her Facebook page, Jillian was declared cancer free in November. The toy drive has been a way for Jillian to pay back the community that has supported her. Earlier in 2016, a fundraiser netted $43,000 for her family to help pay for medical expenses.

"Each box that we have received doesn't just hold a toy--- it holds something that creates childhood laughter, excitement and memories. Each of you that took the time to give are part of such an amazing movement of people helping other people," said a Facebook post on Jillian's page. "You have created a happy moment that will put a smile on the face of a child."

The Masseys are accepting donations through Friday. The toys will be delivered on Dec. 17 at the hospital.