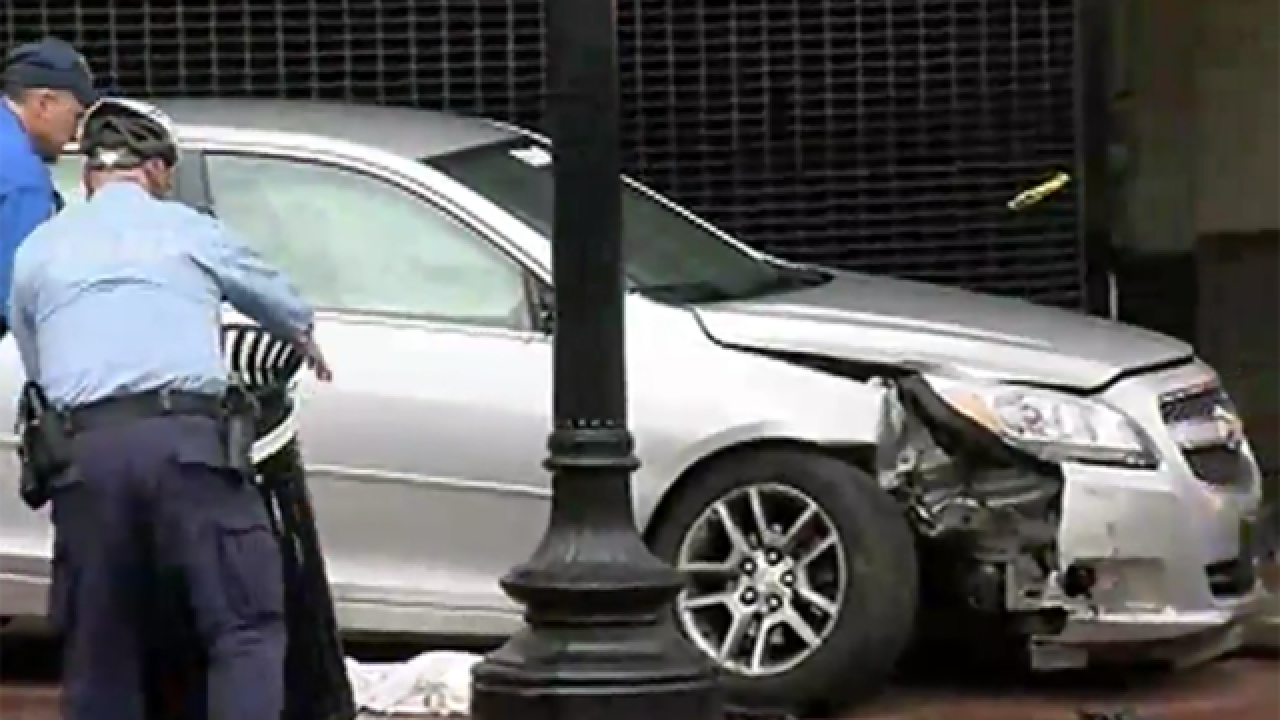 Police report that a two vehicle crash at the intersection of K Street and 9th Street resulted in one vehicle jumping the curb and striking four pedestrians. All victims were conscious and breathing after the accident, and the drivers remained on the scene.

“What occurred here is we had two vehicles that were traveling southbound on 9th Street. One vehicle over shot his left turn and actually crashed into the second vehicle which was then pushed up onto the sidewalk and struck four pedestrians that were on the sidewalk. … Those four pedestrians were transported to local hospitals with serious but non-life threatening injuries,” said a media spokesperson for the Washington D.C. Police during a curbside press conference. “This has no nexus that we have uncovered to terrorism. We simply believe that this was a traffic accident that you see here today.”

The cars involved look like a pickup truck and a sedan.

All of the pedestrians struck were adults. They are all in serious but stable condition.

Police are investigating and have several eye witnesses to the event.

“It is an accident, there is no nexus to terrorism,” the spokesperson reiterated.