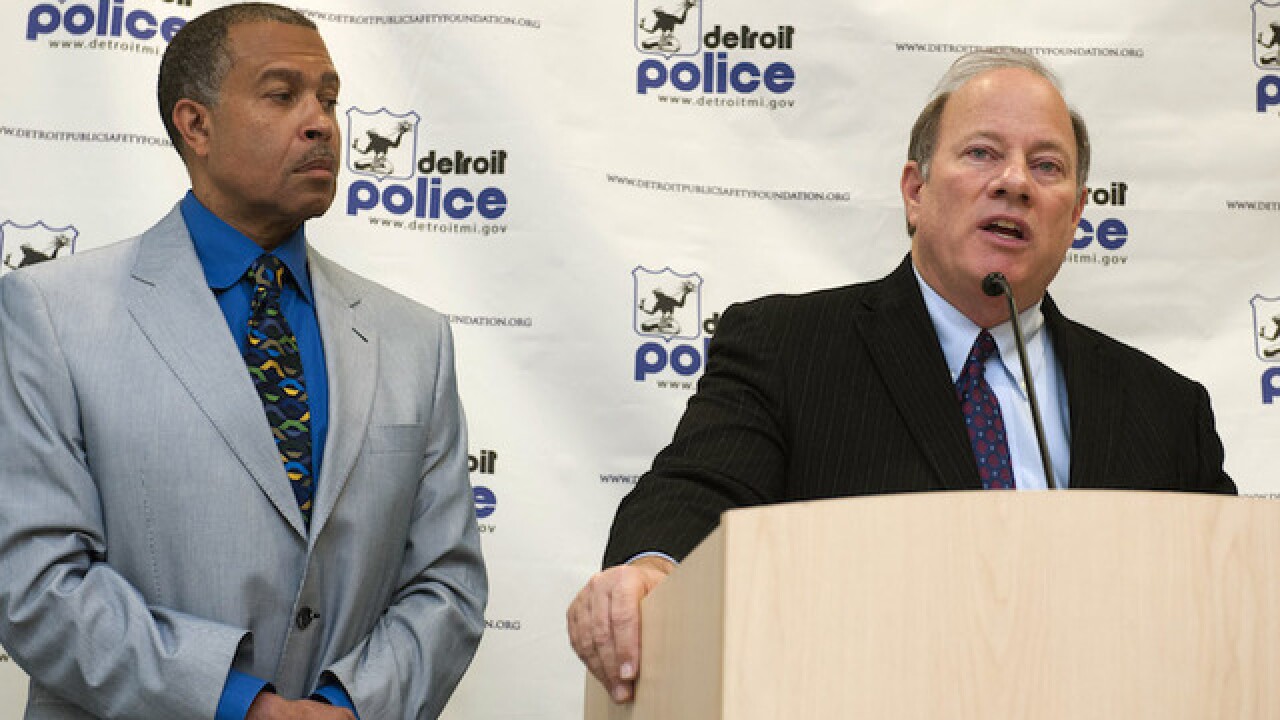 Copyright Associated Press
John T. Greilick
<p>Detroit Police Chief James Craig, left, and Detroit Mayor Mike Duggan speak about the investigation into the kidnapping and murder of Deontae Mitchell during a press conference in Detroit, Friday, June 3, 2016. A fourth person was arrested Friday in connection with the abduction and death of the Detroit boy, whose body was found this week in a vacant lot, police said. (John T. Greilick /Detroit News via AP)</p>

DETROIT (AP) — Two men and a woman were charged Thursday in the abduction and killing of a 13-year-old boy whose body was found a week ago in a vacant lot in Detroit.

Walker is accused of choking Deontae Mitchell to death with help from Roberts and Coleman. Coleman had been charged with kidnapping last weekend.

A cousin told police that Deontae picked up some money dropped by a man outside of an eastside market May 31. Surveillance video shows Deontae being pursued by a man, who grabbed his arm and forced him into a car.

Deontae's body was found a week ago in a vacant lot in Detroit. A cause of death is being investigated.

It wasn't immediately clear whether the three had attorneys in this case.

Walker was arrested in Ohio, extradited to Detroit and pleaded guilty Wednesday to violating probation and other crimes stemming from a 2013 case.