3 airlifted to hospitals after blast at Pennsylvania Army depot 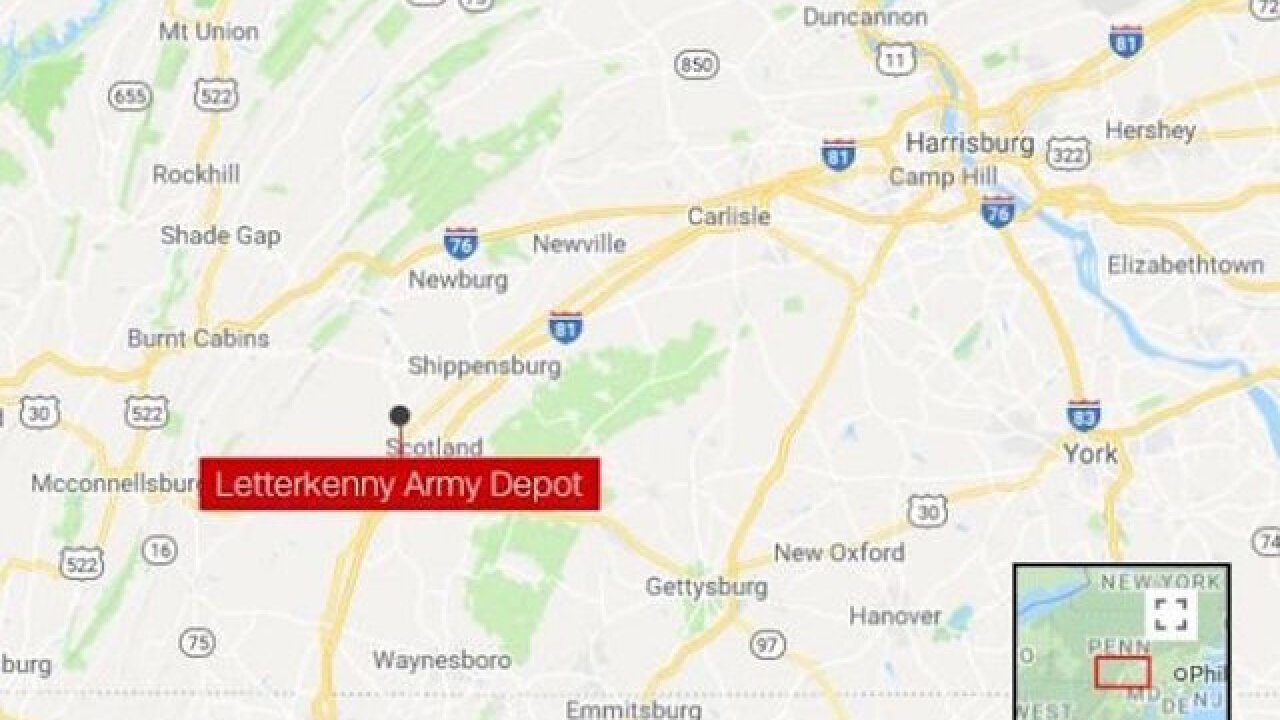 © 2018 Cable News Network, Inc.
CNN
<p>Three people will be airlifted to area hospitals after a small explosion Thursday at Letterkenny Army Depot, according to the Franklin County Office of Emergency Management in Pennsylvania.</p>

Three people will be airlifted to area hospitals after a small explosion Thursday at Letterkenny Army Depot in southern Pennsylvania, according to the Franklin County Office of Emergency Management.

Helicopters for the patients are still at the scene, the office said at about 8:30 a.m. ET.

The explosion erupted in a large warehouse, which has been evacuated, emergency officials said. The Franklin Fire Company posted an image on Facebook of two if its fire engines on the scene about 7:15 a.m. ET.

The injured were burn victims, the fire department said.

"There has been an incident at building 350. Employees, please remain at your work area until further notified. If you are outside of the main gate, please do not attempt entrance at this time," the depot said on Facebook, urging base employees to monitor their phone and email for updates.

In another post, it said, "The incident is contained and will not affect depot operations or workforce safety elsewhere."

A now-deleted post said, "There is no suspicion of terrorist activity."

A woman answering the phone at the base would not say why that post and others were removed from Facebook, directed questions to a base spokeswoman and said the base would release a statement shortly.

One of the deleted posts had ordered those on the base not to share information about the explosion.

Letterkenny Army Depot is just outside Chambersburg, about 100 miles north of Washington. The 18,000-acre base employs 3,600 civilians, contractors and military personnel.

It was selected in 1941 as an ordnance depot. Today, it provides support for US and allied air and missile defense forces.