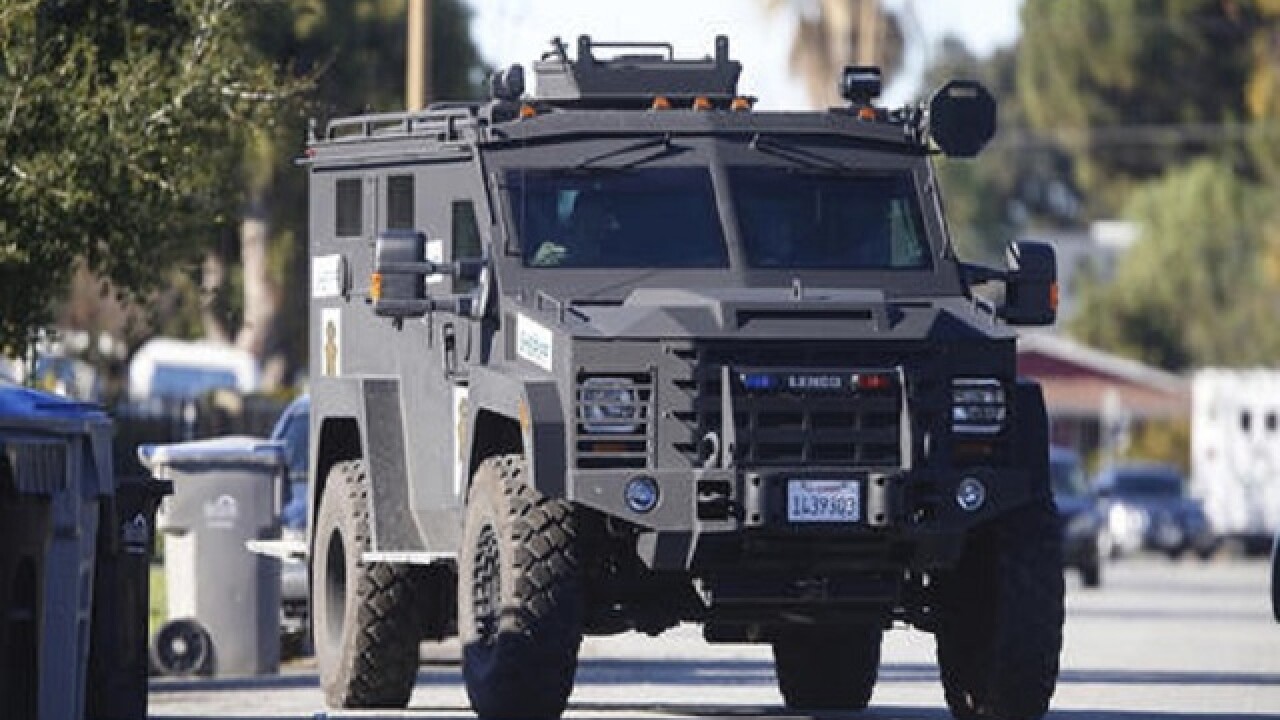 A second fugitive inmate who last week escaped from a county jail in California by rappelling down with a bedsheet has been re-arrested after a standoff with police that lasted more than seven hours.
The Santa Clara County Sheriff's Department says Rogelio Chavez was recaptured Wednesday night at a house in San Jose.
A SWAT team shot tear gas canisters into the home at least twice earlier in the day.
Video of the scene showed a man in handcuffs being led out of the house by at least six officers.
Late Tuesday, the U.S. Marshals Service and police in Antioch arrested 26-year-old Laron Campbell.
Chavez and Campbell escaped with two other prisoners last week by cutting through the bars covering a second-story window and then rappelling to the ground on a bedsheet rope. The others were quickly apprehended.
Copyright 2016 The Associated Press. All rights reserved. This material may not be published, broadcast, rewritten or redistributed.