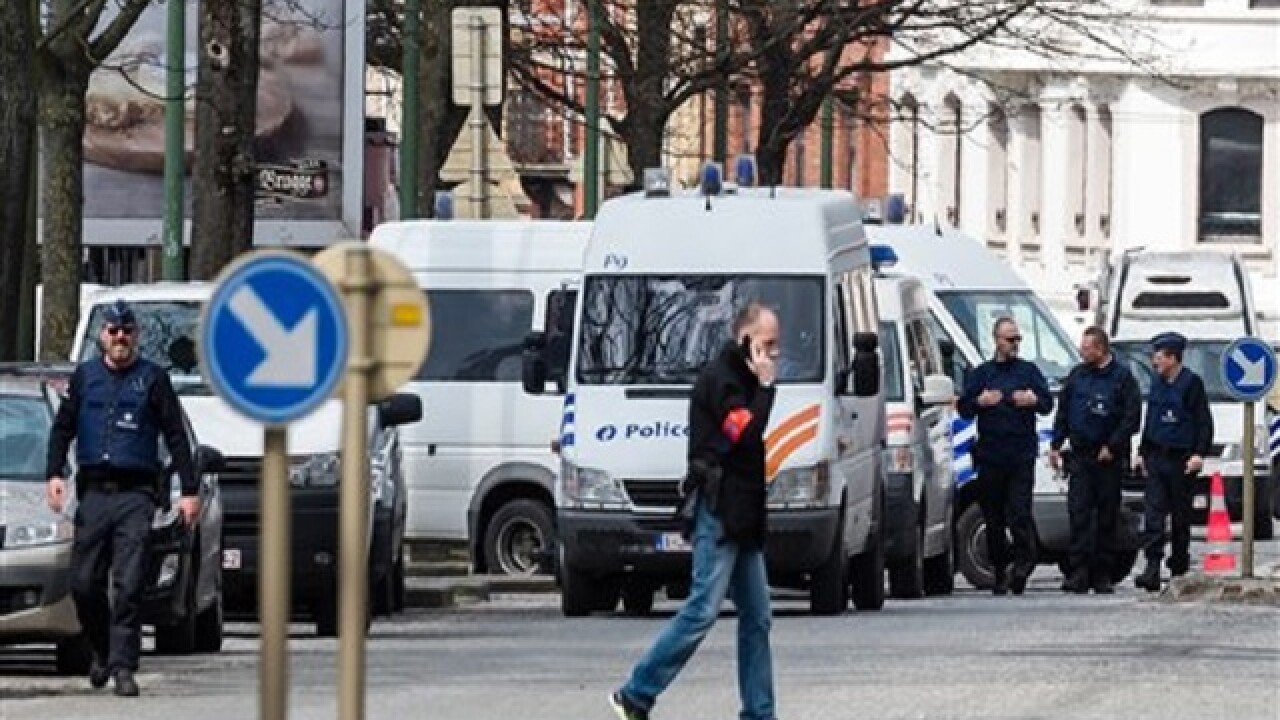 The Belgian Federal Prosecutor's office said the suspects, identified only as Smail F. and Ibrahim F., were involved in renting an apartment in the Etterbeek area of Brussels that served as a hideout for the bomber who attacked the Brussels subway as well as a suspected accomplice.

Prosecutors could not been immediately reached for comment, but state-run RTBF broadcasting, citing information form unspecified sources, reported the two suspects were brothers, and that the older sibling had rented the apartment on the Rue des Casernes, while the younger brother helped empty and clean it following the attacks.

Belgian police searched the Etterbeek apartment Saturday but found no weapons or explosives.

The statement from prosecutors said the investigation "is continuing actively day and night."