12 indicted for death of teen in case of mistaken identity 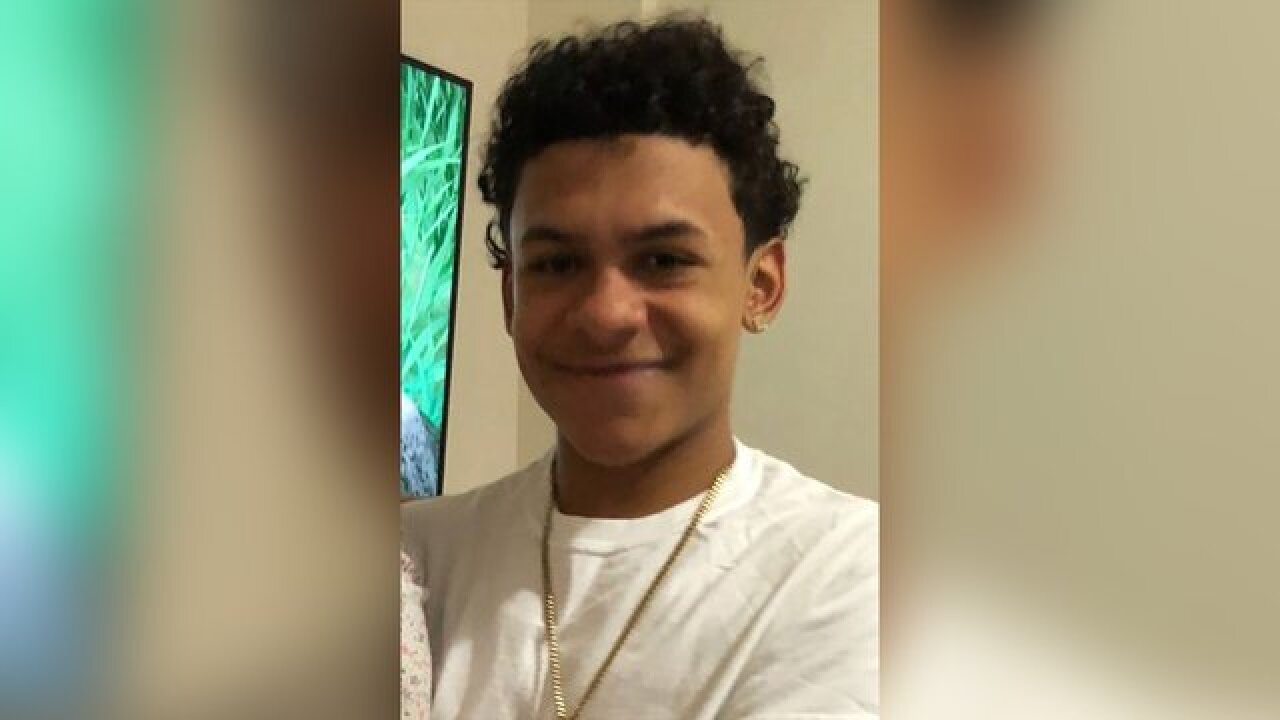 New York authorities announced the indictments of 12 men in the killing of an unarmed teen who was attacked in a case of mistaken identity in the Bronx.

All 12 were arrested in connection with the fatal stabbing of 15-year-old Lesandro Guzman-Feliz, who was mistaken for a rival gang member and whose assault was caught on surveillance video on June 20, officials said Wednesday.

Investigators said the 12 men, who were part of the "Los Sures" set of the Trinitarios gang, gathered at the Boston Road home of Diego Suero, the alleged leader of the group. They were plotting to commit violence against another rival group, also under the Trinitarios gang, known as "Sunset," officials said.

"This was an intragang conflict where the defendants allegedly plotted to attack an upstart set of the Trinitarios and allegedly committed a crime that has shocked people everywhere for its brutality," said Bronx District Attorney Darcel Clark at a news conference on Wednesday.

Suero's attorney did not immediately return a request for comment.

On the night of the attack, the gang members took four cars and came upon Guzman-Feliz, a member of the NYPD Explorers program, who was also known as "Junior," officials said. Guzman-Feliz has left his home and had just given money to a woman he knew in the neighborhood when he was confronted by the gang, officials said.

They got out of their cars and confronted the teen, who then fled to a bodega four blocks away, officials said. The gang members followed him into the store and dragged him outside, where he was assaulted on the street, officials said.

Five of the gang members stabbed and slashed him with knives and a machete in the neck and body, officials said.

After the attack, Junior had enough strength to run to St. Barnabas Hospital, but he collapsed at the entrance and died a short time later.

"An innocent young man with a great future was unjustly targeted and brutally murdered," said NYPD Commissioner James O'Neill. "It doesn't matter that he was wrongly targeted and that it was a case of mistaken identity. Just the notion that anyone or any group of people somehow thinks that committing such an act in NYC is okay is abhorrent at its core," O'Neill said.

After the killing, the gang members went back to Suero's home to hide the weapons and aid one of their members who cut his hand in the spate of violence. All gang members were remanded back into custody and could face up to life in prison without parole, officials said.

After the arraignments, the mother of Junior was inconsolable.

New York police describe the Explorers program a program giving young people "an introduction into a career in law enforcement." The initiative is geared for people ages 14 to 20 in the city's "diverse communities."

Days after the killing, the New York City Police Foundation announced the establishment of a scholarship honoring the teen.

The New York City Police Foundation Lesandro Guzman-Feliz Memorial College Fund will provide two NYPD Explorer high school graduates up to $5,000 each in reimbursement of tuition and school supplies upon enrollment in an accredited school for the fall semester," police said in a news release.