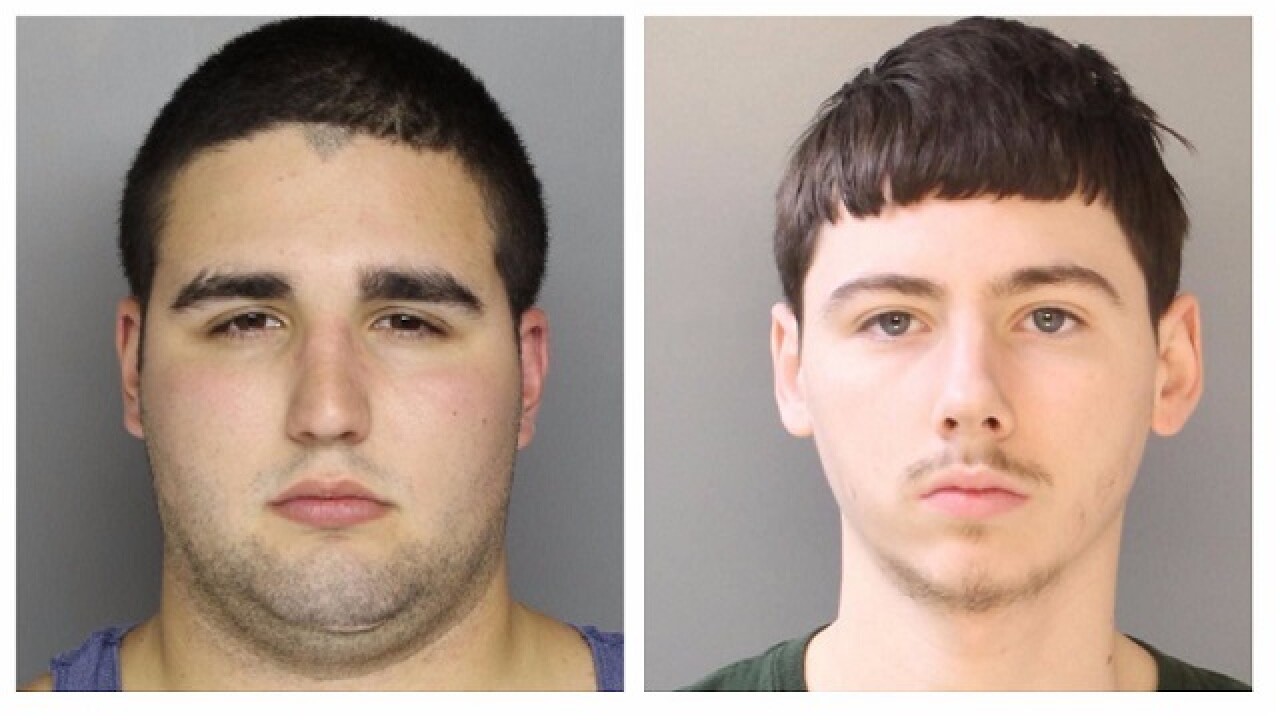 Copyright 2017 Scripps Media, Inc. All rights reserved. This material may not be published, broadcast, rewritten, or redistributed.
Bucks County DA

A 21-year-old man who enlisted his cousin in a gruesome plot to kill four young men at his family's suburban Philadelphia farm last summer pleaded guilty Wednesday to murder charges that will put him behind bars for life.

Cosmo DiNardo's plea gave solace to a grieving father who turned to the stone-faced killer in a packed courtroom and said, "Your only way out of prison is wearing a toe tag."

"That's the least we all deserve," said Mark Potash, the father of 22-year-old victim Mark Sturgis.

DiNardo's cousin, 21-year-old Sean Kratz, is expected to plead guilty Wednesday afternoon to charges related to his involvement in the deaths of the men, ages 19 to 22.

DiNardo pleaded guilty to charges including first-degree murder, conspiracy, robbery and abuse of a corpse. His lawyer said he did so to avoid the death penalty.

DiNardo was legally barred from possessing firearms due to an involuntary commitment. He had a schizophrenia diagnosis and repeated contacts with police, but lawyer Fortunato Perri said mental health professionals who evaluated DiNardo after his arrest weren't sure they could present an insanity defense.

Police found the men after a grueling, five-day search.

Three were lit on fire and placed 12-feet (3-meters) deep in an oil tank converted into a pig roaster.

DiNardo allegedly lured them to his family's 90-acre (36-hectare) farm under the guise of making marijuana deals.

Jimi Taro Patrick's grandparents, who had raised the slain 19-year-old since birth, asked DiNardo to pray for them and his mother, who has severe mental illness.

"My heart is broken, and I will never, ever be the same," she said. "I love you Jimi and I miss him very, very much."

The other victims were 19-year-old Dean Finocchiaro and 21-year-old Tom Meo.

The families of the slain men are suing DiNardo's parents, saying they knew he had mental health issues and violent tendencies but didn't prevent him from accessing a gun.

DiNardo's parents own the farm property in Solebury and construction and concrete companies in Bensalem, where they live.

In his confession, DiNardo acknowledged selling handguns to local residents. Five months before the killings, police charged him with having a shotgun.