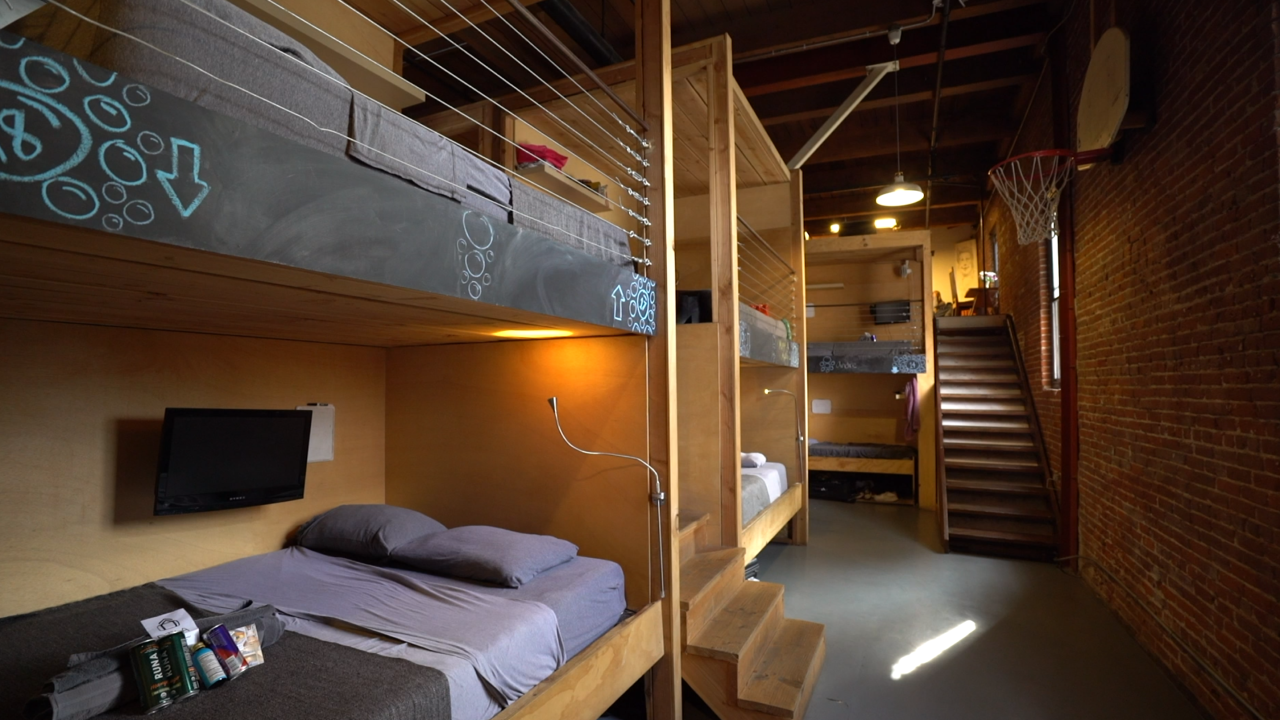 Dreams don’t come easy in Los Angeles. Finding a place to live can be the barrier that keeps dreams from coming true.

Daen Weary’s dreams brought her to L.A. from St. Louis.

“Right now, I’m a security guard, but I’m into acting right now and I’ve done some minor work,” she says.

Since April, Weary has called PodShare her home.

“With my dream and goals, this is pretty good for my budget and what I'm trying to do,” she says.

The PodShare community where Weary lives is located in the city’s arts district.

“PodShare is a housing network where you can live anywhere across different expensive neighborhoods for a nightly, weekly, or monthly rate,” says founder and CEO Elvina Beck.

The start-up offers affordable places in parts of California that have become unaffordable for many renters.

“You get your own pod with a flat-screen, personal outlets and a nightlight,” Beck says. "You get food in the fridge, toiletries in the showers. It’s all utilities, no security deposit or move-in fees. No proof of income.”

“The whole idea is to give you a starting off point when you first get into that expensive city,” Beck explains.

California has some of the highest rent prices in America.

A recent study by Zumper listed the top ten most expensive places to rent and five of the cities are in California.

“I’m not going to be here for the rest of my life, but I’m not in any rush to leave,” says tenant Courtney Manlove.

Manlove moved into PodShare in September.

She says a cancer diagnosis a year and a half ago set her back. She says she’s cancer free now, but her credit took a major hit.

“I was going to be homeless because my credit score went from a 780 to a 350 almost overnight, because I kept taking money out to keep me alive,” she says.

PodShare is just one of several start-ups that offer this communal living across the country.

“People are saying, ‘Maybe I don’t need that much space to myself and I need more flexible terms,’” Beck says.

That means as rent continues to climb in many parts of America, people may become more willing to trade privacy for price.