Ready to be sent to space? Commercial space ports are — and it could happen sooner than you think

Last year, the Colorado Air and Space Port became one of only a dozen commercial space ports in America — a place where people might launch into space one day. 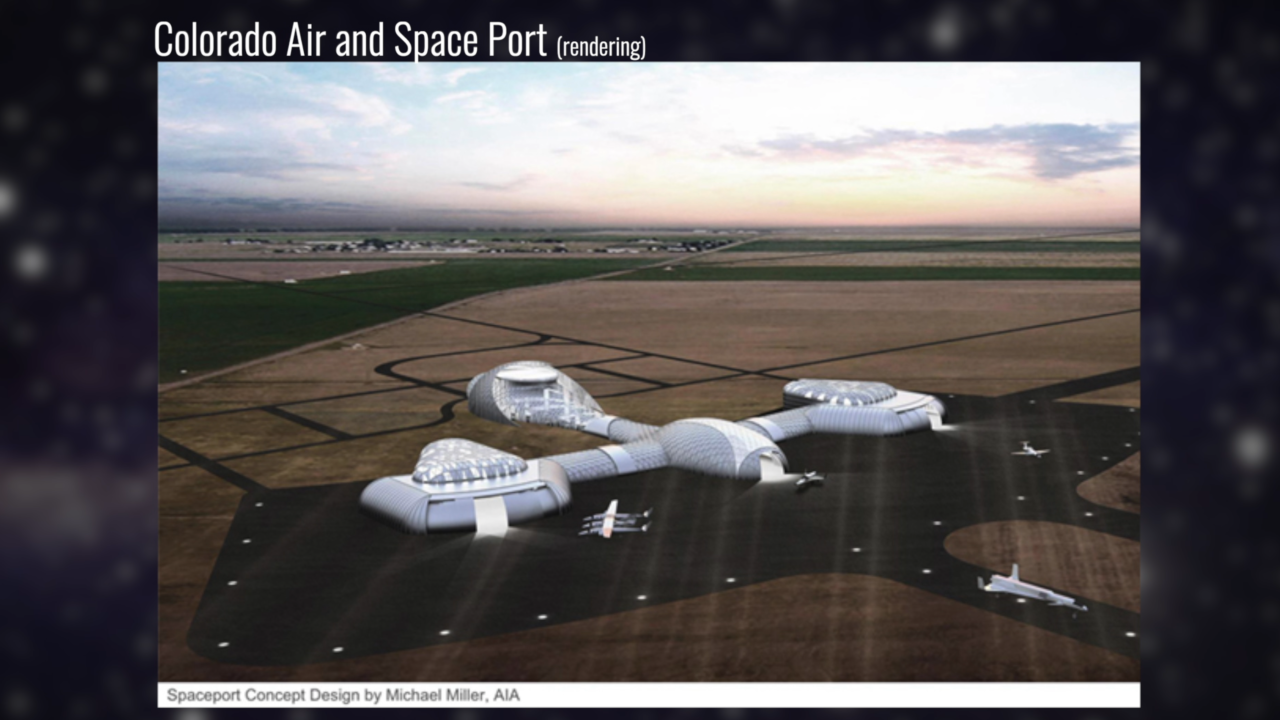 WATKINS, Colo. — Dave Ruppel has always been interested in space.

"I think it's like the final frontier when you think about it," he says.

Ruppel is the director of the Colorado Air and Space Port.

The facility is a general aviation airport that used to be known as Front Range Airport. Last year, the facility became one of only a dozen commercial space ports in America — a place planning to be where people will one day launch into space.

Other space ports include Spaceport America and Mojave Air and Space Port.

"When you talk to people about space and commercial space in general, a lot of times, you get blank stares," Ruppel says.

He says a lot of people say it sounds like science fiction.

"The reality is there is a lot going on in that industry and a lot of the things that we thought as science fiction 10 years ago are science fact today," Ruppel says.

Ruppel says it's possible the Colorado Air and Space Port could see a launch into space in the next five years.

"I think as humans we're always better when we're reaching towards something that's a little beyond our grasps, and that's space," Ruppel says.

For more information on the future of the Colorado Air and Space Port click here.