Police departments across the U.S. are battling an officer shortage 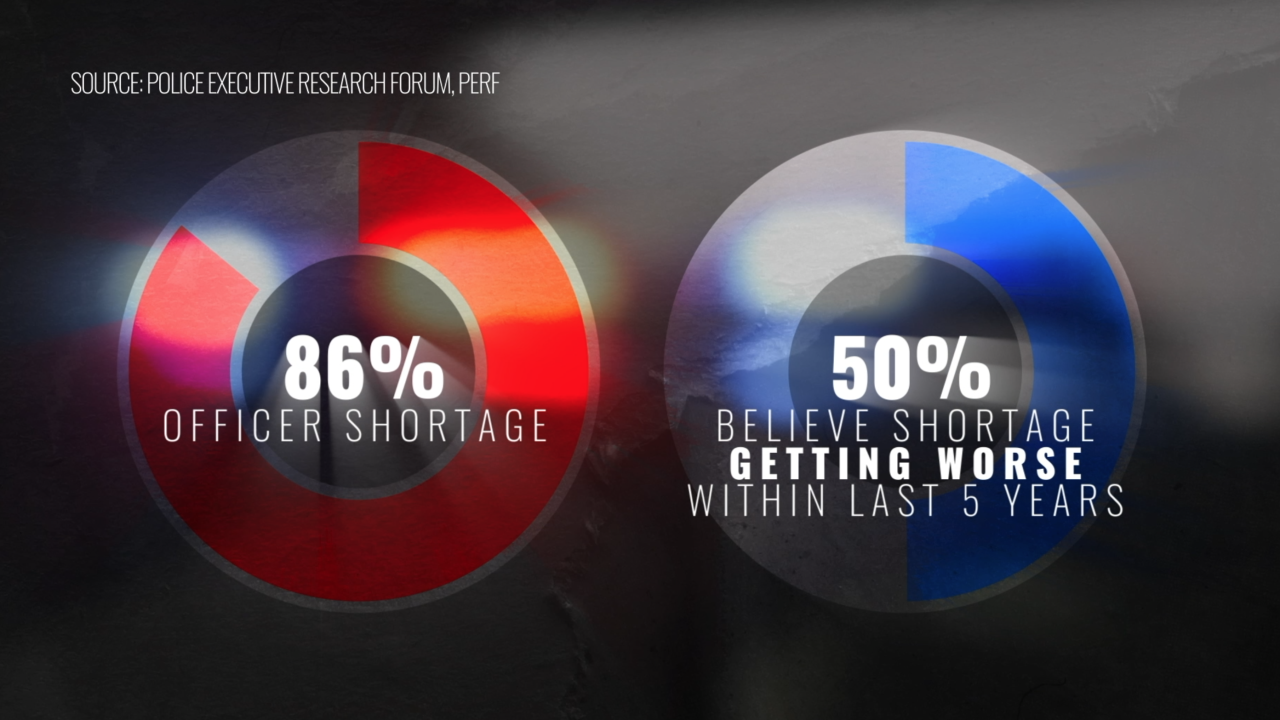 Across the country, 86 percent of police departments are dealing with an officer shortage. Half of those departments report the shortage has gotten worse in the last five years.

“I grew up in a police family,” said Captain Nick Augustine with the Montgomery County Police Department. “I always saw the police car in the drive way, and it was always a career I wanted to go towards.”

Augustine followed his father’s footsteps, put on a badge, and joined the force in 2001. He joined at a time when it was common to have legacy officers, meaning officers who were second or third generation police. However, with the declining number of people joining police departments, that has changed.

“We may have one or two applicants who come from the law enforcement family that are actually applying to be a police officer,” said Augustine.

As a captain in the Montgomery County Police Department, heading up the personnel division,
Augustine has seen the shortage firsthand. The shortage in both legacy officers and the shortage in the number of people join the force altogether.

The shortage at MCPD began in 2014. In August of that year, MCPD had 1,400 applicants for that academy class. The next class had only 600 applicants, which was a 58 percent reduction.

“That was alarming,” said Augustine. “We were still able to fill our class at that point, but over the last couple of session, that has dropped where we haven’t been able to fill classes.”

Any of the departments around the country, like Seattle and Miami, are dealing with shortages at a similar rate as MCPD. Adding to that, many departments are also seeing a rise in the number of officers resigning within the first five years on the job.

“Looking at reasons why our numbers are dropping, the economy right now is very strong with low unemployment numbers,” explained Augustine. “Veterans--which we tend to have apply to be law enforcement officers--are now being offered private contracting jobs, which is paying higher than a government job.”

To combat this, departments have increased recruitment efforts. MCPD has place billboards outside their county and streamlined the police officer application process.

“This is a rewarding career,” Augustine said. “You never know how many people you affect in the community by your actions.”