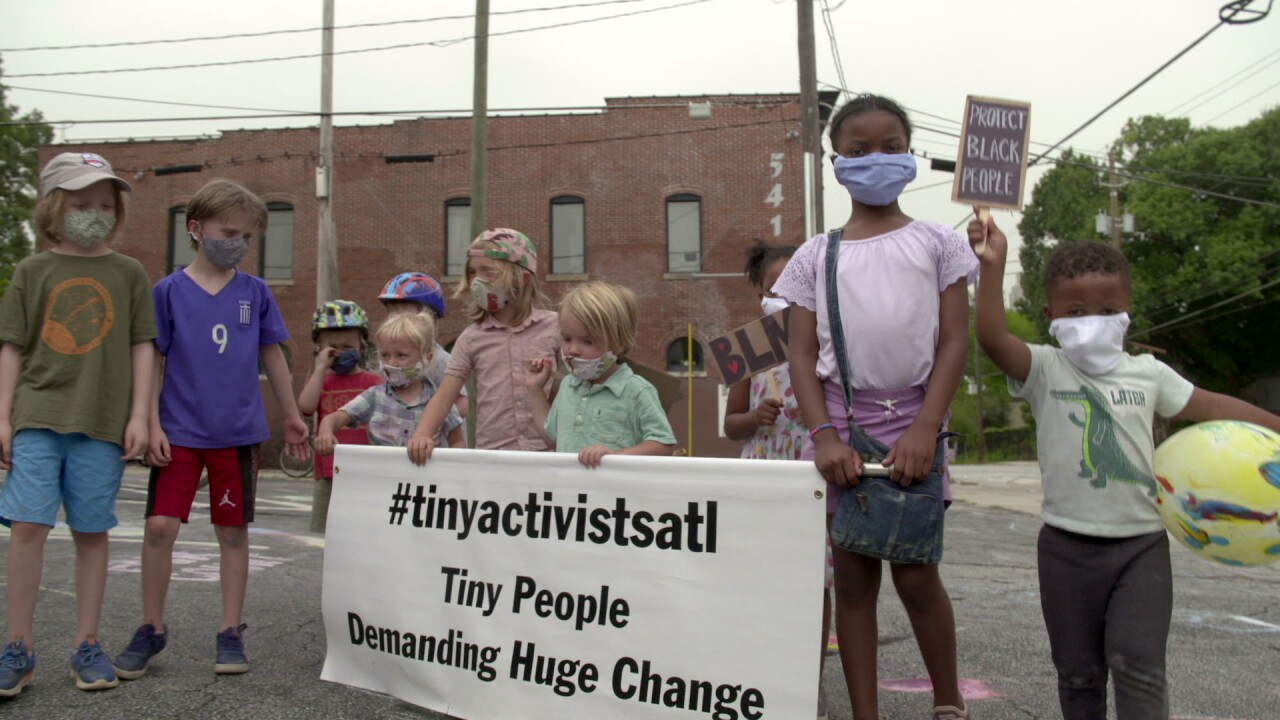 Two moms wanted a safe place to get their young children involved in the protests calling for police reform and racial equality. So, they created a group called Tiny Activists ATL, where their children could speak out in their own way.

“We are tiny people, demanding for a change,” said Addison Carroll, who isn’t even 10 years old yet.

These pint-sized protestors have a big mission.

“We want to see that everybody can be treated equal so that everyone can make a change,” said Carroll of speaking out about voting rights.

From marching the streets to going to the polls, these future voters understand how the system works. Even though they’re not of age yet, they want to be involved.

“What Black Lives Matter means to me is that black people can go outside and not feel bad because of the way they look,” said Carroll.

“It means that all lives are equal. All people are the same,” said 7-year-old Tinguely.

These kids want reform, especially after the death of George Floyd.

“What I saw on that video was horrible,” said Carroll.

When asked how watching the video of George Floyd’s arrest made her feel, Carroll stated, "Betrayed. Police officers are supposed to protect us, not harm us."

“I think it’s pretty rude of that person who killed him to be mean to him just because he used counterfeit money,” said Tinguely.

The group gathers each weekend, and their youthful activities, like drawing with chalk or making signs, comes with a discussion about real-life issues facing families today.

“We’re planning to go to more protests. We’ve already been to like 10 so far. It’s actually pretty fun,” said Sawyer.

“Our goal is to get our kids educated,” said mom Mary Williams.

Williams and fellow Atlanta mother of three, Fran Carroll, started the group to make sure their children understood the unrest happening in their community.

“This is what we stand for as a family,” said Fran Carroll. “This is the side we’re choosing to stand on in history. We’re going to stand on the right side."

If these tiny activists can teach us anything it’s simple: standing up for what you believe is has no height requirement, and wisdom doesn’t always come with age.

“A person any age could just change the world,” said Tinguely.

Carroll and Williams hope their families and this group will inspire others around the country to do the same with the young kids in their neighborhood.