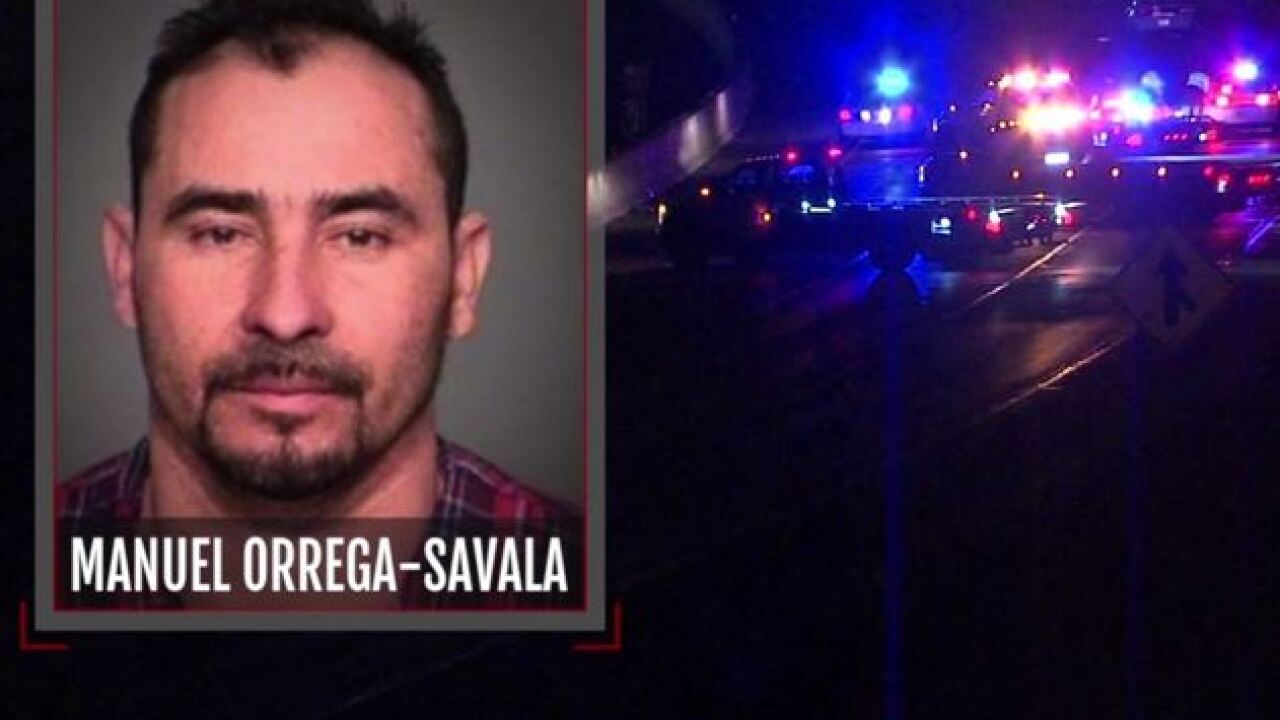 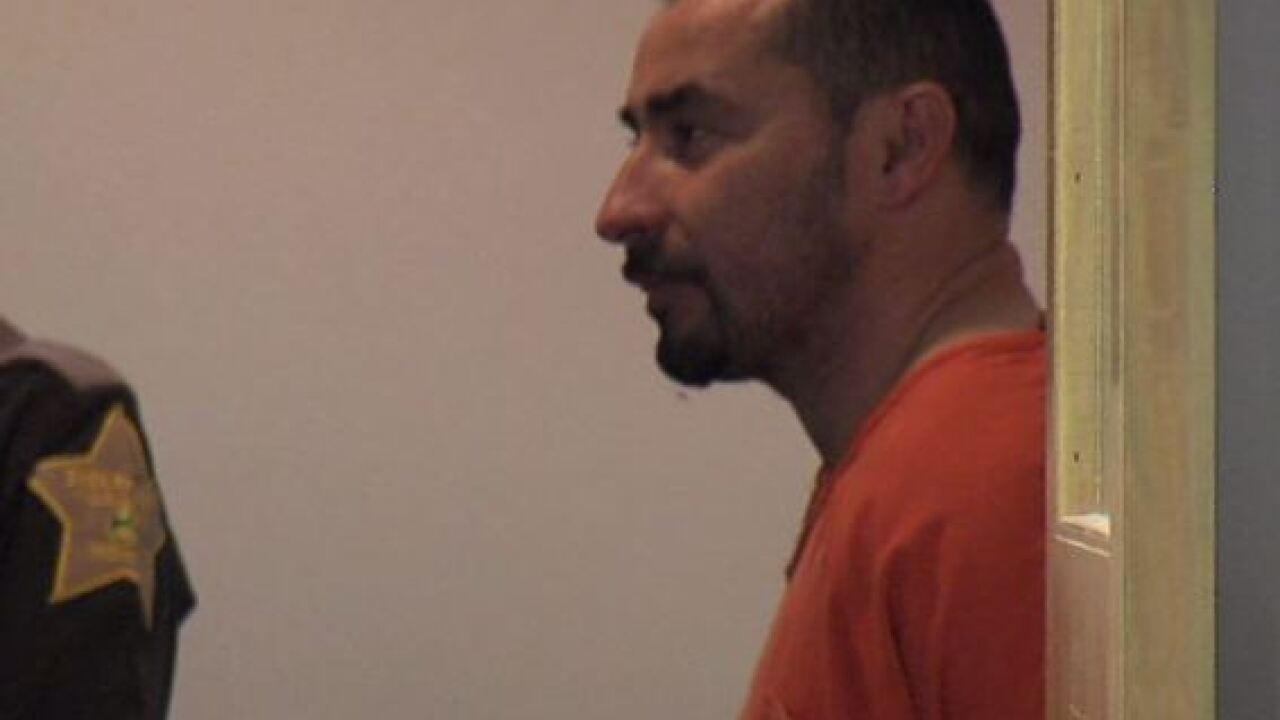 INDIANAPOLIS -- The man suspected to be drunk behind the wheel and causing an accident that killed two people, including a Colts player early Sunday morning wasn't supposed to be allowed back in the country until 2029, according to authorities.

Indianapolis police say Orrega-Zavala was drunk when he crashed into the back of a car pulled to the side of I-70 early Sunday morning killing Colts linebacker Edwin Jackson and Jeffrey Monroe.

PREVIOUS | Suspect in crash that killed Colts player was in U.S. illegally, had been deported twice

Minkler said Orrega-Zavala provided law enforcement officers with the alias, "Alex G. Cabrera" at the time of his arrest but Homeland Security agents soon discovered his real name was Manuel Orrego-Zavala, a citizen of Guatemala.

“The defendant in this case allegedly re-entered the country illegally for the second time before he put the public safety of Indianapolis at risk and took the lives of two innocent men early Sunday morning,” Minkler said. “In April, Attorney General Sessions directed all federal prosecutors to prioritize charging aliens that illegally re-enter the country, especially if they are a risk to public safety or there is a criminal history present. Following the rule of law is the foundation of our American democracy, and my office is committed to fulfilling the Attorney General’s directive.”

Orrega-Zavala had been arrested by Immigration and Customs Enforcement and Removal Operations (ICE ERO) in October 2006 and removed from the United States to Guatemala in 2007. At the time, he was prohibited from returning to the United States for 10 years.

He was arrested again in March 2009 and again sent back to Guatemala in May 2009 with an order prohibiting him from re-entering the United States for 20 years.

Immigration charges against Orrega-Zavala will remain pending until his charges in Marion County are investigated and concluded.

According to Assistant United States Attorney William McCoskey, Orrega-Zavala faces up to 10 years in prison if convicted.