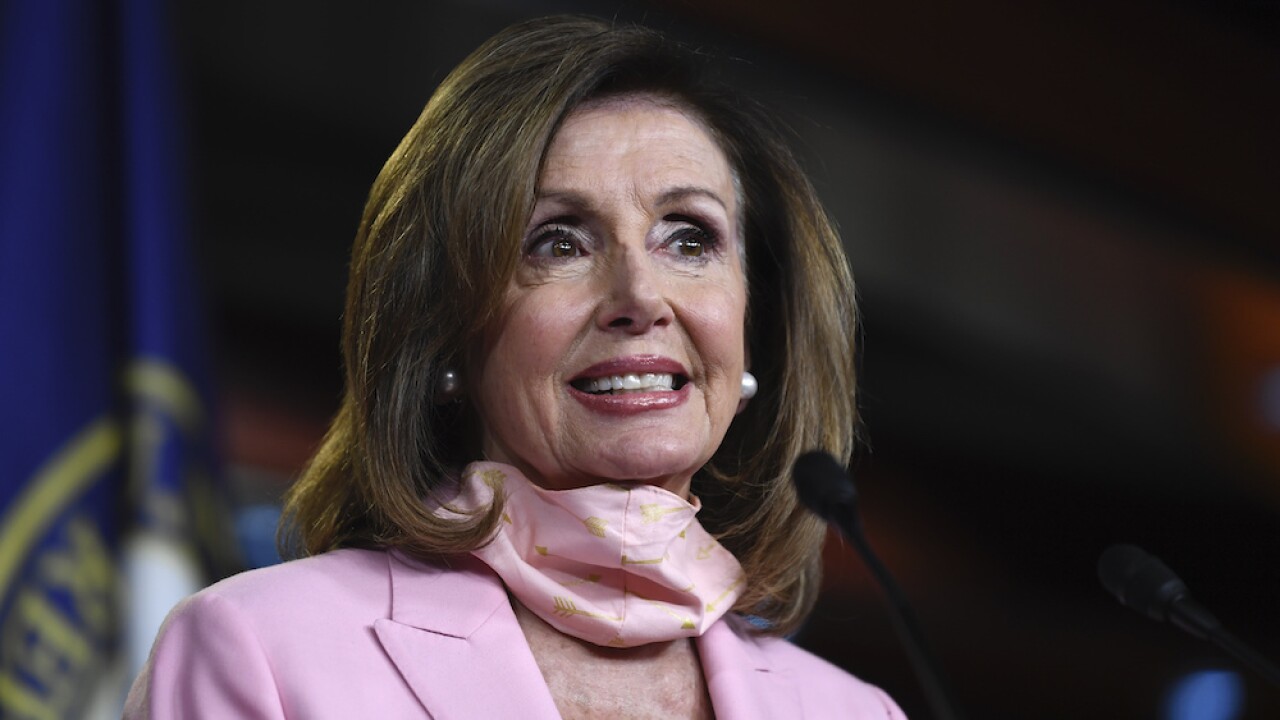 The bill introduced Wednesday, called Protecting Our Democracy Act, would, among other measures, limit the president’s pardon power, strengthen laws to ban presidents from receiving gifts or payments from foreign governments, better protect independent agency watchdogs and whistleblowers from firing or retribution and require better reporting by campaigns of foreign election interference.

"It's sad that the president's actions have made" this act necessary, Pelosi said.

Wednesday evening, President Trump refused to commit to a peaceful transfer of power should he lose the election. In response to his comment, Pelosi responded, “I have confidence in people."

A reporter pressed Pelosi about any action her or Congress may take in response to the president.

“I don’t think he’s worth the effort at this point. We have 40 days until the election," Pelosi responded.

"Her death is like a death in the family for so many in America,” Pelosi said, then pivoting to COVID-19 saying the country is also "mourning the deaths of 200,000 family members from the coronavirus."

Pelosi also reacted to the grand jury announcement in Louisville on Wednesday, deciding to bring charges against only one officer for firing shots into a neighboring apartment. She called on Congress to pass measures for police reform.

"There has to be respect for the police, but also respect and justice for all,” Pelosi said.