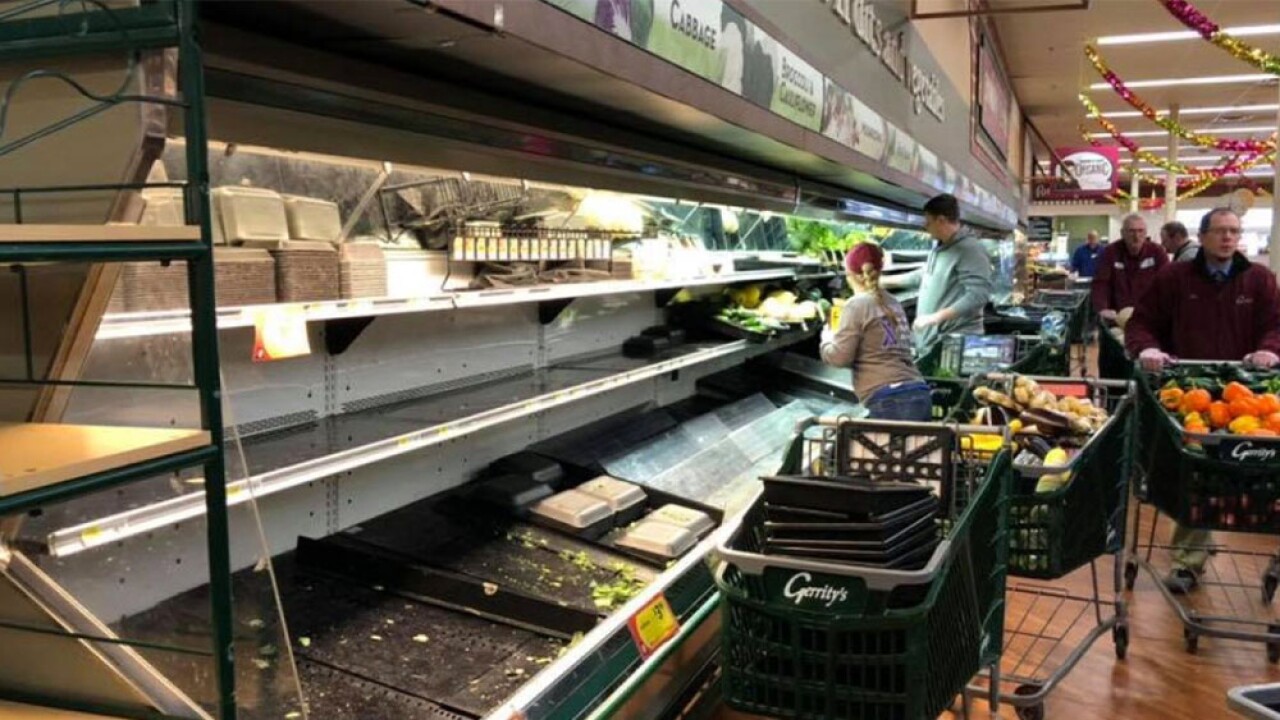 A Pennsylvania grocery store had to throw away more than $35,000 worth of food after a woman purposely coughed on fresh produce, meat, baked items and other food items.

The disturbing incident happened on Wednesday afternoon at Gerrity’s Supermarket in Hanover Township.

In a Facebook post, the store's co-owner said, a woman, who the police know to be a problem in the community, came in to the grocery store and purposely coughed on several food items.

During the incident, employees got the woman out of the store as fast as they could and called police immediately.

Later, the District Attorney’s office told the store’s owners they will be filing several charges.

In addition to the charges, they’re also working to make sure the woman is tested for coronavirus.

Even though the store managers believe the woman was doing it as a "very twisted prank," they took necessary precautions and had to get rid of all the food she came in contact with.

The company estimates the value of loss to be well over $35,000.

At this time, the store says they are working with the health inspector and their insurance company to see if it will cover any of the losses.

This story was originally published on WTXL.