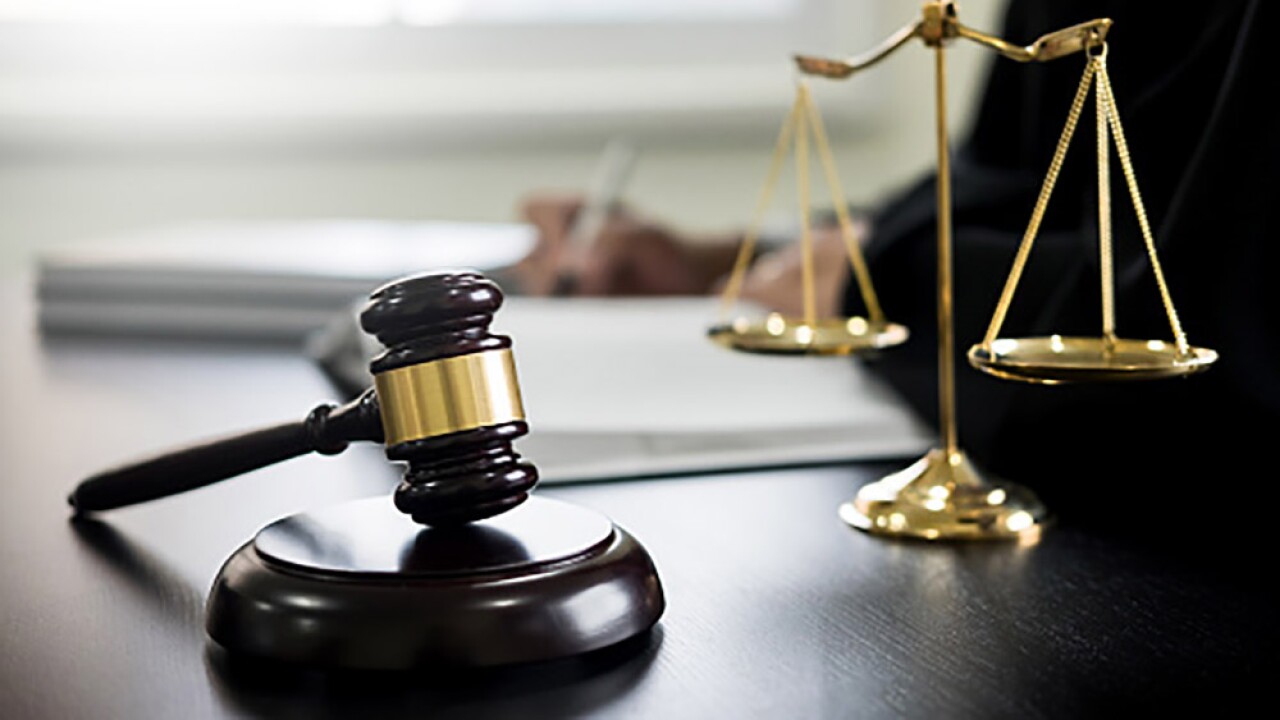 BALTIMORE — Two men were found guilty by a Baltimore City jury for a 2017 murder.

On Tuesday, Eric Dollson was sentenced to Life plus 15 years for the murder of Jose Gonzales-Jiminez in 2017.

"According to his roommates, the victim had a drug and alcohol problem and patronized prostitutes. His housemates last saw him alive on Tuesday, July 18, 2017 at approximately 2:00 to 3:00 in the morning where they heard him involved with a woman inside his locked room."

Following an examination, it was revealed that he had four stab wounds to the neck and one to the temple. Surveillance video revealed that the victim and a woman entered the dwelling, as well as two other individuals who were seen coming and going multiple times both on their own. Those individuals fled the scene with the woman.

A neighbor was interviewed at the scene and said that around the time of the victim's death, he heard thumping and sounds that indicated an assault.

The woman in the video was interviewed, Arnell Hoskinson, confirmed that she planned with Eric Dollson and Eric Brown to rob the victim.

Both Dollson and Hoskinson identified Eric Brown from a photo array. Hoskinson gave varying stories as to why she, Dollson and Brown wanted money from the victim. She also admitted that Eric Brown was the stabber during the attack.

"No one deserves to have their life cut short by another's actions, regardless of the struggles they are going through,” said State’s Attorney Marilyn Mosby. “The calculated and violent nature of this crime is horrific to imagine but it is my hope that the family of this young man will find some sense of justice from today's outcome.”