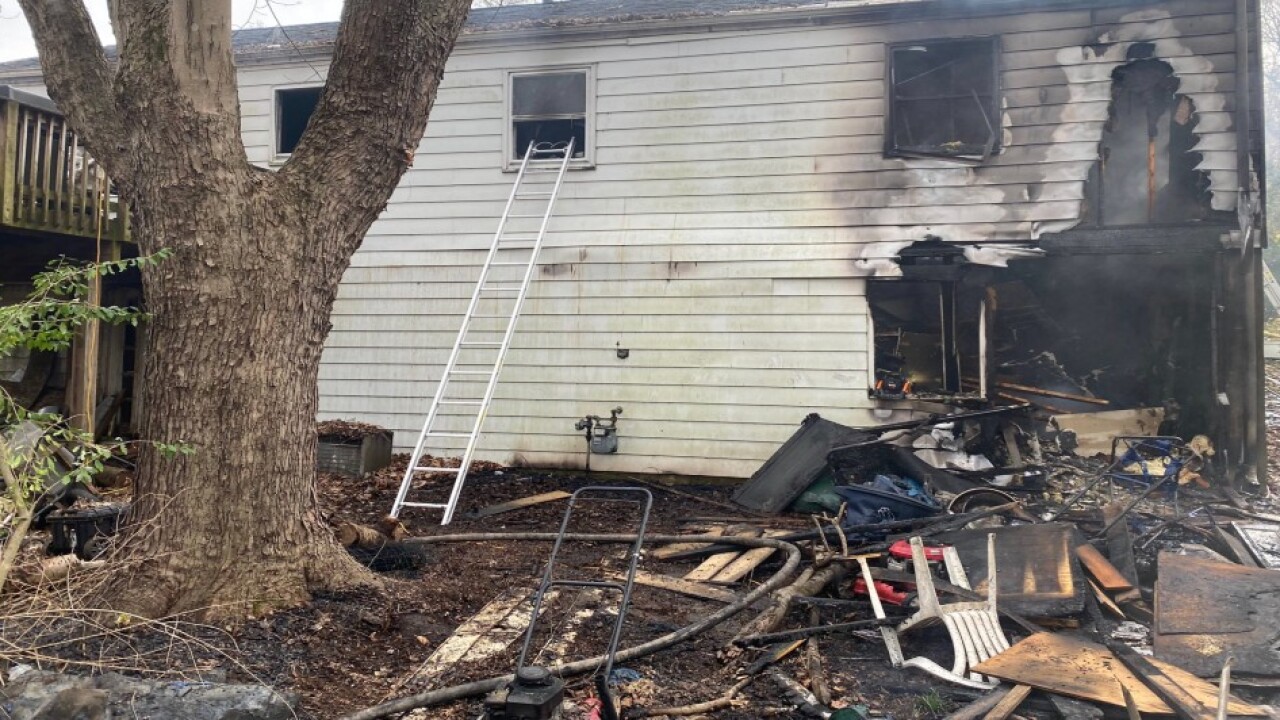 PRINCE GEORGE'S COUNTY — Two firefighters fell to the basement of a home while battling a house fire in Prince George's County.

At about 12:52 p.m. on Sunday, the Prince George's County Fire Department was called to the 13000 block of Barnwell Pl in Marlton for a house fire.

When crews arrived, they found a 1-story single-family house with heavy fire in the basement extending into the backyard.

The fire was quickly extinguished. During the incident, the first floor collapsed and two firefighters fell into the basement. A mayday call was sounded, but both firefighters were able to self-evacuate and had no injuries.

A third firefighter and a civilian were also evaluated by EMS on scene. No one was taken to the hospital.

Crews are working on hot spots and an investigation on the fire is under way.

More from Barnwell: Excessive storage conditions in basement. Fire was quickly extinguished. During the incident, 1st floor collapsed and 2 firefighters fell into the basement. Mayday call was sounded, both firefighters were able to self-evacuate and had no injuries. (More) pic.twitter.com/82RUYQG8xx