The man behind the banner 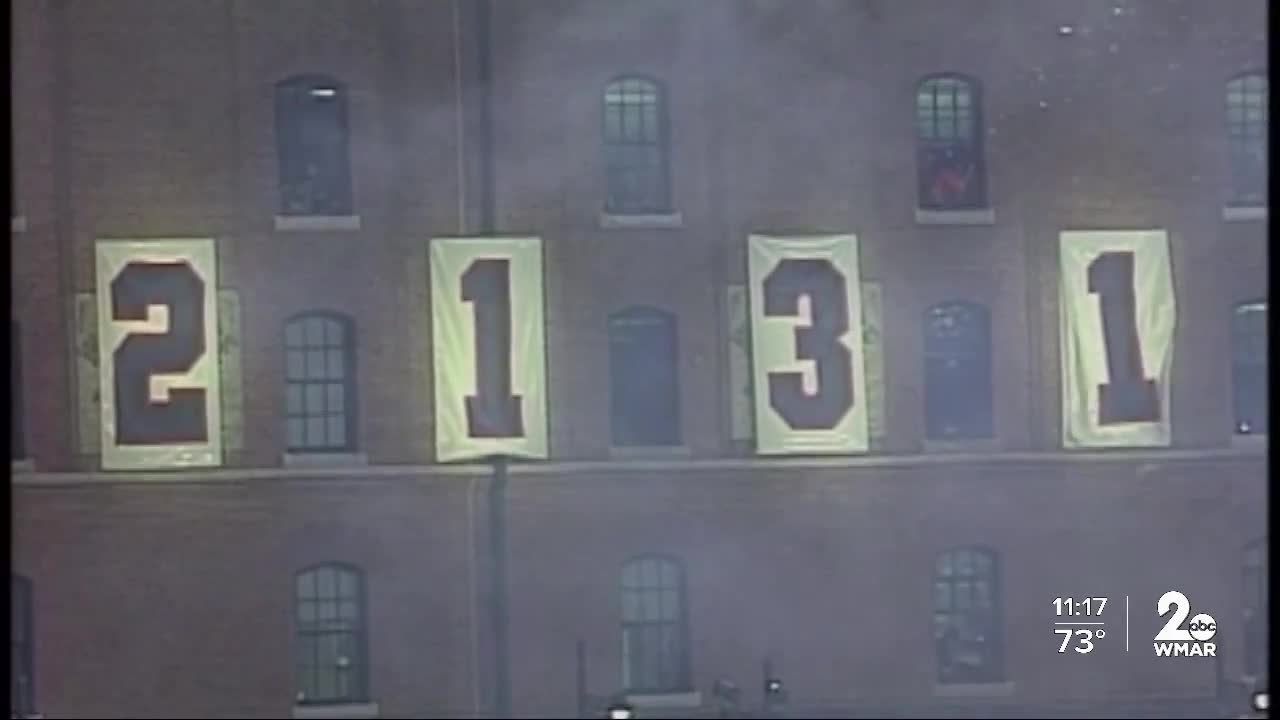 You may have a picture of dad, Dr. King, or Mother Theresa on your wall, but everybody has a framed picture of 2131 on their memory wall.

BALTIMORE — You may have a picture of dad, Dr. King, or Mother Theresa on your wall, but everybody has a framed picture of 2131 on their memory wall.

25 years ago, this night was in the historic hands of not Cal Ripken, but Phil Haxel.

He can't hit a slider, he can only backhand a fly at a family picnic, but man he knows his numbers. Let me name drop Haxel the man who dropped the numbers off the bricks for Cal's record breaking night.

Mid-season, Angela White and Oriole Hall of Famer Julie Wagner came to Phil with an idea: make the banners.

After all his family business has been waving flags, banners and signs for 85 years.

So once the last out in the fifth made it official, Phil grabbed the rope in the fourth floor warehouse building, his knees knocking. It was a relay from the press box to a speaker phone in the office.

And once the banner is unfurled and Cal is running around shaking hands, Haxel is just left shaking.

25 years later his heart still pounds with pride, he can still feel the rope burning in his hands, as Baltimore's banner boy is now part of our history.

You can hang it on the wall.