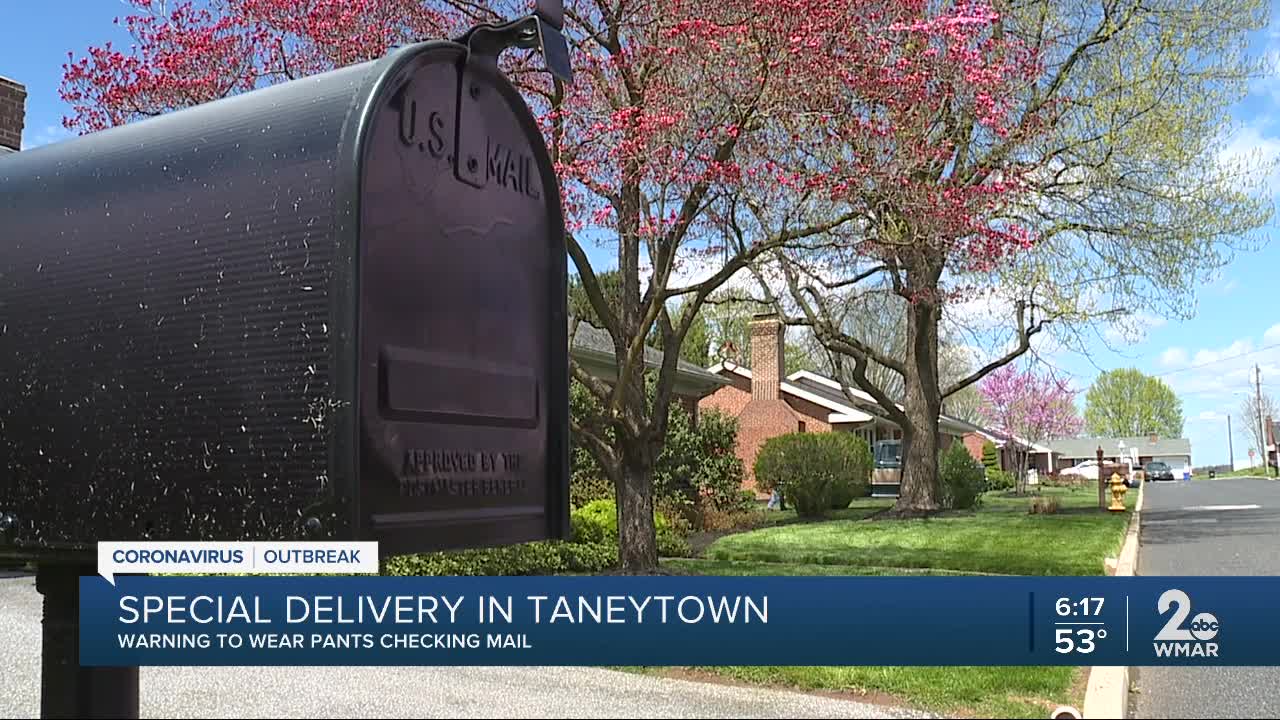 Taneytown Police are reminding residents to wear puts when checking their mailbox.

TANEYTOWN, Md. — In this new-found era of “Stay home. Save lives,” comes this Facebook post from Taneytown police---“Please remember to put pants on before leaving the house to check your mailbox.”

“I know a friend that used to do that, and he lives in Taneytown,” said McKenzie Carter when she learned of the post.

In a town of about 7,000 people, the post represents a well-kept secret.

For now, no one knows who the person is or their gender for that matter, but there’s speculation.

“Do you think they’re talking about a guy or a girl?”
“A guy,” Carter replied.
“Why?”
“Because I don’t think a girl would do that,” she explained.

“It’s really funny to me,” said Tiffany Robertson. “It’s funny how men can go in their underwear and just have a good old day. It’s really nice. Hey, you have to have a breeze somehow, you know?”

The post ends on an ominous note, which reads, “You know who you are. This is your final warning.”

We came up empty in our quest to find out if someone got an eyeful and tipped off police, but depending upon the suspect, plenty of people could be on the lookout.

“Probably,” said Robertson. “Probably get his number too. See what size boxers he’s wearing or something.

While experts can’t seem to agree on whether warmer weather will help in some way to combat COVID-19, there’s little question that cooler weather offers hope that the bare-legged mail gatherer may wear at least one extra layer of clothing.